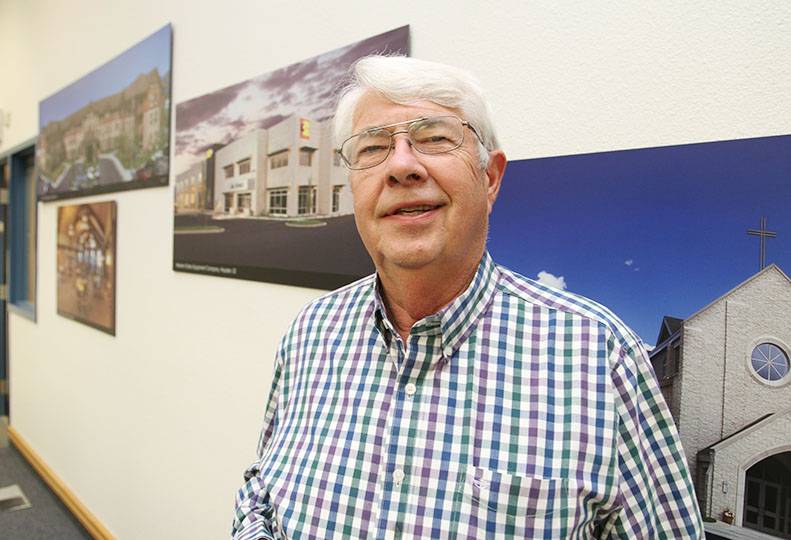 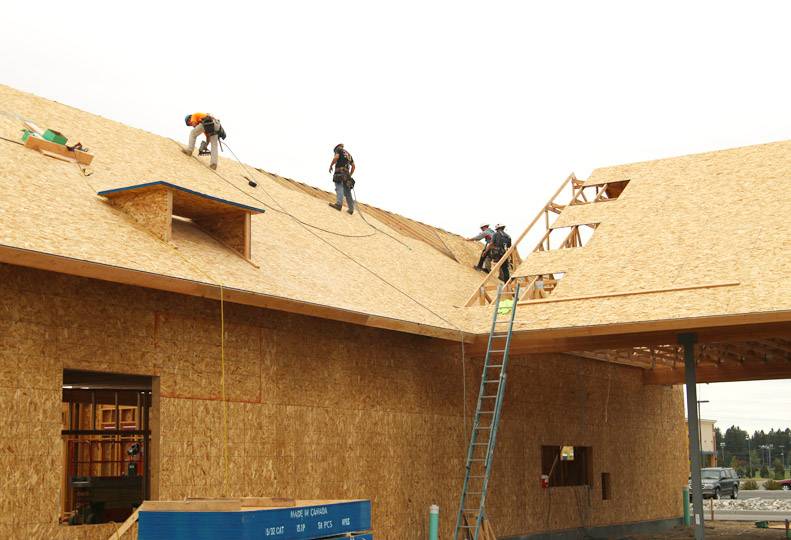 CNI has charted a respectable year in 2013, buoyed in part by the $14.6 million McEuen Park project in Coeur d’Alene, Haagenson says.

Although last year’s revenue was up 74 percent from a 10-year low of $19 million a year earlier, the company’s revenue this year is coming in at a slow pace, Haagenson says.

He describes CNI as an industrial contractor that has carved its niche with projects involving drinking water and wastewater treatment plant construction and improvements, although the company also builds schools, churches, multifamily housing, and commercial projects.

Haagenson says the engineering background that he and some of the staff bring to the company make it suited for more technical plant, industrial, and commercial construction.

CNI has a core staff of 12 employees based at its Coeur d’Alene office, at 3731 N. Ramsey Road. It also has about 30 construction workers on various projects, Haagenson says, adding that CNI’s staffing level has been static for the last few years.

CNI also has a small office in Boise, where two project managers are based. The Boise office focuses mainly on projects in the Treasure Valley and Magic Valley areas of southern Idaho.

Some of CNI’s larger projects in recent years include the $8.2 million Kootenai Cancer Center in Post Falls, a $10.5 million wastewater treatment plant upgrade in Coeur d’Alene, and an $18 million financial center in Sandpoint.

Winning a bid or two on projects of that scope can be the difference between an up or down year, he says.

CNI can handle four or five jobs with the scope of the McEuen Park project, Haagenson says.

“We would love to have that problem,” he says.

The park project converted seasonal softball fields to a year-round, multiuse park that links the downtown area and Tubbs Hill.

CNI also is the steel and concrete subcontractor with a $4.1 million share of the $57 million Kootenai Health expansion project, for which Bouten Construction Co., of Spokane, is the construction manager.

Its smallest project, replacing decks on an apartment complex, is a few hundred thousand dollars, he says.

“Over the years, we haven’t had all that much work in Spokane County,” Haagenson says. “There’s a good, aggressive construction community with no shortage of competition in Spokane.”

Looking beyond 2014, Haagenson says CNI is on a good path.

“I think revenue will be up in 2015,” he says. “We’re going into it with a better backlog than we had to start this year.”

One of the company’s next goals will be to compete for jobs that call for companies to fill the dual role of general contractor-construction manager, which a recent change in Idaho law now allows.

Before the change in the law, companies that managed projects on behalf of public entities couldn’t also be the general contractor.

Haagenson says he sees the general contractor-construction manager role as the coming trend because it can put projects on a faster track, potentially reducing costs.

CNI has managed some projects previously, but its focus has mainly been on general contracting and subcontracting, Haagenson says.

“Our ability to sell ourselves as a construction manager is going to be a challenge,” he says. “You can’t just rest on the fact that you’ve been around a while, but it should count for something.”

Haagenson and Bob Wheeler founded CNI in 1975. Haagenson, a North Idaho native, was born and raised in Bonners Ferry, and Wheeler grew up in southern Idaho.

Wheeler retired in 2000. Haagenson established an employee stock ownership plan three years later. He still is the majority owner of the company. Employees own 46 percent of the company through the ESOP, and Bryan Taylor, CNI’s president and chief operating officer, owns 3 percent.

Haagenson, who will be 73 years old this month, says he’s thinking about retirement, but that may still be a few years off.