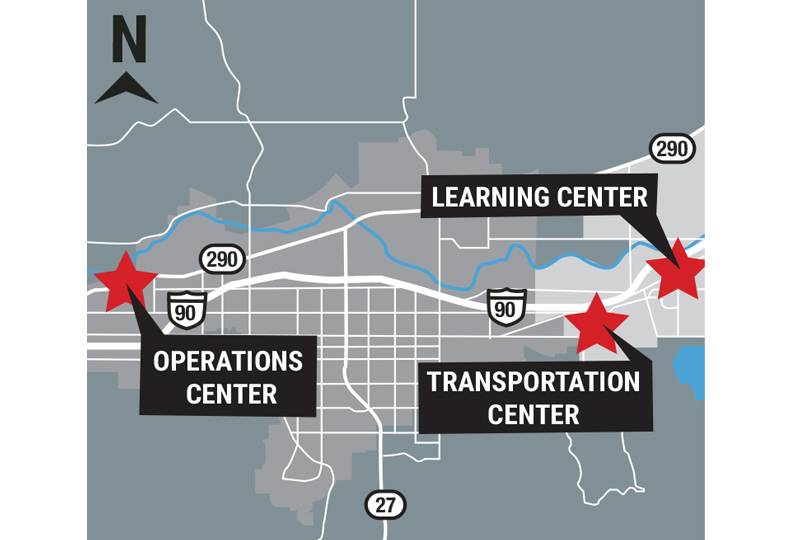 Central Valley School District is preparing for growth with a planned move of its district operations, transportation, and administrative facilities, beginning next fall.

The new locations will give the district the space it needs to accommodate future needs, says Superintendent Ben Small, who adds that the population within the school district’s boundaries are expected to exceed 100,000 within a few years.

According to the district, student enrollment at CVSD is expected to increase by over 3,000 students by 2029. It currently has over 14,000 students between its 29 schools.

“As we evaluated our current support services structures and buildings, we’ve come to understand that we’re not positioned to support that growth,” he contends.

He adds, “One of the things that our school board has encouraged us to do is to look forward in a fiscally responsible way to meet the needs of our growing school district.”

The administrative offices will move into an existing 34,000-square-foot building at 2218 N. Molter Road, in Liberty Lake, that the district purchased in June. That structure will be renamed the Learning & Teaching Center.

The District Operations Center plans move to 4625 E. Trent, in Spokane, which currently has four structures totaling 75,000 square feet and is occupied by a Western States Equipment Co. Dealership.

The school district currently has an agreement with Western States to buy the facility and expects to close on the property in summer 2022.

Western States broke ground on a new $30 million facility on Cataldo Avenue early this year, where it plans to consolidate its Spokane County operations.

The district also plans to build a new transportation center, which will have 60 bus parking stalls, near Ridgeline High School, at 280 N. Henry Lane, in Liberty Lake.

To fund the move, the school district sold its properties at 44th Avenue and Bates Road to the city of Spokane Valley for $1.6 million in June 2021, and the former University High School site at 10212 E. Ninth in Spokane Valley, which sold in 2017 to the Spokane Valley Christian School for $4.4 million.

Additionally, the district plans to sell its current administrative facility at 19307 N. Cataldo.

Altogether, the property sales are expected to bring in a revenue of $11.38 million, according to information posted to the district website.

CVSD anticipates it will spend a total of $10.6 million on the move: $4 million on the purchase and renovation of the property on Molter Road, $4.1 million for the purchase of Western States site, and $2.5 million to build the transportation center, according to information posted to its website.

Regarding the new Learning & Teaching Center, which will accommodate offices for the fiscal services, human resources, learning and teaching, and professional development departments, Small says, “It’s a permanent location for us in the Central Valley School District.”

Additionally, work on the transportation center near Ridgeline is slated to begin soon, with the district recently awarding the building contract to Spokane-based Garco Construction Inc. The project was designed by the Spokane office of DCI Engineers.

That facility will allow the district to expand its transportation functions and bring in more mechanics.

CVSD currently employs about 2,100 employees. It has no current plans to increase its central office staff, Small says.

The district plans to move into the new transportation center and the Learning & Teaching Center by October 2021. The move to the new operations center is expected to occur in early fall 2022.