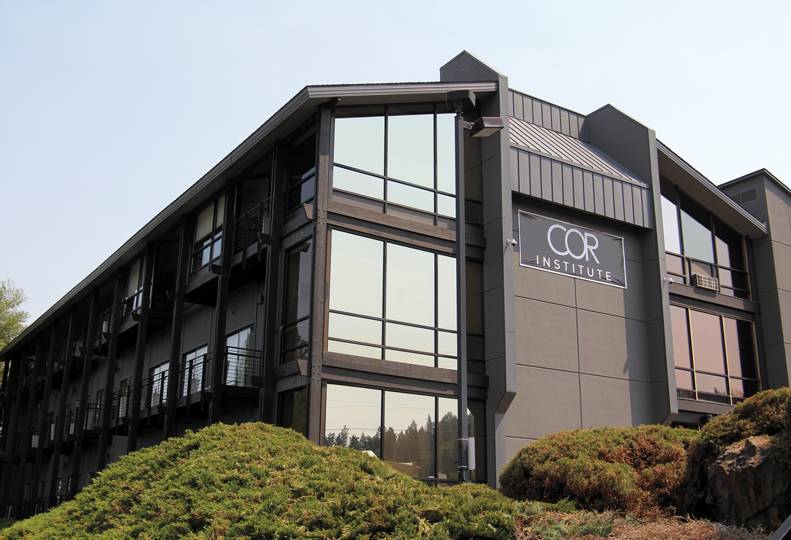 The Center of Rehabilitation Institute LLC has opened at 501 S. Bernard, in the former Fidelity Insurance building, as a home for a variety of medical treatments to offer a one-stop shop for wellness, says co-owners Armand and Maile Mohsenian.

The Mohsenians are among a five-person ownership group, consisting of former college athletes from Eastern Washington University, Gonzaga University, and Whitworth University, that purchased the 17,000-square-foot three-story building in March for $2.7 million, according to Spokane County Assessor’s Office records.

The Mohsenians’ company, COR Regenerate, offers a carbonic acid ozone sauna, hyperbaric chamber, cryotherapy chamber, near-infrared sauna, and a circulatory system stimulation, all of which are designed to work through different methods to detox a person’s body. Additionally, the Mohsenian’s own and operate both Inland Empire Therapy and Inland Empire Pediatric Therapy, which are located on the first and second floors of the building.

The organization’s clinics all moved from previous locations throughout the Spokane area and consolidated 24 therapists into the building, says Armand. The physical therapy clinic serves about 450 families a week, he asserts.

The second floor also is occupied by COR Regenerate, along with incubator space intended for treatment practices getting off the ground, he says. Five medical practices, a medical sales startup, and an esthetician currently are occupying incubator space. Only two spaces are currently available.

“There’s people that want to try their own thing that are here a day or two a week just getting their practice off the ground,” he says.

The top floor is occupied by Built to Move, a chiropractic and sports rehabilitation clinic, along with a Nutrishop outlet.

Most of the building was ready to move in, say the Mohsenians, but the first floor which required a full renovation. Work was completed by Garrett Construction Services, of Spokane.

Eleven companies currently are based in the building.

The team also plans to build a therapy garden area on the west side of the building for outdoor space, they add. Washington Trust Bank, which financed the purchase, also has committed to donating funding to build the garden, and EWU is considering a collaboration, Armand adds.