Growing pains on the Glenrose prairie 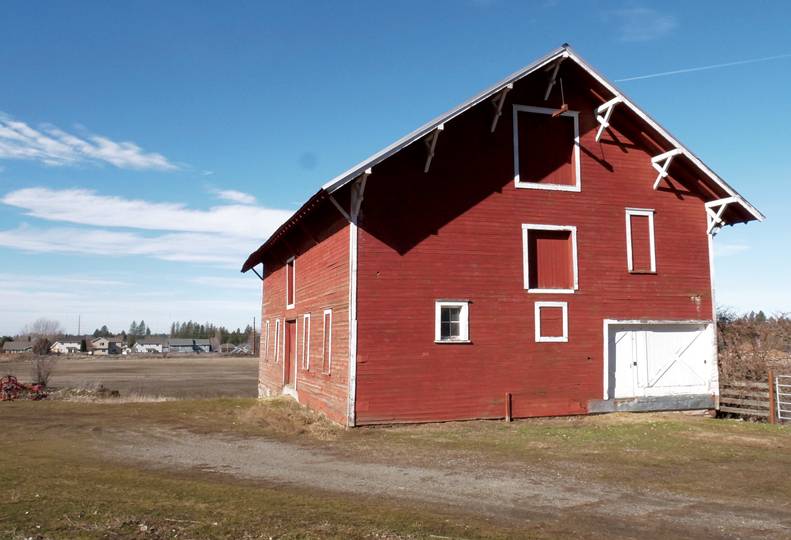 -Erica Bullock
A barn is situated on a site that is envisioned to be home to new South Hill YMCA facility in the coming years.

Wide open spaces, scenic views, and large houses surrounded by farmland have made an ideal neighborhood for about 1,600 households in the Glenrose area just east of Spokane, and residents have been active in an effort to protect the countryside atmosphere of their community.

Three major projects have the potential to change the landscape of the traditionally agricultural area: a housing subdivision, a YMCA fitness center, and the long-disputed Spokane Youth Sports Association sports field complex.

Some community members here say development in Glenrose is necessary in the current real estate market. Meanwhile, residents have voiced resistance to proposed developments in the historically agricultural area.

“I’ve interviewed probably 700 people in this community, and one thing that’s pretty universal is the people here really appreciate the rural character of the place,” says longtime resident and president of Glenrose Association, Bob Hyslop. “The question is, do they appreciate it enough to want to keep it that way?”

From a developer’s point of view, Dave Black, CEO of Spokane-based commercial real estate brokerage NAI Black, says Glenrose residents should expect growth to continue to encroach on its community.

The association has been fighting plans to develop the sports fields for 14 years now, and that well-documented fight has landed in court.

The residential subdivision, one of three major projects in the area, known as the Ansett Property, lies west of Chase Middle School, east of South Glenrose Road, north of East 37th Avenue, and south of East 29th Avenue.

A notice of application filed with the Spokane County Building and Planning Department describes plans for a 25.5-acre parcel of land to be divided into 93 lots for single-family residences in the low-density residential zone.

Hyslop says the Glenrose Association’s only complaint about the Ansett property is that it will increase stress on the infrastructure in the neighborhood.

“The bottom line is those people have all the rights in the world to develop it and put more houses there,” Hyslop says. “The biggest impact that I see is traffic. If the traffic is so intense at an intersection and you have to wait for 50 cars, that could get pretty old in a hurry.”

Just under two miles south of the Ansett site, YMCA of the Inland Northwest purchased 15 acres last month. The nonprofit intends to build a South Hill facility at the farm site, at 5020 S. Glenrose Road, which is west of South Glenrose Road and north of 57th Avenue.

He contends that so far, the proposed YMCA facility has had great feedback from area residents.

Lesher says he was made aware of concerns about traffic and light pollution from previous developments in the area, so he says he wants to involve the communities as much as possible in the plans for the site.

Black, of NAI Black, says he’s been a longtime developer of South Hill projects and has experience working with communities concerned about new developments.

“I developed the Target center at Regal and Palouse,” Black says. “I’ve built a Divine’s Auto and a Dairy Queen at 57th and Palouse. I tried to make a deal with the Bauer family on the property that’s going to be the YMCA.”

Black says Glenrose residents are active, involved, educated, and have always liked the rural nature of the neighborhood and have fought to protect it.

With the Target shopping center project, which is situated in the Southgate neighborhood well west of Glenrose, Black says residents were initially against the development due to their proximity to the site. However, as a developer, Black says he needed to balance the needs of the community with the immediate neighborhood concerns.

Black adds that, in his experience, residents will oppose a project they don’t like until it’s complete, and then they will love it.

“When I developed the Target, it didn’t matter how close people were to it; they didn’t want it. Then they were the first ones to go in and shop there as soon as it opened,” Black asserts.

The Glenrose Association, which is dedicated to the preservation of the rural character of the area, has been against a third well-known development project proposed by the Spokane Youth Sports Association.

SYSA has plans to build a $2.2 million complex, called Zakheim Youth Sports Complex, according to project details on file with the Washington state Recreation and Conservation Office.

The Glenrose Association contends that the major concerns with the sports facility are increased traffic and light pollution.

The development involves 20 acres of agricultural land on the southeast corner of Glenrose Road and 37th Avenue, where SYSA plans to build what it describes as a community recreational facility.

“It’s going to change the whole character of the place and ruin it. Absolutely ruin it,” Hyslop says.

He explains that the association wants the project to be described as an outdoor sports complex, which isn’t allowed per zoning codes to be constructed in the neighborhood. He adds that residents have been opposed to the project due to concerns of light pollution, increased traffic, and wildfire safety, since it first learned of the plans in 2008.

Hyslop says, “Their position is that in our rural area the only thing allowed is a community recreation facility, so that is what the proposed sports complex must be.”

The Glenrose Association Board of Directors has appealed a decision regarding the Spokane County Hearing Examiner’s decision to classify the SYSA sports fields as a community recreation facility instead of a sports complex. A hearing date hasn’t been scheduled yet, Hyslop says.

A representative from Spokane Youth Sports Association couldn’t be reached immediately for comment.

Lesher, of YMCA of the Inland Northwest, says he deals with the same issues in his neighborhood near the Dwight Merkel sports complex as the Glenrose residents, so he can understand the traffic and light pollution concerns the residents express.

“At playfields, every hour, on the hour usually, there’s a large group of cars that come in to play and a large group that leaves,” Lesher says. “On top of that, there’s the stadium lights where those games can last into the dark hours. I understand the concern with that there.”

Hyslop says the Glenrose Association’s main goal is to inform residents about area changes. He adds that the association isn’t a homeowner’s association, it doesn’t collect dues, and it doesn’t have power to enforce any rules or mandates.

He adds that although the association has an image of being antidevelopment, the Glenrose area, “has value to the people that live here and the people that visit. On one hand you look at this expansive land and think of it like low hanging fruit to develop. Or, we can keep this as a place to enjoy.”