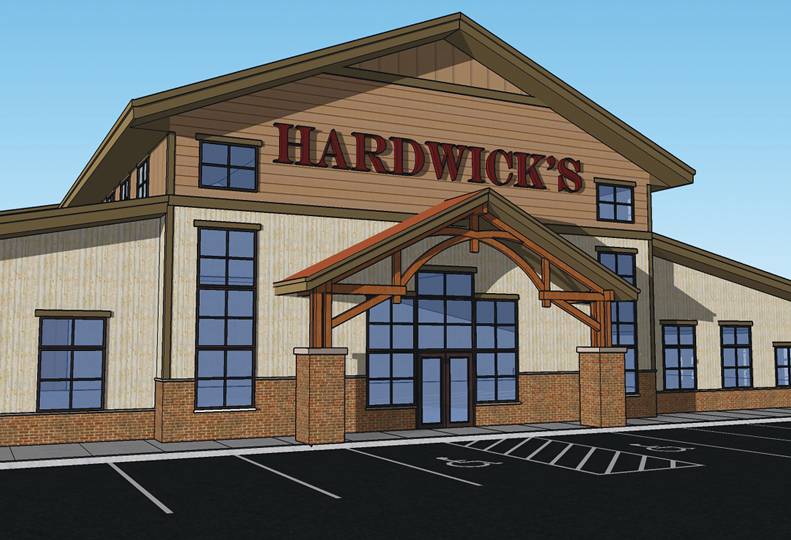 Hardwick & Sons hardware store has selected a site along east Mullan Avenue in Post Falls for its new store, the architect on the project says.

Mark Latham, owner of Post Falls-based ML Architect & Associates Inc., says a 22,000-square-foot building valued at $2.8 million will be built just west of the Mullan-Idaho state Route 41 junction. The address will be either 3820 or 3850 E. Mullan—Latham says two parcels were combined, and he’s not sure which address the city’s planning department will use.

A single-family house on one of the parcels has been demolished in preparation for construction of the Hardwick & Sons store, Latham says. The property was part of unincorporated Kootenai County, Latham says, and had to be annexed into Post Falls and zoned for commercial use before the two parcels could be combined.

Grading work has begun on the site, and construction will take place over the winter months. Latham says the project is expected to be completed in late spring, with the store opening a month or two later.

As previously reported in the Journal, third-generation Hardwick & Sons owner Dean Hardwick decided earlier this year to leave the Seattle neighborhood that had been the hardware store’s home for nearly nine decades due to rising taxes, among other factors. Hardwick & Sons was known in Seattle for the multitude of tools and products it stocked.

Hardwick had planned to move the business into an existing Post Falls space, but Latham says Hardwick was unable to find a building large enough to accommodate the store’s famously voluminous inventory.

“He really wanted to make a class A building that can be a long-term investment,” Latham says. “He’s trying to do a nice retail facility, (sell) unusual tools, and hopefully, it’ll become a destination for people to come through and stop there.”