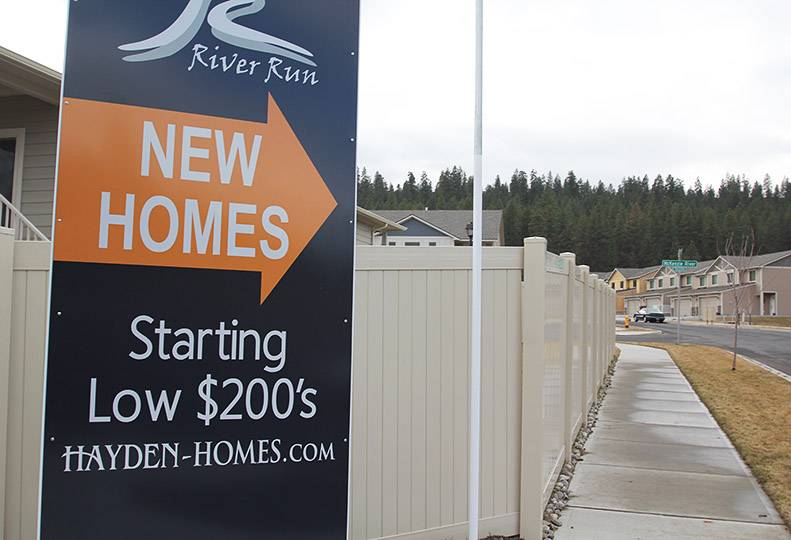 Hayden Homes will acquire the lots in a phased approach over the next several years, says Erin Martin, a Hayden Homes spokeswoman.

Meantime, Copper Basin plans to focus on its land development and multifamily residential construction, while it phases out of single-family home construction, says Linda Rohlinger, a spokeswoman for Copper Basin.

Copper Basin owners Steve White and Greg Gervais founded the company in 1994, and since then it has built thousands of homes in North Idaho and Eastern Washington, Rohlinger says.

The companies decline to disclose the terms of the agreement.

The lots are located in various subdivisions in the Spokane-Coeur d’Alene area, and in Pullman.

Copper Basin’s multifamily projects include the 118-unit Cottages at River Run luxury apartments in northwest Spokane, and an 80-unit apartment complex in the Mill River development in east Coeur d’Alene.

Copper Basin will maintain most of its core staff of about 15 employees, Rohlinger says. A few Copper Basin employees likely will be hired away by Hayden Homes, she says.

“We use a number of contractors, subcontractors, agents, and brokers from the community,” Rohlinger says. “A big team supports Copper Basin.”

Copper Basin will complete homes that it has started building and will honor outstanding warranties for homes it has built, she says.

Martin says Hayden Homes expects to expand its workforce here as a result of the acquisition.

Companywide, Hayden Homes sells about 1,000 homes annually and expects to more than double that production by 2020, she says.

“The Copper Basin lots will be instrumental to helping Hayden Homes expand in the Inland Empire as part of this goal,” Martin says.

Hayden Homes specializes in entry-level, or “value-niche,” homes, focusing on much the same market segment that Copper Basin had targeted.

“Price points vary by market but our median home price is around $230,000,” Martin says.

Martin declines for now to disclose all of the subdivisions with lots involved in the agreement.

However, she says subdivisions that Hayden Homes is entering this year include River Run, in northwest Spokane; Harvest Bluff, in Cheney; Country Meadows, in northwest Post Falls; Tullamore, in northeast Post Falls; Corbin Crossing, in Rathdrum; and Whispering Hills, in Pullman.

Of those, Copper Basin had been active in River Run, Tullamore, and Whispering Hills.