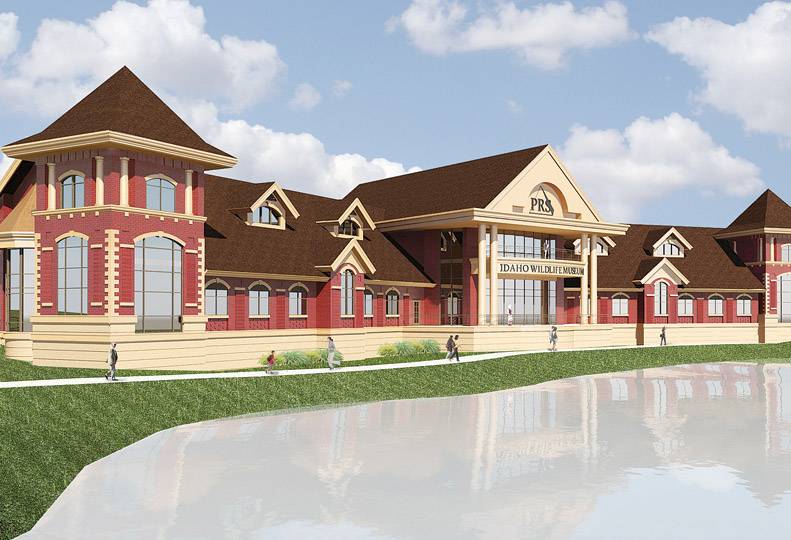 Dan Pinkerton, founder and president of Coeur d’Alene-based wealth management company Pinkerton Retirement Specialists LLC, and his wife, Kathryn, plan to open a unique museum in a building that’s under construction in the Riverstone development northwest of downtown Coeur d’Alene.

The museum, to be called the Idaho Wildlife Museum, will take up 14,500 square feet in the 24,500-square-foot, two-story Pinkerton office building that’s going up at 2000 W. John Loop, on the northwestern shore of a small lake in the center of Riverstone, Pinkerton says.

The Idaho Wildlife Museum name will be displayed prominently over the center section of the lake-facing side of the building, he says.

Construction is scheduled to be completed in the fall.

“We’re planning to move in on Oct. 1,” Pinkerton says.

The building will have more than twice the office space that Pinkerton Retirement Specialists currently occupies at 2141 N. Merritt Creek Loop, at the south end of Riverstone. It also will include one top-floor luxury condominium for visiting clients, guests, and family.

The Idaho Wildlife Museum will display more than 80 bronze wildlife sculptures created by local, national, and international artists. The collection will include 49 animals that are native to Idaho.

Pinkerton says he’s been collecting the museum items over a number of years.

The sculptures also will be featured in an upcoming coffee table book to be titled “A Legacy of Character.” The book will feature images of the artwork, wilderness photography, and business success stories from Idaho. Pinkerton says the book likely will be published in 2016.

Pinkerton says the inspiration for the museum and book was kindled by his involvement in the Idaho Character Foundation.

The Pinkertons founded the foundation in 1996 to encourage character training throughout the community.