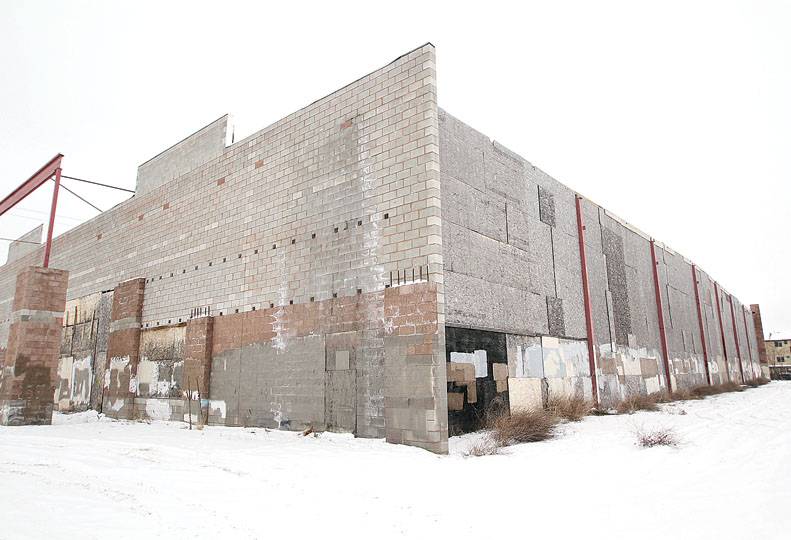 -—Mike Mclean
Sportsman’s Warehouse plans to open a 36,000-square-foot retail store sometime next year at the site of the long-stalled construction project at 6720 N. Division.

Sportsman’s Warehouse, the Utah-based national outdoor recreation and sporting goods chain, plans to re-enter the Spokane market with a new store to be located at a long-dormant construction site on the North Side.

The company has filed a predevelopment application proposing a 36,000-square-foot store at 6720 N. Division, the site of the once-planned Diamond Shopping Center, owned by prominent Spokane developer Harlan Douglass and his wife, Maxine.

Predevelopment is an optional preliminary stage of the city of Spokane’s planning process in which the city aims to identify potential obstacles to a proposed project before the applicant files for land use and building permits.

The predevelopment information says the applicant plans to apply for a building permit for the project later this month.

Anderson says it would take at least a year to complete the two-phase project and open the doors of the new store. New Sportsman’s Warehouse stores hire an average of 50 employees, he says.

Douglass originally started site work in 1997 for the Diamond Shopping Center development, an envisioned 124,000-square-foot retail center in which a Lighting World & Design Inc. store was to be an anchor tenant. However, a $5.5 million project that included a 27,000-square-foot structure for Lighting World was halted in the middle of construction in 2001, and the building shell has been boarded up since then, while the rest of the development site has remained vacant.

The predevelopment application says the Sportsman’s Warehouse project would include an 8,900-square-foot addition on the west side of the unfinished building shell plus site work in one phase, then tenant improvements in the second phase.

The project at the 3.4-acre site would include a 218-stall parking lot, the application says.

The company sold those stores and 15 others to Canada-based Wholesale Sports Outdoor Outfitters, in 2008, shortly before filing for Chapter 11 protection from creditors in U.S. Bankruptcy Court.

Meantime, Sportsman’s Warehouse, which emerged from bankruptcy protection in 2009, has grown steadily in the last few years. The company now operates 52 stores in 19 mostly Western states, the company’s website says. Of those, six stores are located in Washington and five are in Idaho. Its closest stores to Spokane are in Lewiston, Idaho, and Kennewick, Wash.