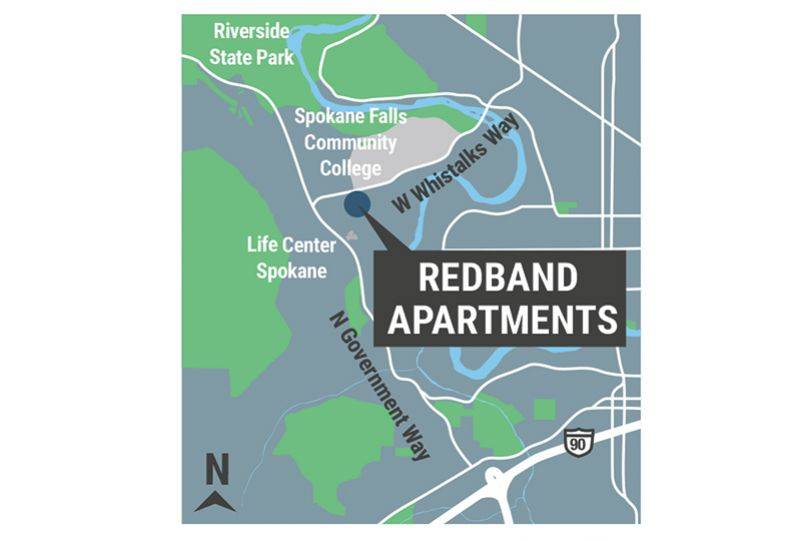 The complex will be constructed on about 4 acres of a 13-acre parcel of land at 1620 N. River Ridge Blvd., southwest of Spokane Falls Community College.

Daniel Jones, project manager at Spokane-based Yost Gallagher Construction LLC, which is the general contractor for the project, says construction crews recently have cleared the land and removed footings from an old barracks building previously located on the property. The company expects to begin pouring concrete for the first of two buildings in the next few weeks. The second structure will follow three to four weeks behind the first, he adds.

Jones says the apartment buildings will be three stories tall, with one-bedroom, one-bathroom units about 840 square feet in size. The two buildings have an estimated construction cost of $8.5 million, he adds.

“These will take about a year to complete, so by mid- to late April next year, they should be ready,” he says.

Two additional, similar-sized buildings are planned at the complex, which will have a total of 96 units when the project is complete. The additional structures will be constructed in a separate phase of development at a later date, Black says.

According to environmental documents on file with the city of Spokane, the four apartment buildings will have a combined footprint of about 29,000 square feet. The complex also will have 188 parking stalls and 62,000 square feet of landscaping, paths, electric vehicle charging stations, and sidewalks.

Jones says that the units could be marketed toward students and young professionals due to its central Spokane location and proximity to outdoor amenities, including the Spokane River and Riverside State Park.

Black says the apartments will be market rate and will have scenic views of downtown from across the Spokane River.

“We’re really excited about the location, which is close to the North Side, downtown, and the airport,” he says.