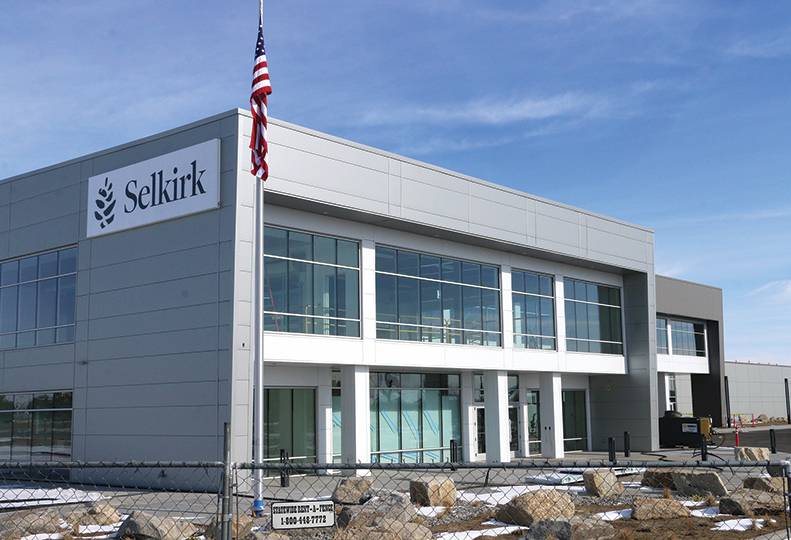 Construction on a 147,700-square- foot manufacturing facility on the West Plains for Spokane-based biotech startup Selkirk Pharma Inc. is nearly complete, and operations are expected to begin there by early next year.

The facility is the first of three manufacturing plants the pharmaceutical company plans to erect at its campus in the southwest quadrant of the Pacific Northwest Technology Park, north of the Northwest Farm Credit Services headquarters.

Founded in 2018, Selkirk Pharma Inc. currently is based in the Courtyard Office Center, at 827 W. First.

A year after it was established, the company announced plans to build a West Plains facility, and those plans have grown multiple times since then.

As earlier reported in the Journal, the company originally intended to build a 63,000-square-foot facility, but later more than doubled the scope of those plans to the current building size.

In November 2021, Selkirk Pharma agreed to buy more than 10 acres of land next to the new facility, expanding the campus to a total of 27 acres and providing space for two additional standalone factories in the future.

Selkirk has stated that the campus expansion will support the company’s growth and add critically needed capacity for the manufacture of commercial and clinical trial drugs.