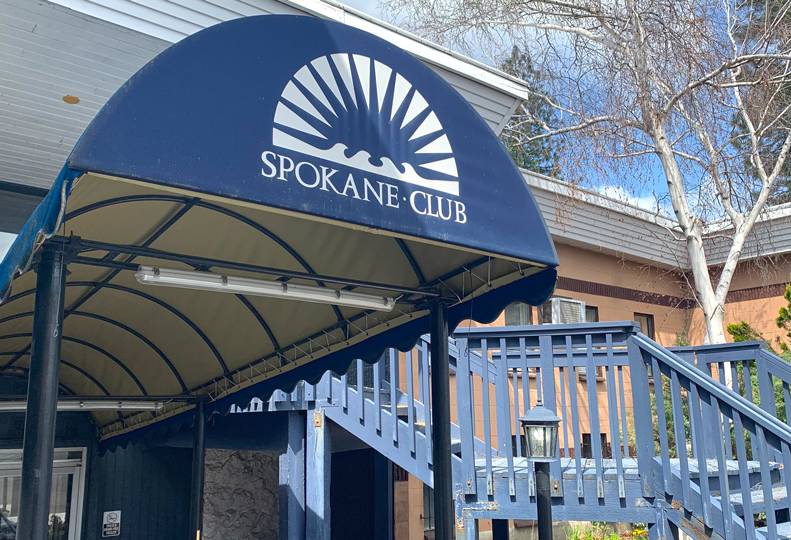 Tampien says he plans to continue to operate the facility as a fitness center, but he also plans to develop an apartment complex with up to 106 residential units and a construction value of $20 million to $22 million on about 6 acres of vacant land at the 9-acre property.

“We own North Park Athletic Club on the north side of Spokane, my brother and I, and it’s kind of an expansion of our operations there. And it happened to have additional multifamily land, so it’s looking like we can build,” he says.

The apartments likely will be market-rate units with high-end finishes, he says.

Tampien expects to break ground on the project by this fall.

He says 4 Degrees Real Estate, which he also owns, typically contracts with Trek Architecture, of Spokane, for design services and Spokane Valley-based T.W. Clark Construction LLC as the general contractor on its development projects and likely will select the same design-build team if their schedules allow.

Tampien says he became interested in purchasing the Spokane Club’s Valley property because of the established athletic facility as well as the site’s potential for development.

The Spokane Valley athletic facility has six indoor tennis courts and four outdoor courts, according to its website. Tampien says he’s planning to invest in the property to improve the tennis experience for members.

“They did a great job with their equipment already, so we’ll probably just repurpose some areas and get a feel for what members want. What’s nice is we’ll have 106 new residents who will use the gym as an amenity as well. It’s a unique concept that I think could end up working really well.”

He says current members won’t see much of a difference at the gym, except for the potential elimination of the outdoor courts to make way for expanded parking at the site.

Tampien will take over management of the tennis club effective July 1. He plans to change the name of the facility but hasn’t decided on a new name yet.

Spokane Club members will have to join the club under new management to continue using the athletic facility, he says.

“Hopefully, it’s just a seamless transition,” he adds. “There will be no lapse in operations.”

According to a notice sent to Spokane Club members today, the Spokane Club Board of Trustees determined Tampien’s offer was fair and equitable and voted unanimously to proceed with the sale.

The member notice states the sale of the Valley tennis club eliminates the need to completely payoff its current loan to Bank of America, which currently encumbers all Spokane Club properties, with a balloon payment of about $3.3 million due in 2025. The sale also will put the Spokane Club, “in a stronger financial position to begin making reinvestments into the downtown facilities,” according to the notice.

Ross Blevins, chair of trustees for Spokane Club, declines to comment on the transaction.

Tampien says, “When we bought North Park, one of our missions with 4 Degrees is to continue to provide opportunities like this around the community around health and well-being. This follows our mission of what we like to invest in. We’ve had great success, opportunities, and feedback from our North Park site, so this just made sense. And once we found we could put apartments on it, it kind of met both of our missions of housing and wellness.”