Pre-development plan filed with city; work could begin in summer 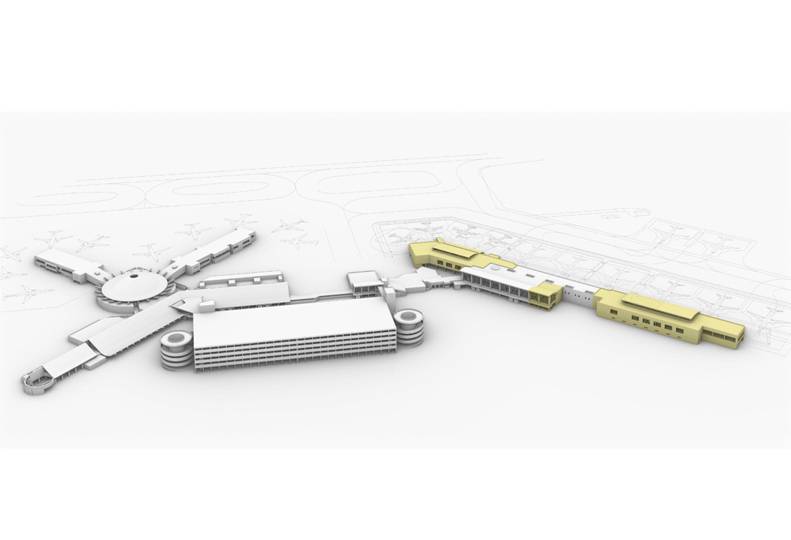 Plans are progressing at the Spokane International Airport on an upgrade and expansion to one of the airport’s terminals, as well as construction of a warehouse near the airport.

Todd Woodard, Spokane International Airport’s director of marketing and public affairs, says the airport has initiated an initial step in the city’s planning process for its Terminal Remodeling & Expansion Project, known as TREX. A pre-development application was filed with the city of Spokane in early December.

“The application’s objective is to provide a broad outline of the project’s scope to generate plan review comments, which help inform TREX’s engineering and architectural design, particularly as they relate to utilities and building code,” Woodard says.

As previously reported by the Journal, the TREX project will involve expanding terminal C, creating a new security checkpoint for terminals A and B, constructing a central baggage claim hall, and building a curbside canopy. The estimated total cost had been listed as $130 million, but Woodward cautions that many elements of the project have changed, and that price tag likely is inaccurate now. He says the airport doesn’t have an updated cost estimate at this time.

Terminal C currently serves Alaska and American airlines at seven gates. Proposed work would add a second story to the gate area, create a new security checkpoint, and build a connection point to terminals A and B.

“We are still months away from being able to discuss the project in specificity,” Woodard says. “We anticipate submitting a building permit application in the spring, and construction would commence in the summer.”

Separately, the city of Spokane also recently issued a building permit for a $14.5 million, 218,400-square-foot warehouse building at 11307 W. McFarlane Road, a site formerly owned by the airport.

The warehouse project, named McFarlane 2, is being developed by AT Acquisitions LLC, of Spokane, which does business as AT Industrial. As reported earlier in the Journal, another, similar-sized warehouse also is planned at that site, which is near an Amazon.com Inc. delivery station, also being developed by AT Industrial at 12315 W. McFarlane Road.

Divcon Inc., of Spokane Valley, is listed as the contractor on the McFarlane 2 project, and VLMK Engineering & Design, of Portland, Oregon, is providing engineering services.

The permit information describes the McFarlane 2 project as a building shell and associated site work with no tenant currently identified.