Eviction bridge expiration looms, but mechanisms aren’t in place in county yet for mandated dispute remedies 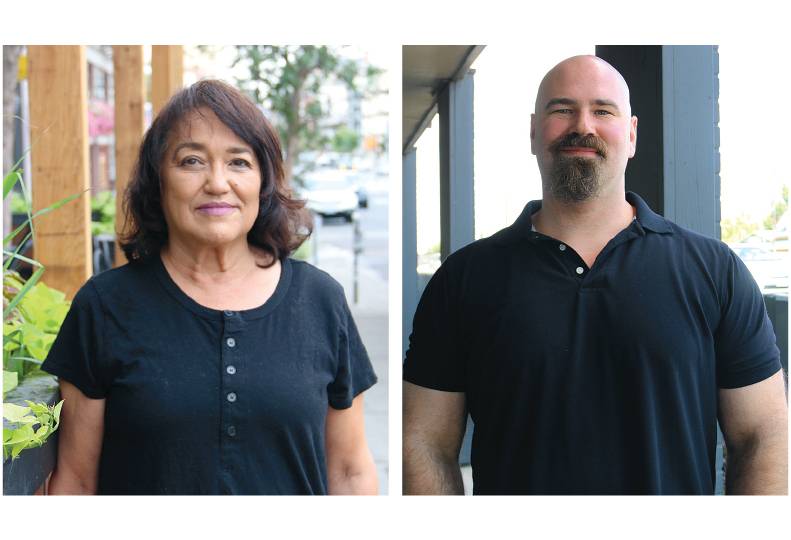 New laws and an eviction moratorium bridge have created confusion, and more funding for rental assistance is needed, say both landlord and tenant group leaders here.

The resolution pilot program is intended to provide for certain tenant protections during and after public health emergencies, for legal representation in eviction cases, and authorizes landlord access to state rental assistance programs. Landlords can’t evict tenants for past-due rent during the 17-month period until their county has established operational rental assistance and eviction resolution programs.

“These dispute resolution centers, if they’re able to do their mission with the appropriate staff levels, I think are going to be a positive thing for landlords and tenants,” Klemme says.

However, such centers have not yet been established fully in Spokane County, he says.

“Until that process can even start, no one is going to be evicted for nonpayment of rent, period,” Klemme claims.

As both landlords and tenants wait, rents continue to climb quickly.

Terri Anderson, director of the Spokane office of the Tenants Union of Washington, says she’s hearing from many tenants that their rent has increased significantly, pricing them out of their current unit in a tight rental market.

Year-over-year, rents in Spokane jumped 29.3%, compared with 3.9% a year earlier, making Spokane No. 2 in the nation for rent increases, according to Apartment List. Median Rents in July were $977 for a one-bedroom unit and $1,343 for a two-bedroom unit.

The Washington Center for Real Estate’s spring 2021 Washington State Apartment Market Report, released in late May, showed that the vacancy rate at the time was 0.4% for a one-bedroom apartment and 0.7% for a two-bedroom unit.

Anderson says while the organization is largely pleased with state tenant protections imposed through recent legislation, she’s lobbying for inclusion of some tenants who currently aren’t provided for under the law. Anderson wants to make it easier for tenants to access legal services, to which they have a right under the new laws.

Klemme says he’s concerned that the eviction resolution system will be overwhelmed.

“If a landlord was to serve a notice to a tenant for nonpayment, the landlord is going to send it to the dispute resolution center as well as the Northwest Justice Project, which are the free lawyers that tenants are going to have access to—except there’s not enough of them working.” Klemme says.

That’s going to create a backlog of cases that will slow down the entire system, he contends.

“I’m sure it’s hard to hire a bunch of lawyers,” he says. “But it leaves landlords on the hook, because we have no idea when this process is going to start or what that looks like.”

Anderson says another concern is in House Bill 1236, which created a just-cause eviction law for tenants with month-to-month leases. Anderson says the legislation codified 17 causes — including nonpayment of rent, substantial breach of lease term, the owner selling the unit, illegal activity on the premises, or condemnation of the unit by a local agency—for which a landlord could evict a tenant, but the legislation doesn’t apply to tenants on fixed-term leases.

The tenants union is lobbying to have fixed-term leases included in the law, she says.

Anderson says reports of tenants feeling pressured to convert to fixed-term leases have been steadily flowing into the union’s Spokane office.

Spokane County and city officials have provided rental assistance, but it’s not enough, both Anderson and Klemme say.

“We know that the city received $80 million in the American Rescue Act funds,” Anderson says. “The money that has been allocated up until now has not been adequate rental assistance, so we would like to see more rental assistance allocated.”

“If this is so important—and everyone agrees that it is—the fact that it’s taking so long is concerning,” Klemme says. “Right now, it feels like we’re holding the bag as landlords.”

Anderson says the tenants union is working to have those who took on debt in order to pay rent on time included in the law.

Klemme says many tenants have continued paying their rent on time throughout the COVID-19 pandemic, but he’s heard from some landlords at the Landlords Association of the Inland Northwest who say about half of their tenants are behind on rent.

Klemme says that with layers of legislation to understand—in addition to state protections, tenants are afforded some protections at the federal level through the U.S. Centers for Disease Control and Prevention—he doesn’t feel the moratorium is going away any time soon, and many landlords are feeling the pain.

“If you only have one rental unit, going 18 months without rent is a really hard position to be in,” Klemme says. “You could see how this leads to an obvious question, which is, should I sell my property?”

“Why are there so few rental homes—especially single-family homes? It’s because a lot of landlords are selling their single-family homes to owner-occupiers,” Klemme says. “That’s one less rental unit on the market. That’s definitely part of what’s going on. That does make prices go up.”

Rent control by city or county governments is prohibited by state law, Anderson says. However, the tenants union has been working with the city to provide some tenant protections.

“Around March of this year, the City Council reconvened the landlord-tenant work group,” which has been meeting monthly since then, Anderson says.

“My understanding is that there’s going to be some proposals,” she says. “But (Spokane City Council President) Breean Beggs was leading this whole effort, and then he made the announcement that he’s stepping down (temporarily) from his council president duties due to his health issue.”

Beggs announced last month that he would be taking medical leave from his city council duties as he undergoes cancer treatment.

Included among the actions the tenants union is seeking from the city is establishment of a universal rental application and background check, she says.

“With such a severe low vacancy rate, tenants literally have to budget out how many places they can apply for, because they can’t afford multiple applications,” Anderson says.

Anderson also wants to see the city opt into a state law which provides up to $3,000, or three months of rent, for relocation costs for tenants who have been forced out of a unit that was condemned by the city for poor living conditions.

“It’s in the state law that cities can opt into a prepaid program, where the city will pay the tenant, and then they go after the landlord to collect,” Anderson says.