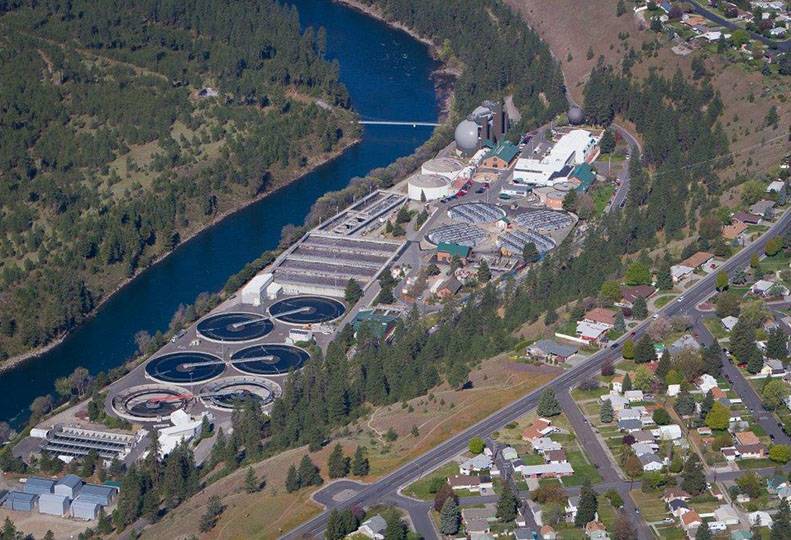 The city of Spokane is seeking proposals from engineering firms for design and construction management of an estimated $80 million to $100 million upgrade at the city’s Riverside Park Water Reclamation Facility sewage-treatment plant.

Marlene Feist, the city’s utilities communications manager, says construction is expected to begin in 2016 and to take about two years to complete. The project is planned as an additional level of filtration treatment at the plant to increase removal of phosphorus and contaminants from wastewater, Feist says.

Last month, the city released a request for firms’ qualifications for the design and construction management work, with proposals due by Feb. 24. After reviewing submittals, city employees expect to recommend a firm to the Spokane City Council for final approval, which is expected to occur later this spring.

Feist says the planned upgrade will be the largest single project since the 1970s at the Riverside plant, which is located at 4401 N. Aubrey L. White Parkway. A number of smaller projects amounting to $175 million in finished work occurred there between 2000 and 2012.

“This is a brand new filtration system; it’s another whole treatment level at the plant,” Feist says, adding that it will enable the largest single improvement to treated water quality there since the 1970s.

The project will install a membrane filtration system designed to remove more than 99 percent of phosphorus in the treated water released from the plant into the Spokane River, Feist says. Currently, the plant’s treatment process removes 90 percent of the phosphorus, she says. The new filtration system also will remove greater amounts of heavy metals and polychlorinated biphenyls (PCBs) from the effluent, Feist adds.

Phosphorus is associated with low oxygen levels and algae blooms in Lake Spokane, also known as Long Lake. The state Department of Ecology discharge permit for the plant requires the city to reduce the amount of phosphorus going into the river by 2018 during what is called a “critical” period from March to October, when levels are the highest.

Under the discharge requirement, Spokane must have the additional filtration level of treatment in place by March 2018, Feist adds, but then the plant has three years to “dial it in” and must reach compliance for removal of phosphorus by 2021.

Feist says the city is considering project funding sources that include low-interest loans through the Department of Ecology and a bond issuance.

Over the past decade, other projects at the plant have included construction of two new egg-shaped digesters, odor-control structures, expansion and improvements to the plant’s headworks, new piping structures, and other upgrades.

The upcoming filtration upgrade at the sewer plant is planned as part of an overall city initiative to improve the water quality in the Spokane River.

Already since 2000, the city has spent about $220 million on wastewater and stormwater system upgrades, including the previously mentioned $175 million in projects at the treatment plant. Additional projects are under way or about to start.

In December, as the Journal reported earlier, the city council awarded a $7.7 million contract to Garco Construction Inc., of Spokane, to build a 1.5-million gallon combined sewer overflow (CSO) tank in south Spokane, with construction scheduled to begin in March.

The primary function of CSO tanks is to reduce overflows from combined sewers, which contain both wastewater and stormwater, to the Spokane River. During large storms, when pipes become too full, they will overflow to CSO tanks.

The tanks hold combined stormwater and wastewater until a storm surge subsides, and then the city meters the overflow amount to the city’s wastewater treatment plant.

For the project in south Spokane, that tank will be located mostly underneath the parking lot at Underhill Park, near the intersection of Hartson Avenue and Fiske Street. Once in place, it also will surpass the 1 million gallon CSO tank currently being constructed at 21st Avenue and Ray Street. Clearwater Construction & Management LLC, of Spokane, is building the $4.7 million tank at 21st and Ray. In addition to keeping storm and sewer overflow from entering the Spokane River during storm surges, the tank at 21st and Ray also is expected to help reduce localized flooding in Lincoln Heights.

The city treats about 34 million gallons of wastewater each day at the Riverside Park Water Reclamation Facility.