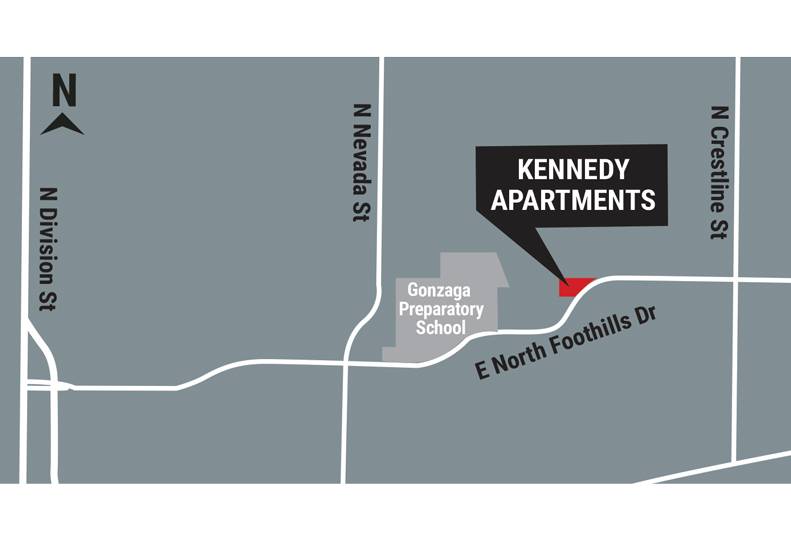 Kennedy says the apartments will provide housing for both middle- and low-income families. The goal for the project is to provide working-class families, who Kennedy describes as families with incomes between 60% and 120% of the area median income, with more attainable housing. Kennedy says those families typically don’t qualify for any housing assistance.

Three planned buildings will have a total area of about 17,200 square feet in each building. The apartment buildings will be three floors and no basement.

The city concluded its environmental review with a mitigated determination of nonsignificance earlier this month, meaning the developer can apply for construction permits. As of Tuesday, no building permit applications for the project had been received by the city.

Construction is expected to begin this fall and conclude in fall 2022.

In earlier pre-development proceedings, the project value was listed at $2.8 million.

Kennedy says the apartment buildings will be factory-built, modular buildings about 10 feet wide, 30 feet long, and nine to 10 feet tall. The modules will be shipped to the construction site on semi-trailers then stacked together during construction on the site he adds.

McCanna Engineering LLC, of Spokane, has applied for an environmental evaluation application for the project. Extensive landscaping and grading of the site are expected to produce an estimated 6,000 cubic yards of earthwork.

Bowie McCanna, principal engineer at McCanna Engineering, says quite a bit of the work includes landscaping as a way to beautify the neighborhood. Currently, “It’s a bare lot with people dumping trash. We’re trying to make it a beautiful site,” he says.