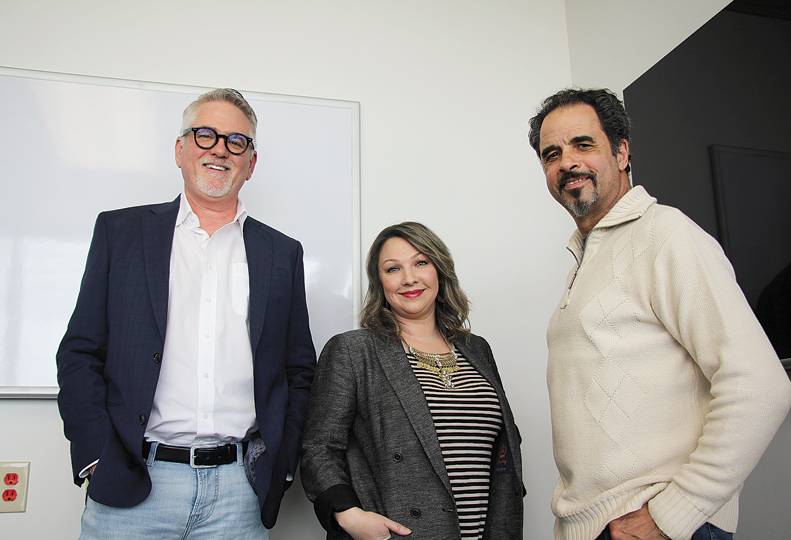 Joe Kelly, president and founder of Kelly Right, says this isn’t the first time his company decided to refresh its image.

“Rebrands are a constant thing in business,” Kelly says. “I do think it’s important for every company to rebrand and refresh a little bit.”

He says the decision to rebrand has helped with consistency, brand recognition, and in attracting new agents to join the real estate division.

The real estate division rebrand was less intensive and required only a slight alteration to the color scheme, a redesigned company logo, as well as new marketing materials.

“At Kelly Right, the rebrand was subtle,” Kelly says. “But it was just something we had to do.”

In the Spokane-Coeur d’Alene market, Kelly Right has 220 agents, who are involved in both commercial and residential transactions. Kelly Right is licensed to operate in 10 states currently and the company has six offices in Washington state.

In two months, from mid-March to mid-May this year, the real estate division has signed on 39 agents, for a total of 904 agents companywide.

Lisa Aaron, communications manager for Kelly Right, says the company’s agents operate from virtual offices in its other markets.

Kelly says he anticipates the company will have 1,000 agents and will be licensed to operate in a total of 17 states by year-end.

Kelly Right’s headquarters are located at 140 S. Arthur, in Spokane. Thirteen staff members work in about 5,000 square feet of office space on two floors in the building.

He says that the company had to lay off employees at the onset of the pandemic but was able to rely on previous investments in technology and security to its online platform, which helped sales volumes while operating with fewer people.

Aaron helped orchestrate the brand revamp with help from Spokane-based Strategy Lab LLC, which assisted with the logo redesign.

“One reason we’ve been able to attract agents and double our growth in the last two years is because we’ve already had our online portals and secure transaction systems in place,” Aaron says.

She adds that when people were sent to work from home, the company was already prepared to conduct business remotely, and that also helped to keep overhead costs low.

Modus Mortgage’s rebranding was more of an overhaul and developed with help from Spokane-based Propaganda Creative LLC.

“The Modus rebrand was a bigger rebrand because we had been operating under the name K Loans, kind of a derivative of Kelly Right … and we thought it might work in the marketplace, but I think people struggled with the K and the Loans behind it and thought we did payday loans. So, we had to have mortgage in the name.”

Modus Mortgage originates mortgage loans by searching through other lending outlets to find the best available rate for its clients. Flores adds that Kelly Right’s agents disclose the relationship between the two companies and clients aren’t required to use its services.

Both Kelly and Aaron agree that making these changes to the brands at the onset of the pandemic was an ideal time for the company.

“(The pandemic) gave us a chance to sit back and evaluate ourselves. We had to really figure out how we were going to weather the storm. In real estate and lending, we didn’t know what was going to happen. It was pretty crazy.”

Aaron says another reason the timing was right for the rebrand, was that the company could replace aging marketing materials for its agents and establish a consistent look with a new marketing platform.

“We’re a huge company but people didn’t know we were there because of inconsistent branding,” she says.

Kelly founded the company in Seattle in 2005 with 17 employees, under the name Soleil Real Estate. He moved the headquarters to Spokane a year later in an effort to save on operating costs.

Two years later, Soleil Home Loans began as a mortgage broker and a division of the real estate company.

Kelly says that the name change to Modus Mortgage took about six months to work out.

The company is currently licensed to operate in Washington, Idaho, Montana, Oregon, Utah, Colorado, Oklahoma, Alabama, Georgia, and Florida, according to the company’s website.

Kelly Right’s 2022 sales volume is keeping pace with its 2021 sales volume so far this year, Kelly says, although he’s beginning to notice the market slowing down.

“Inventory is down, and buyers are going away because of the high interest rates, so it’s going to be a bumpy road for the whole industry for the next 18 months or so,” Kelly adds.

Kelly and Flores both say they’re hopeful the economy will recover.

Inflation has made an impact on business in the past few months and increasingly so with each day that passes, Kelly explains.

“This industry is going to go through some bumps and some changes, but I think it’s going to turn out okay,” Kelly says. “We’re actually built for this.”