Resorting to recycling at the Coeur d’Alene Resort 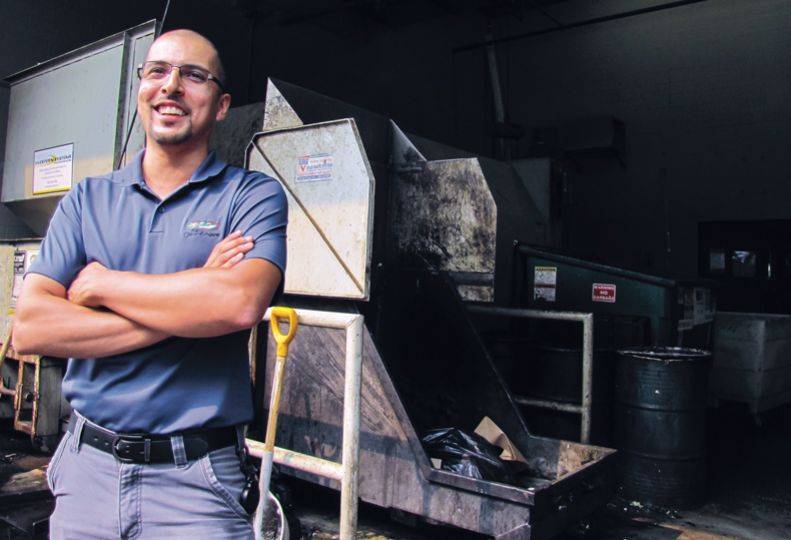 Blue recycling receptacles located at bars, restaurants, catered events, and service elevators throughout the 334-room Coeur d’Alene Resort are filling up faster than ever. And it’s no wonder.

The thousands of guests filtering in and out of the iconic lakeside resort produce mountains of trash every day, most of which can be recycled. Yet just a couple years ago, virtually all of that waste was destined for burial at the landfill.

Not anymore. An aggressive recycling program at the Coeur d’Alene Resort minimizes the impact on the garbage dump by collecting and recycling about 50 tons of material annually.

It’s all part of an eco-friendly effort put into play in January 2017 by resort shipping and receiving manager Michael Jimenez.

“I believe this is very important for our community and for the planet,” Jimenez says. “Everything we can do helps out, and with The Resort being a major employer and trash generator, I feel we have to recycle; to set an example.”

Jimenez says he initiated the recycling effort when he saw the opportunity to use another local recycling program as a jumping-off point. The local branch of Waste Management began recycling glass, which Jimenez figured was an opportunity to make a company-wide commitment to recycle paper, aluminum, and plastic as well.

Jimenez says the recycling program is well received by resort staff and guests and has made a big difference locally.

“The amount of recyclables that don’t reach a landfill because of our program is huge,” he says.

Use of the recycling receptacles has increased. In the months following the kickoff of the recycling program, newly placed three-cubic-yard recycle bins were filling up about twice a month. Now, the containers are full in under a week, Jimenez says.

“We’ve absolutely seen a huge increase in the amount of recyclables—it’s difficult to keep up,” Jimenez says. The shipping manager, who joined the resort staff about three years ago, credits an attentive staff and goal-orientated training to the success.

“It’s definitely a program that runs itself once you get all the pieces in place,” Jimenez says. “Our employees just get in the habit of recycling, and it becomes second nature. Actually, it’s not any different than how you dispose of your normal trash at home; you just put another bin out.”

While cardboard is the most commonly recycled material at the Resort—about 30 tons a year—there is an increasing amount of glass, aluminum plastic, newspapers, and magazines.

The program includes easy-access bins for all four recyclable materials on each floor of The Resort, next to pre-existing bins for waste near the service-side elevators.

The locations of the bins makes it simpler to remember to recycle whatever employees had planned to throw away.

In addition, receptacles have been added in the banquet bars to help catering staff recycle during offsite events, Jimenez said.

As recycling becomes a staple of the Resort’s green mentality, Jimenez says he hopes the program can expand further to other restaurants and businesses in town.

Already, other businesses in downtown Coeur d’Alene have taken notice of the Resort’s popular program and are following suit with their own eco-friendly version, according to Jimenez.

“I’ve been in contact with Crickets (restaurant/bar) and they’re doing great things there,” he says.

Jimenez, 32, is a long-time Coeur d’Alene-area resident and graduate of Coeur d’Alene High School. He says recycling is part of how he was raised.

“My grandfather owned a lot of bars, and he was really into recycling aluminum cans and the glass bottles ... so we did all that all the time,” he says. “I’ve always been eco-friendly.”

Hagadone Hospitality has owned and operated the shoreline property since June 1983 and opened the 18-story Coeur d’Alene Resort in May 1986.

The Resort also operates The Resort Golf Course, home to the famous Floating Green, which opened in 1991.