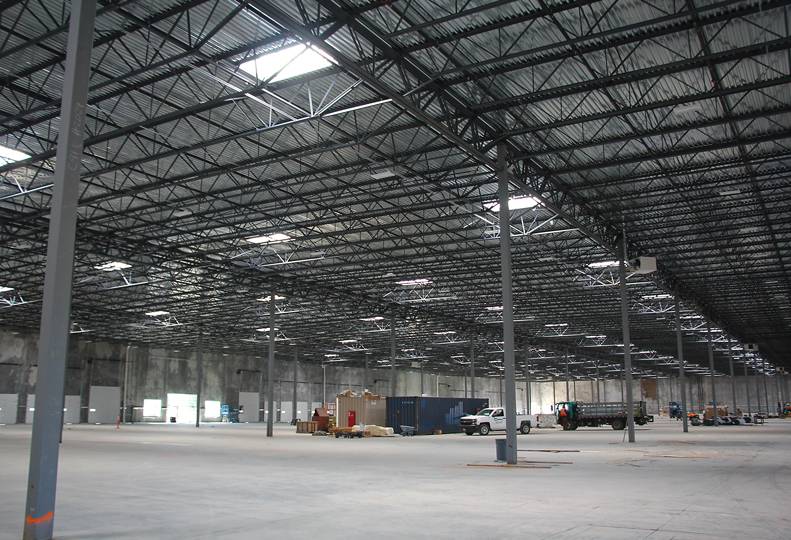 -Kevin Blocker
The planned Amazon delivery station will be located in this warehouse along McFarlane Road, in Airway Heights.

(Updated at 2:20 p.m.  Pacific 4/15/2021 with information about Amazon's Spokane-area facilities and projects)

A month after scuttling plans to develop a North Spokane delivery station, Amazon.com Inc. is moving forward with a station in Airway Heights, the company announced this morning.

The delivery station will be located in warehouse space currently under construction at 11901 W. McFarlane Road. An Airway Heights building permit application shows $15 million in tenant improvements will be undertaken at the 187,000-square-foot warehouse on Amazon’s behalf.

“We’re excited that Amazon is expanding its footprint in Spokane County,” Spokane County Commissioner Al French says in a press release announcing the company’s decision. “This new Amazon delivery station will bring hundreds of additional jobs, revenue, and growth to the county during a critical time when many have experienced job loss due to the pandemic.”

Work on tenant improvements is expected to start this summer and take six or seven months to complete. The project will convert the warehouse into a package delivery service facility that will have six truck bays and space for delivery van parking, van queuing and loading, and staff and visitor parking, according to State Environmental Policy Act documents on file with the city of Airway Heights.

Amazon says in its press release that it anticipates the creation of “hundreds” of full- and part-time jobs, all paying at least $15 an hour and offering a variety of benefits packages from the start.

The company also expects hundreds of driving-job opportunities will be created through Amazon Delivery Service Partners and Amazon Flex, according to the release.

The planned delivery hub is about four miles north of the massive Amazon Fulfillment Center, at 10010 W. Geiger Blvd. That 2.6 million-square-foot facility, which opened in mid-2020, boasted a $181 million construction value. More than 2,000 people work there now.

In Spokane Valley, construction is well underway on a nonsort fulfillment center. Located at 18007 E. Garland, the 1.6 million-square-foot, $150 million structure is expected to be completed later this year. The company projects hiring at least 1,000 people for that facility.

Amazon’s plans come on the heels of its decision to pull the plug to develop the former Lowe’s Home Improvement building at 6902 N. Division.

Documents on file with the city of Spokane showed Amazon planned to develop a 116,000-square-foot delivery station at the site before withdrawing its permit application.

Last month, Chris Bell, a Realtor with NAI Black who is marketing the old Lowe’s space, attributed Amazon’s decision to the city of Spokane’s tardiness in scheduling a conditional-use permit hearing.