Hayden store will offer about 100 species of freshwater, saltwater fish, varieties of coral 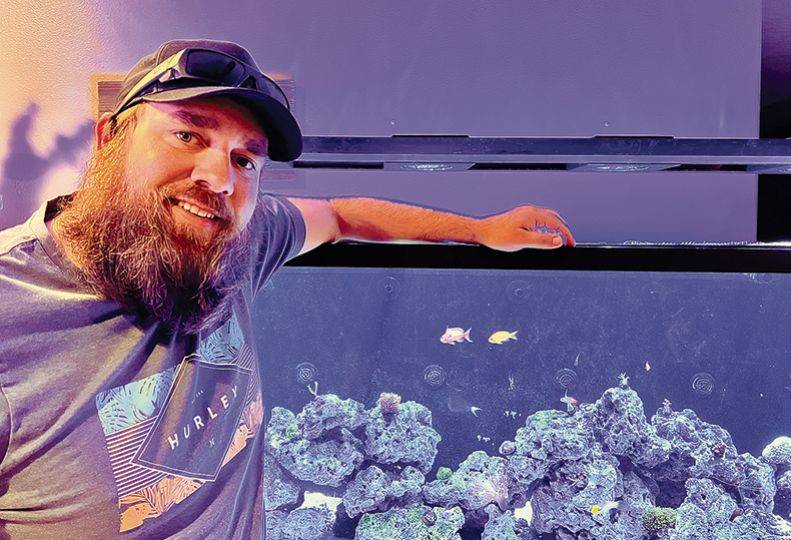 Exotic ornamental fish store The Marine Ravine is set to open this fall in Hayden.

The Marine Ravine initially will offer about 100 species of exotic freshwater and saltwater fish, including stingrays, eels, and angelfish.

“What's going to separate us from a lot of fish stores is that we're going to make sure that each and every fish is completely quarantined and treated for any parasites or diseases,” Cross contends. “If you go to a pet store or fish store and buy a fish, take it home, and put it in your tank, there's a chance that the fish has parasites or some type of disease. Avid hobbyists will have a separate quarantine tank at their house that they will treat their fish in before they put it into their main tank.”

Cross says saltwater fish are especially important to quarantine due to cost. Replacing a tank of 20 saltwater fish could cost more than $2,000, he says.

“We will alleviate that need of having a quarantine tank, so that you don't have a tank that you have to set up every time you get a new fish,” he says. “If you come to us, we're going to do all that work for you ahead of time.”

In addition to fish, The Marine Ravine will offer aquatic plants and will feature an eight-foot-long tank for coral. A variety of corals will be available for purchase, Cross says, and The Marine Ravine will sell both established coral colonies as well as coral frag disks, or starter kits, for customers who want to start their own colonies.

“Growing coral from a disk to a colony can take five years,” Cross says. “We want to be able to sell a colony so that if somebody is setting up a tank, they can have that big, lush coral and don’t have to wait five years.”

The Marine Ravine will sell to local customers and also will fill orders online at marineravine.com, he says.

Cross has been an exotic fish hobbyist for more than a decade, after a former coworker at FedEx introduced him to the hobby. Cross no longer works for FedEx, but the lure of exotic fish has remained.

Cross will be the shop’s only employee initially. He served in the Navy, and says he hopes to hire fellow veterans.

“It's a veteran-owned business, and when I do hire employees, I'd like to hire veterans so that the business stays within that kind of community,” he says.

Cross says he’ll do minor renovations on the 2,300-square-foot space to allow room for 110 fish tanks to line the walls.

According to a commercial building permit, the MOD Pizza restaurant at 707 W. Main, Suite A-12, is adding a wing station. The scope of the work includes adding and relocating kitchen equipment and adding or moving electrical outlets for equipment.

A Mister Car Wash will be constructed east of the Chick-Fil-A restaurant in North Spokane. Commercial building permit information shows a 6,600-square-foot automated car wash will be constructed at 255 E. Horner, along with vacuum stations and payment kiosks. A representative of Tucson, Arizona-based Mister Car Wash Inc. says the car wash is expected to be operational in mid-2023. The company has six other locations in the area.

A coffee shop will be added to the lobby area of The Imperial apartments at 120 W. Third in downtown Spokane. Building permit information shows the 700-square-foot coffee bar will have a construction value of $150,000. Design West Architects PA, of Spokane, is designing the coffee shop. A contractor hasn’t been selected yet.