Moving the needle on analog music along Monroe 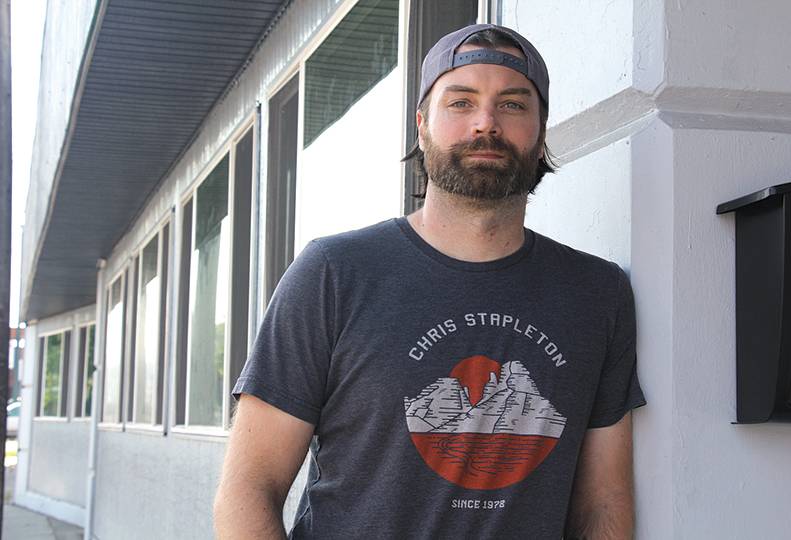 -—Virginia Thomas
Charley Berryhill hopes to open his new record store along North Monroe Street by Oct. 1. The shop is expected to have space for vendors as well.

Charley Berryhill says he plans to open the store at 1411 N. Monroe by Oct. 1. The 2,800-square-foot space, located two blocks south of the longtime 4000 Holes Record Store, is under renovation.

Berryhill has hosted a few pop-up shops and has sold records in vendor spaces such as Boulevard Mercantile and the Greenacres Vendor Mall.

“I'd been stockpiling records I like, records people probably haven't heard too often, with a dream of opening a store one day,” Berryhill says. “Now I have what I think is enough to get me by for a little while.”

Berryhill says he intends to focus on hard-to-find albums in good condition, regardless of genre. For example, he recently found a record by Steve Davis that includes both jazz and country music.

“There’ll be a lot of outlaw country that people, even if they listen to country, don't know much about—guys like Tony Joe White and Billy Joe Shaver,” Berryhill says. “Their stuff is pretty hard to find on vinyl.”

He adds, “I don't know much about classical, but I'm going to try to have a nice classical selection.”

Prices will vary widely depending on the record, and Berryhill says he won’t sell online.

“I want to be bringing records to the community, not having them leave the community,” Berryhill says. “That's another reason I wanted to open a store. If records come to me, I can buy them and I can ensure that they stay in town for at least one more cycle.”

He sources from all over the U.S., frequently buying records when traveling, he says.

“I also don't mind buying a record that I know I'm going to sell for the same price, because then it's in the store and somebody else can be exposed to it,” he says.

“I'll have a vintage clothes vendor and a collectibles comic book vendor (to start),” he says. “I'm not going to charge them commission. They'll just rent a space, and, hopefully, they'll bring in their high-end stuff because they don't have to pay commission.”

Berryhill says Spokane Record Store initially will be open at 11 a.m. daily, closing at 6 p.m. Monday through Saturday and at 5 p.m. on Sunday. Berryhill will be the store’s only employee, he says.

Crumbl Cookies is establishing a location in North Spokane. Franchise owner Lance Hemsley says he expects to open at 7808 N. Division by year-end.

Hemsley has applied for permits for a $130,000 remodel project for the 1,800-square-foot space, which is in a multitenant building at the southeast corner of Division Street and Lincoln Road that currently houses an Eyemart Express Co. store and a Firehouse Subs restaurant.

“We’d always planned on doing Spokane, but we could never find a location I felt good about,” Hemsley says.

When the North Division Street space came open, Hemsley says he decided to take an imperfect location rather than further delay Crumbl’s entry into the Spokane market.

Hemsley says that he expects the new Crumbl Cookies store will open within two months of receiving permit approval from the city.

A recently completed store in Utah took six weeks to turn around, he says. Everett-based Straight Edge Construction LLC has been selected as the contractor on the project. JZW Architects, of North Salt Lake, Utah, designed the store. Royal Engineering, of Provo, Utah, is providing engineering services for the project.

Hemsley is the father of Crumbl Cookies chief operations officer Sawyer Hemsley, who co-founded the company in 2017.

Crumbl offers home delivery, curbside pickup, and takeout. There are more than 600 stores in the U.S., including 16 locations in Washington and 10 stores in Idaho.