Hippler led Mountain West since bank's inception, but says it's time for change 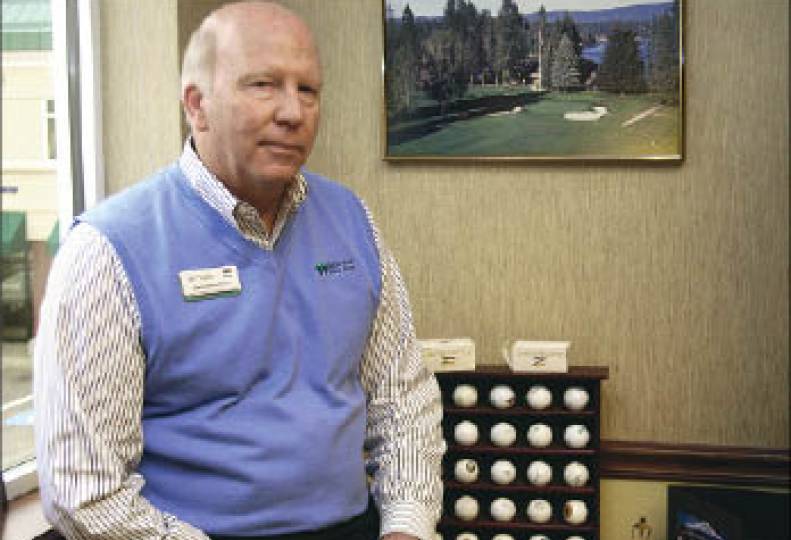 -—Staff photo by Richard Ripley
Mountain West Bank CEO Jon Hippler says that while he was in college he originally wanted to be a dentist, but an economics professor's teaching helped change his mind.

During the years in which Jon Hippler has guided Mountain West Bank, of Coeur d'Alene, one lesson he's learned has stood out to him above all others.

As a CEO, he says, he has maintained a clear vision of the bank's culture—"first and foremost, to provide good customer service."

"You shouldn't be changing your culture," says Hippler, who is retiring at the end of this year. "Everything else stems from that."

Hippler adds that he has learned a second major lesson in the 17 years he has been Mountain West's top executive: "Hire the best people you can, and let them do their job without doing it for them."

While Hippler has had no desire to change Mountain West's culture, change has come to the bank the last few years as the real estate markets on which Mountain West was based and had flourished soured.

The years from 2004 to 2007 had been good years, and to take advantage of them, Mountain West had expanded into the Boise market and in numerous other Idaho locations, Hippler says.

"People were moving here; jobs were being created," he says. "The whole thing has come to a screeching halt and gone backwards. Ninety percent of the institutions in the Pacific Northwest have experienced declines."

Yet, the bank still has about 400 employees and 23 branches in Idaho, Washington, and Utah, down by one from earlier this year, Hippler says. He says its deposits likely will be up 5 percent to 6 percent for the year, though he can't release exact figures.

Mountain West is owned by Glacier Bancorp Inc., of Kalispell, Mont., which Hippler says is known for buying banks "and leaving them to their own devices. We liked the model," he says.

Mountain West completed a stock offering in January 1998, for $1.9 million, and eight months later, it opened its first branch in Boise. When it joined forces with Glacier Bancorp in January 2000, it wanted to expand further in the Boise market, but needed more capital to do that, and wasn't interested in conducting another local capital raising, Hippler says.

"The biggest advantage we saw to that association was capital," he says of the bank's affiliation with Glacier. "With the Glacier association, that capital has always been there. Capital is king these days."

Hippler had started Mountain West in 1993 after having led another Coeur d'Alene institution that, by the time it closed, had the same name. That institution, known for many years as First Federal Savings & Loan of Coeur d'Alene, had brought Hippler back to his hometown as chief financial officer in 1981 from Portland, where Hippler had gone after graduating from the University of Idaho in 1966.

"I was actually going to be a dentist in college," Hippler says. "I was taking pre-dentistry. I wasn't particularly liking it."

He took an economics course taught by Max Fletcher, and found Fletcher's teaching to be inspiring. Hippler decided to change direction as a student.

In Portland, Hippler had worked in a number of jobs, including as a CPA, and had served six years in the U.S. Army Marine Corps Reserve, wrapping up his service as a captain.

After he returned to Coeur d'Alene, where he had graduated from Coeur d'Alene High School in 1962, First Federal, which had been established in 1917, was converted into a stock company from a mutual company, which he says was difficult to do.

"We sold stock locally, and converted it in 1982," he says. Legislation enabled it to offer checking accounts and, eventually, to make commercial loans. Hippler became CEO in 1985.

During his time with the institution, First Federal bought Mountain States Savings & Loan, of Ketchum, Idaho, but thought it needed a name that would fit better in that mountainous part of the state than its own name, so it adopted the name Mountain West Savings Bank.

In 1990, it was bought by Security Pacific Corp., a big Los Angeles bank-holding company. Even though a crisis brought on by poor commercial lending practices had rocked the S&L industry across the country, its shareholders got a premium, or a price higher than book value, for their stock.

"Very few S&Ls were getting book value" in such sales then, Hippler says.

Security Pacific made Hippler its Idaho manager, but it was bought by Bank of America in 1992 as a feeding frenzy among U.S. banks continued. Hippler left Security Pacific and began working to start a new institution.

As a name was sought for the new bank, "we concluded that the Mountain West name had never been protected by Security Pacific or Bank of America," Hippler says. "We thought it would be a great name for the new bank."

The new bank's founders wanted to select a name that would apply in other parts of the West if it expanded eventually, Hippler says. "We didn't want to be stuck with a name that didn't apply in this part of the country." Hippler, for the second time, would head a Coeur d'Alene-based financial institution named Mountain West.

The bank was founded in 1993 as a federally chartered savings and loan, then in 1999 became an Idaho state-chartered commercial bank because it had become more involved in serving small businesses and wanted to reflect that.

"From the start, our original intent was to concentrate on real estate, and it still remains our core," Hippler says. "We're the largest community bank residential lender in Idaho in terms of production" of mortgages, although some megabanks do more business in the state, he says.

"I think our timing was pretty good," Hippler says. Yet, there was little increase in real estate values in the Coeur d'Alene area at first, he recalls. North Idaho was going through a transition away from the mines and mills that once had underpinned its economy, and which, when they were shut down, left lots of miners and loggers unemployed and Coeur d'Alene in the doldrums.

Coeur d'Alene reinvented itself, in part thanks to the building of The Coeur d'Alene Resort by Duane Hagadone and Jerry Jaeger, Hippler says.

"I always appreciated their courage," he says of that big project. "There certainly was no history or evidence that it was going to work."

Coeur d'Alene, he says, became more diversified, with more tourism businesses and other kinds of small businesses, and it also became a center for retirees.

Mountain West, meanwhile, became the Inland Northwest's No. 1 SBA lender, which Hippler says has given the bank another leg to stand on during the economic downturn.

Sound management also has helped during the last few tough years, he says, adding, "We have a great team."

Hippler, who turned 66 in September, says, "I like this job. I love this bank. I've really enjoyed the part of banking where you help people achieve their financial dreams. I've enjoyed watching the bank grow," and he's enjoyed seeing the bank's employees develop. When Mountain West started, its staff talked about how it would be an achievement to grow to $100 million in assets, but now it has $1.2 billion in assets, he says.

Yet, Hippler says, it's time for him to step aside.

"I've always believed that there's a time to make way for new leadership and new blood," he says. Besides, he says, just the rapid pace of technological change in banking is reason enough to change management after a time.

Hippler and his wife, Cyndi, have a home in Tucson, Ariz., and plan to spend the winter there and also to take a trip to New Zealand.