Construction expected to wrap up in June 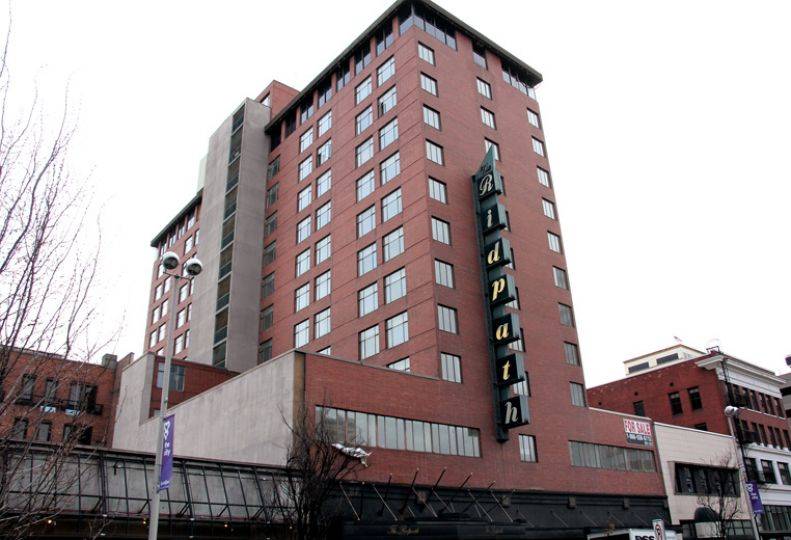 -—Samantha Peone
The Ridpath Tower will have a total of 206 living units on its second through 11th floors. The 12th and 13th floors will house condominiums.

The long-planned $22 million redevelopment project at the former Ridpath Hotel location’s 13-story Ridpath Tower, at 515 W. Sprague, and the attached four-story east annex known as the “Y” building is expected to be completed within a few months.

Spokane developer Ron Wells, of Ron Wells Group LLC, says he expects the first of The Ridpath Club Apartments LLC’s living units to be ready for leasing before the end of March. Construction is projected wrap up on the rest of the rental units in early June.

Developers have been working to turn prior hotel rooms into 206 apartment units on the second through 11th floors of the building, says Wells.

The remaining apartments will be one-bedroom units and will include up to 1,500 square feet, he says.

The 12th and 13th floors are being  made into four luxury condominium units. Wells will own and occupy one of those, he says.

Ron Wells Group designed the renovation, and Baker Construction & Development Inc., of Spokane, is the contractor.

The Ridpath had been closed since 2008.