Relationship building said to be key to advancement 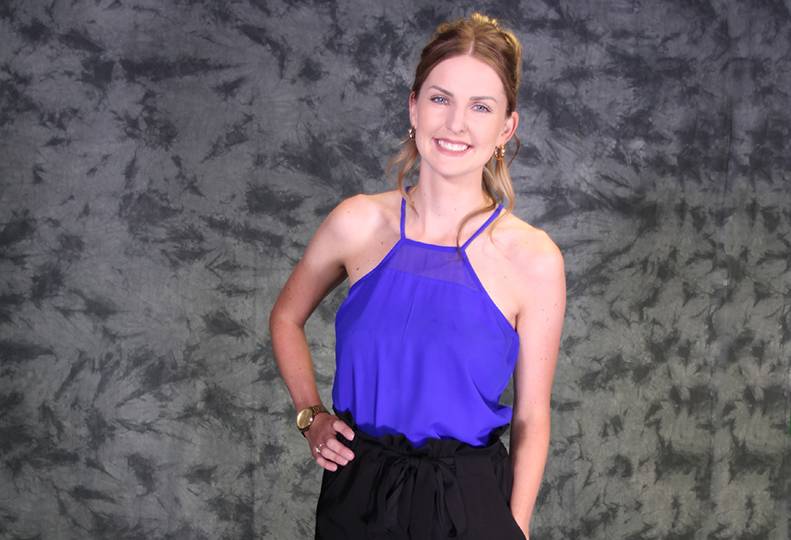 Current and former colleagues alike say Cally King has expert-level marketing knowledge combined with a contagious enthusiasm in all she does.

King, 28, is currently the director of marketing at Coeur d’Alene-based Hagadone Marine Group and Lake Coeur d’Alene Cruises, where she says, “every day is like a new adventure.”

David Kilmer, captain for Hagadone Marine Group, says he had heard about King before ever meeting her, and recalls that, “I was happily surprised to find Cally in real life was even better than her reputation. She immediately held her own.”

Kilmer adds, “She is responsible for pretty much anything outbound or customer facing for our company. She’s ultimately responsible for anything a customer would see in advertising, on You Tube, social media channels, at events, and personal interactions, and any messages a customer might receive in one way or another.”

A first-generation college student born and raised in the Newman Lake area, King grew up with five siblings. She graduated from East Valley High School in 2012. From there, she attended Spokane Community College where she narrowed her career focus to the communications field before transferring to Eastern Washington University, where she earned a bachelor’s degree in public relations in 2016.

In college, King participated in a one-year, paid public information internship with the city of Spokane Valley, where she says she learned about working in the real world. The internship was followed by her first job, working for Carrie Magruder, owner of the BrickHouse Massage & Coffee Bar, in Spokane Valley.

King says, “I started as a spa specialist, and that shifted into doing the marketing, which is where I first got my feet wet, when she asked me if I wanted to do their social media.”

Following the position with the BrickHouse, King joined the Coeur d’Alene Golf & Spa Resort, where she advanced from an intern to marketing and public relations manager in about 3 1/2 years.

Shortly before the COVID-19 pandemic, King joined the marketing team for the Davenport Hotels, in Spokane, seeking a new opportunity to advance her career working for a corporation with a larger portfolio of properties.

Matt Jensen, former director of sales and marketing for Davenport Hotels, says, “When I first met her… I remember her incredibly positive personality and enthusiasm. She definitely stood out.”

Jensen says King managed social channels for all five of the Davenport Hotels properties and amenities.

“Cally came in and transformed our entire social media presence and added several different listings for each hotel and restaurant,” says Jensen.

King was hired in the fall of 2019, and by the time she left the company due to pandemic-related shutdowns impacting the hotel industry nine months later, she had created and maintained over 40 social media pages for the company, Jensen says.

King also had the “amazing idea” to implement the use of private igloos at the Davenport Grand Hotel, he adds.

“That was Cally’s brainchild,” Jensen explains. “She really set the course for year two (of the pandemic), where we picked up a lot of momentum through everything she’d done and all the groundwork she’d laid there. It was really refreshing for us as a company, and it was something we really needed.”

Craig Brosenne, president of Hagadone Marine Group, approached King with an opportunity to go back to work at Hagadone Corp. while she was still employed with Davenport Hotels. After months of waiting to return to full-time employment with Davenport Hotels while COVID-related restrictions were in place in Washington, but not Idaho, King finally accepted Brosenne’s offer.

King credits her current and former bosses with allowing her the freedom to try new ideas and to make connections and build relationships that have helped her grow in her career.

She says networking is one of the most important things a person can do to advance both personally and professionally.

“It’s interesting how so many opportunities come from people you know,” she says. “Especially in a community like ours, it’s all about relationships.”