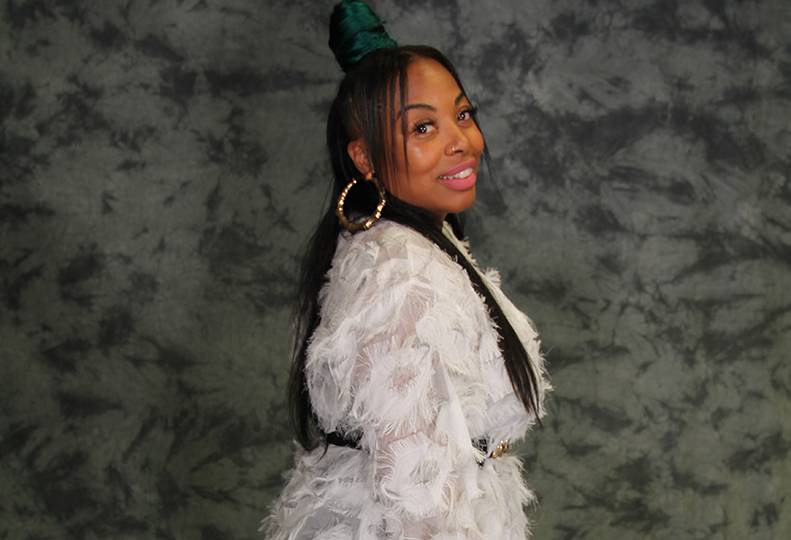 When Latrice Williams tries to explain what inspired her to pursue a career in real estate, she describes it as a “soft whisper” that came from within.

“I know God drove me into real estate,” she explains. “I know that’s a hard way to explain it to people, but it’s my belief. That soft whisper, that’s what I heard.”

Williams, 36, says when she began to ask others about the industry, she was discouraged from pursuing it. She was told it was too difficult and unstable.

Despite others’ dissuading comments, Williams took her real estate licensing exam and passed. She subsequently interviewed for a position with Jackie Knight, who was then a recruiter for Keller Williams Realty Spokane.

“She had no idea how phenomenal she was going to be,” says Knight of her first impression of Williams.

Knight says it’s not often that she advises new real estate agents to “go all in.” She describes real estate as a feast-or-famine industry in which not everybody has the skills, communication, and drive needed to be successful.

About 85% of real estate agents don’t renew their license after two years, she says. On average, a first-year agent makes no more than six sales, adds Knight.

“People think real estate is glamorous. It’s not,” says Knight. “You get out of it what you put in.”

During Williams’ first year, she sold 44 homes, earning the title of Keller Williams Rookie of the Year for 2018-2019.

So far this year, Williams says she has racked up about $11 million in sales.

When she began selling homes, Williams says she wanted to focus on educating and helping marginalized and underserved people in the community. Whether that person has had a bankruptcy, has been formally incarcerated, or is recovering from an addiction, Williams says she wants to educate and inform those who believe their personal background precludes them from being a homeowner.

For example, Williams says there is a common belief that somebody who has declared bankruptcy must wait seven years before they can purchase a home, when the waiting period is actually two years. Another common belief is that a homebuyer needs a credit score of 700 to qualify, when that number is actually 620, she says.

“My real story is, I’m here for those people who nobody can reach,” says Williams. “Nobody can reach them because they don’t believe they belong here. I struggle with that too.”

Knight says that Williams brought her passion for the community with her.

“When she would work, she made no judgment,” Knight says. “That’s what makes her who she is, a kind, nonjudgmental person.”

After six months, Williams moved into a leadership role, training and educating others how to be an agent. In 2020, she obtained her managing broker’s license and formed her own team, Williams Homegirl Sells, an affiliate of Spokane-based Realty One Group Eclipse.

Before Williams set out in real estate, she was working for the state of Washington doing administrative work for the Affordable Care Act. She had six kids at the time, and now has seven. She was making enough income to get by; however, changing to real estate has been transformational, she says.

“The contrast from then to now … you know, it’s God,” says Williams.