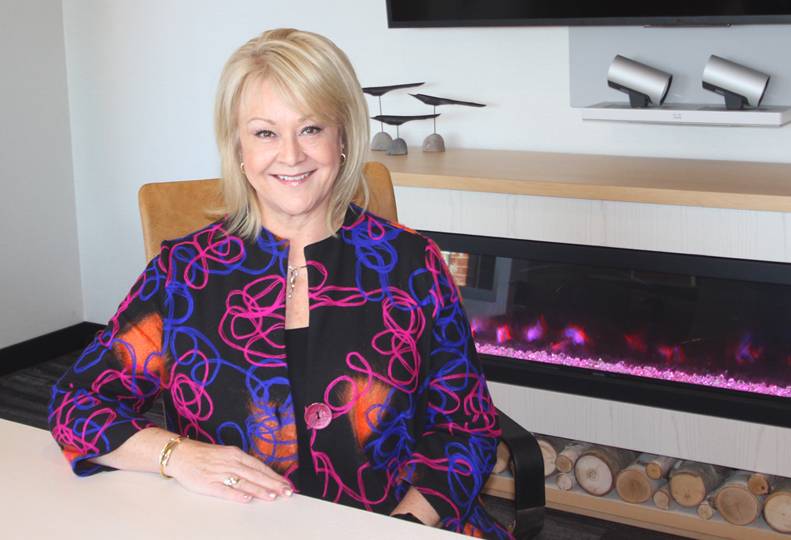 Employees want security and a company that’s going to be there tomorrow, Horton contends.

“I think it’s been very difficult for a lot of people in the banking industry because there has been so much change and so many people have lost their positions recently because of the merger and acquisition activity,” she says.

Wheatland, which currently has around 140 employees and 14 Eastern Washington branches, is looking to hire just over 20 employees this year.

Positions will be opening up in the commercial banking division, residential lending division, credit administration, commercial loan support, and information technology, Horton says. Wheatland’s focus is to grow its Spokane market, and Horton says she sees a lot of opportunity.

One of Wheatland’s strengths is its constant stability for both clients and employees, she says.

“We really feel like this is our time to shine and continue with the strong growth we’ve had,” Horton says. “We think that local people still need local relationships with their banker.”

Wheatland Bank posted a record annual net income of $5.2 million in 2018, an increase of 51 percent in both pretax and after-tax net income compared with 2017 net income.

When the Journal last interviewed Horton in 2016, net income for 2015 was $1.9 million. Three years later, earnings increased by 175 percent.

“I think you can see these kinds of earnings have supported a tremendous increase in our stock value,” says Horton. “We have our stock independently valued, and it’s been up over 100 percent in the last four years.”

Wheatland currently has 425 shareholders, and the bank has a waiting list of people who would like to purchase stock. In the future, Wheatland may consider having a stock offering and opening it up to more people in the community.

Horton says the improved profitability is fueled by loan growth, which reached $324 million as of Dec. 31, 2018, up 14 percent compared to year earlier loans that totaled $284 million at the end of 2017.

Horton wants to dispel the idea that Wheatland is only an “ag bank,” when agricultural lending makes up only about 40 percent of its loan portfolio, whereas over 50 percent is in commercial banking.

The newly expanded residential mortgage division on the first floor of Wheatland headquarters building at 222 N. Wall made just under $500,000 after tax.

“We’ve spent a lot of time expanding our mortgage division,” says Horton. “And I think that has proven to be a successful venture for us.”

The mortgage team handled 470 mortgage loans with a total volume of $78 million in 2018, she says.

For 2019, Horton projects 14 percent growth in total loans and $5.5 million in net income.

Driven by net income, return on average assets has improved consistently year after year beginning with a 0.44 percent of return of average assets in 2014 and a 1.27 percent ROA in 2018.

Horton says banks need to earn their right to remain independent, by providing a return for shareholders that generates good value to them.

Horton cites Wheatland’s recent steady growth and success back to the financial crisis that started in 2007. During that time, Wheatland bank never took a bailout, lost money, or had big loan losses, she claims.

In order to navigate that uncertain landscape, she says that Wheatland remained prudent and managed risks conservatively, pulling back in its marketing and budgets and cutting expenses where it could. For the past four years, Wheatland’s loan-to-deposit ratio has increased closer to an 85 percent mark from 78 percent in 2017, Horton says.

Horton says that Wheatland has good asset quality with no loan foreclosures on the books.

“The story is really one of consistently year after year increasing the record levels of earnings driven by safety and soundness and strong loan growth,” Horton says.

Part of that strategy includes “redeploying that excess liquidity into higher performing loans and out of lower yielding investments, focusing on taking good care of our depositors and our loan customers,” she says.

Getting involved in assisting with family-owned business is among the priorities of Wheatland’s wealth division, which includes financial planning and wealth transition, Horton says.

“We’re planning on sticking around to take care of the local communities and seizing the opportunities that are being left by all the banks that are leaving. We want to keep community banking alive in Spokane, in Eastern Washington,” says Horton, who will mark her 20th year of employment with Wheatland on Feb. 15.

Wheatland’s executive management team has also been together for 20 years with no turnover, only an additional executive vice president brought to the team seven years ago.

Horton says ethics and integrity remain core values at Wheatland Bank. One of the benefits of being a private company, she says, is not working to keep analysts happy but working to make wise long-term decisions that benefit the company and communities.

“We created a 10-year plan, and we have exceeded all of the benchmarks that we set for ourselves in the first five years, and we think the next five (years) look even more exciting,” Horton says.