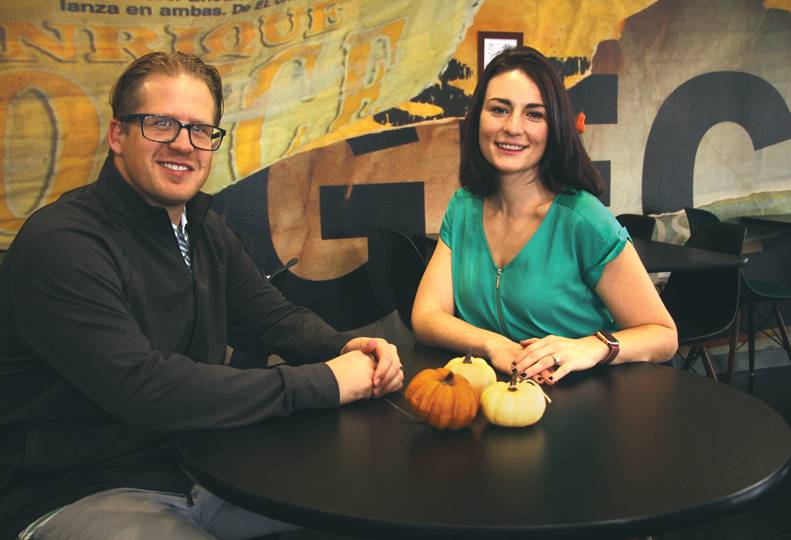 -Virginia Thomas
Nick Byrd and Amanda Baxter have opened Roots Coffee Kitchen in the longtime bar-and-restaurant building that previously housed the Bulldog Tavern, among other establishments.

The menu features a bevy of traditional coffee and tea options served by Roots' two baristas, as well as smoothies and smoothie bowls, salads, soup, roasted veggie and grain bowls, and local Viva Ultra Bread toast. A subscription coffee service is available for $14.99 per month and gives patrons access to unlimited drip coffee and Wi-Fi.

"I've been plant-based for over three years," Baxter says. "It's about putting everything that's in the earth into your body, instead of eating things that are processed."

Byrd says the couple, who are engaged and have five children, were inspired by their travels to California, where they observed an emphasis on healthy options in many restaurants.

"We wanted to bring that to the Spokane-Coeur d'Alene community, because it's lacking right now," he says.

The building, with its distinctive mural of well-known Gonzaga University personalities, has been home to several businesses over the years, including Logan Tavern, Scotty's Doghouse, and perhaps most notably, the Bulldog Tavern. Byrd says he grew up watching the Zags.

"I'm a big Gonzaga Bulldogs fan, so having a restaurant right down the street from the McCarthy Athletic Center is kind of surreal," Byrd says.