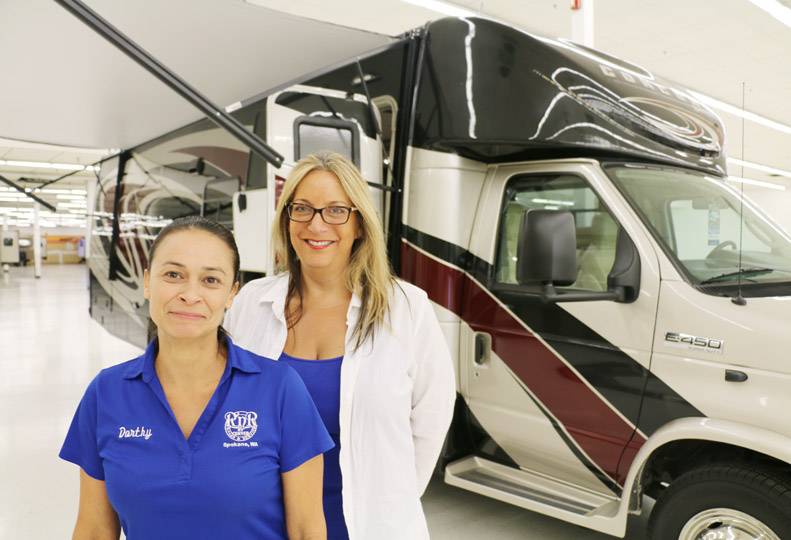 -—LeAnn Bjerken
Dorthy Foster, left, and Sharon Ensley stand beside one of RnR RV’s motor homes for sale at the dealer’s new North Side location. They say financing for motor homes is more affordable now than it’s been in the past. 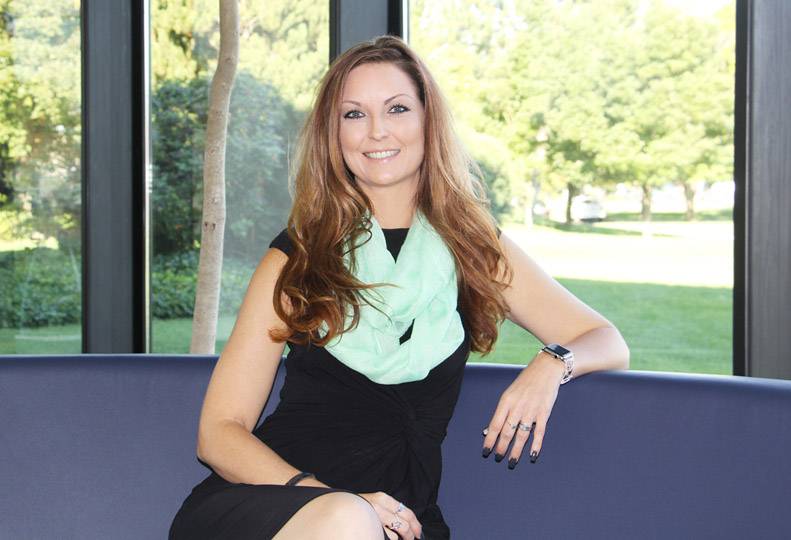 Both lenders and dealers say consumer interest in recreational vehicle loans has grown here this year, as unemployment and gas prices remain low and buyers remain confident about the economy.

While many people might think of motor homes when they hear the term RV, lenders say an RV loan can cover most recreational vehicles, including boats, jet skis, all-terrain vehicles (ATV’s), motorcycles, and camper trailers.

“The economy is still very strong, and people feel they can afford some of these more luxury items,” says Jana Erny, vice president of retail lending for Numerica Credit Union.

Erny says in the past year, the credit union has seen the number of such loans increase significantly.

“Overall, we’ve seen a general increase in consumer loans,” she says “But just looking at boats and RVs for the first six months of last year, compared to this year, the number of boat loans has gone up by 36 percent and RVs aren’t far behind with about a 26 percent increase.”

“We try to keep our terms flexible, to keep payments low and maintain affordability,” she says. “Interest rates are dependent on credit and the loan term, so they will vary. However, at Numerica, we try to keep an eye on the markets so that we can stay competitive.”

Erny says that while RV loans can cover many types of recreational vehicles, the majority of loans the credit union considers are for motor homes.

“We do see a higher volume in that area, likely because there are so many beautiful lakes and places to visit here,” she says.

Dan Hansen, media communications manager for Spokane Teachers Credit Union, says that at STCU, “An RV loan can cover practically any vehicle with a motor that you use for recreation. We have made some ads recently to help educate consumers in certain markets, so they’re more aware that these loans can also cover things like personal watercraft and ATVs.”

Hansen says that June tends to be the credit union’s most popular month for RV loans, as it is the start of the summer season when people like to be outdoors.

“Our auto loans have been really strong this year, and a lot of times that goes hand in hand with RV loans,” he says. “Comparing from January through the end of June last year, with the same period this year, the number of RV loans has increased 45 percent.”

Hansen says interest rates on RV loans, while subject to change, also increased recently by a quarter of a percent, and are currently as low as a 3.99 percent annual percentage rate (APR).

“I would say credit unions do the majority of boat and RV loans here in town, simply because they can offer lower interest rates and specials that banks can’t,” he says. “Because credit unions are member owned and aren’t taxed federally, they’re somewhat harder for banks to compete with.”

Burchard says INB generally limits its RV loans to existing customers. “We have some offerings, but not as many as other lenders, so it’s difficult to compare data.”

Despite those differences, Burchard says INB saw a 95 percent increase in loan applications for RVs and boats in the 12-month period ending June 2016, compared to the year-earlier period.

“Volume is good and the market is highly competitive for pricing and terms,” says Burchard. “It’s not uncommon to find 15-year fixed interest rates.”

Similarly, Teri Lambright Coker, Austin, T.X.-based, senior vice president and retail client manager for Bank of America, says that nationally, the RV industry has been experiencing a robust year in both the manufacturing sector as well as retail sales.

“This year, we’ve seen an increase of more than 40 percent in our retail RV lending volume, and we attribute that to increased product availability and continued opportunities for low interest rate financing,” she says.

“The fastest-growing buyer segment is the 35-54 age range,” she says.

Sharon Ensley, a finance manager with RnR RV Center, says the dealership often acts as a liaison between consumers and lenders to help consumers find a good rate.

“We have a kind of indirect relation-ship with groups of banks and credit unions,” she says. “Larger dealerships like us usually use online portals like the Credit Union Direct Lending network and Dealertrack, to help them find the best financing option.”

“Following the recession, companies were downsizing and employees were spread thin, with challenging work schedules that didn’t allow much time off,” she says. “Now they’re starting to look at RVs as being able to provide relaxation, while still having the option to connect to the office if they need to.”

Ensley says the dealership has noticed the increased popularity of RVs in the last few years, with manufacturers offering dealers specials on inventory, and lenders offering extended terms for financing.

“Financing on RVs is extremely affordable right now,” she says. “In our area, I would say 70 percent of the deals we see are financed.”

Dorthy Foster, who serves as general manager for the Francis location, says the dealership expects RV sales to continue increasing in popularity.

“The monthly payments on RVs are very affordable,” she says. “People see that as money saved on food and hotel expenses, with the added benefits of home comfort and family close by.”

Last spring, the Recreational Vehicle Industry Association’s forecast indicated demand for RVs was expected to continue to grow this year. The association cited an improving economy and consumer preference for RV lifestyle and innovative designs as factors driving the demand.

At that time, the organization anticipated industry shipments to reach 381,100 units this year, a 2 percent increase from last year’s total of 374,200.

Steve Cody is the owner of Del Creek Productions, the Colbert-based company that puts on the annual Inland Northwest RV Show at the Spokane County Fair & Expo Center each January.

He says 13,000 people attended the indoor, multidealer show this year.

In addition to six area RV dealers, he says, each show features about 40 different vendor booths for banks and credit unions, so that attendees can shop financing rates on-site.

He says the upcoming show set for January 2017 has already sold out all of its booth and dealer spaces, which he feels bodes well for the RV industry.

“If they didn’t think things were going well, we wouldn’t have booked so fast,” he says.

Cody says with sales doing so well, RV dealers are expanding, and in turn buyers continue to look for more financing options, generating business for banks and credit unions.

“Each year, you kind of wonder, but this year, we noted more active buyers coming to the show, and our sales were even better than last year.”