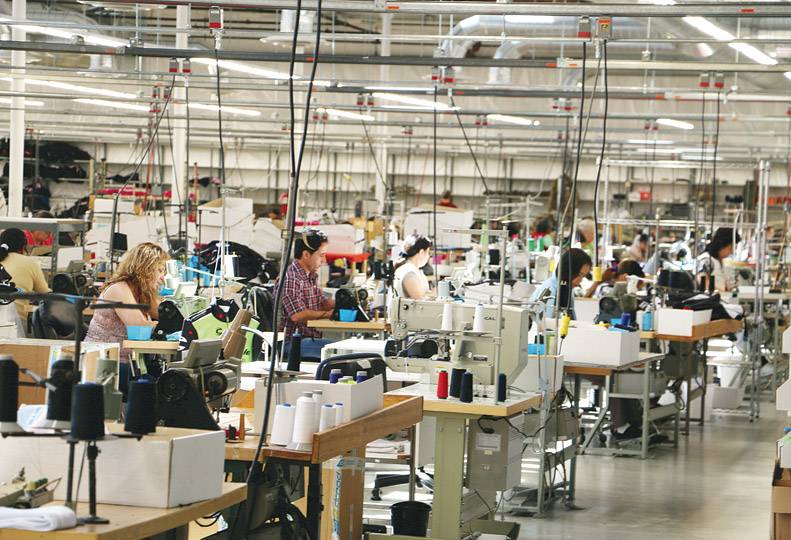 -—Mike McLean
Sewing manufacturer K-L Mfg. Co. has room to grow at its plant, at 2438 N. Ruby, which the company bought and renovated through a $4.6 million, SBA 504-financed project. 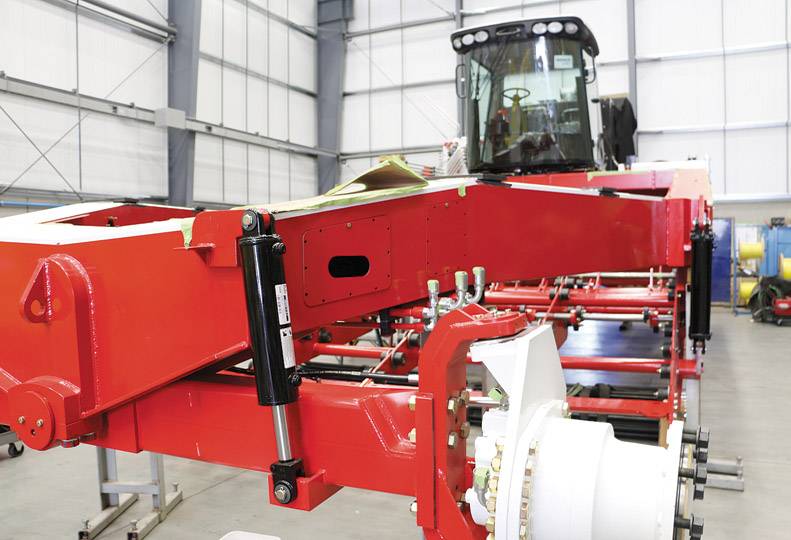 “Businesses looking at some kind of expansion should take a look at it,” he says of the 504 loan program, which is named for the federal Section 504 job retention program. “There’s a lot of benefit to businesses, especially on larger projects, but they’re not always aware of it. It’s kind of an overlooked program.”

For a $5 million project that qualifies for SBA 504 financing, the borrower would put up $500,000, the SBA would guarantee $2 million through a debenture brokered by the certified development company, and a bank or other conventional lender would have a maximum exposure of $2.5 million, he says.

“The bank takes first position on all collateral so it’s in pretty good spot,” Schinzel says.

Certified development companies sell the SBA-back debenture portion of the financing on the secondary market.

Interest for SBA 504 financing usually is under 5 percent and the terms can be as long as 25 years.

Under conventional financing for a $5 million project, the borrower likely would have to put up at least 25 percent, or $1.5 million, for a 15- to 20-year loan with an interest rate of at least 6 percent, Schinzel says.

Spokane area companies that recently have expanded through SBA 504-financed projects arranged through the Northwest Business Development Association include American Ironworks & Erectors Inc., of Spokane Valley; K-L Mfg. Co., of Spokane; Center for Pediatric Therapy, of Spokane; and Wemco Inc., which moved to the west edge of Spokane from Airway Heights.

SBA 504 loans can be used for the purchase of land and buildings, new construction, property and building improvements, and long-term equipment.

To qualify, the borrower must operate a for-profit company in the U.S. with a net worth of less than $15 million and an average annual net income of less than $5 million after taxes for the preceding two years.

Schinzel says 32 loans totaling $18.6 million have been issued in the Spokane branch region in the first nine months of fiscal 2015, which ends Sept. 30, up from 21 loans totaling $17.8 million in the year-earlier period, but below the 2013 level.

Sewing up a niche

K-L Mfg. Co., a contract manufacturer of active outerwear, financed a $4.6 million project through the SBA 504 program. The project included the purchase of the 133,000-square foot former Camp Chevrolet parts warehouse, at 2438 N. Ruby. It also included extensive improvements to the building.

“It was basically a shell,” says Joe Doohan, president of K-L Mfg.

The company moved to the facility this year from cramped quarters in the McCullough Block building, at 2726 N. Monroe.

The new facility puts K-L in a position to hire more employees, Doohan says. “That’s our plan,” he says although he adds, “I don’t want to go above 200 employees.”

Companies with fewer than 500 employees fall under SBA’s general definition of small business in regard to many of the agency’s programs.

“This is definitely a small business,” Doohan says. “The factories we compete with have thousands of people.”

K-L Mfg. specializes in manufacturing sports and outdoor apparel that requires a highly skilled employee base, he says.

“You can do generic stuff anywhere,” he says.

Doohan says some apparel companies are re-embracing U.S. manufacturing. Though he declines to identify them, he says K-L Mfg. has a strong client base among active-wear companies, including several based in the western U.S.

“I speak English. I work in the same time zone. And I respect intellectual property,” he says.

Doohan says he had been looking to expand for about two years.

“We’re fortunate it came together the way it did,” he says of SBA 504 financing. “We couldn’t have done it without that support.”

Because Spokane is designated by the Washington state Department of Commerce as a community empowerment zone, K-L Mfg. also was able to defer sales tax on improvements to the plant.

The community empowerment zone designation is intended to stimulate job growth and business investment in areas where income levels are below the state average.

Wemco Inc., an industrial equipment manufacturer, funded its move and expansion on the West Plains with a $6.6 million financing package.

“We have the capacity to grow,” Rouse says. “We will be building more buildings.”

The company’s future expansion plans include constructing a 20,000-square-foot fabrication and assembly facility.

Wemco previously had operated from a 33,000-square-foot leased complex at 2823 S. Craig Road.

Since the move early last year, the company’s workforce has doubled to about 50 employees, Rouse says.

The company also is on track to more than double its annual revenue since the move, he says.

“We will be hiring more production people,” he says.

Instead of contracting during and since the Great Recession, Wemco bought up equipment to be ready for the economic turnaround.

The new facility has the largest metalworking planer between the West Coast and Chicago, Rouse asserts.

The five-axis machine can work on metal parts measuring up to 50 feet by 12 feet by 18 feet, he says.

A current project in production is a 24-ton piece of tooling equipment that will be used by Boeing Co. to build fuselages for commercial aircraft.

Rouse says the SBA, with the 504 program in its toolbox, is “one of the better departments” in the federal government. “It’s definitely pro-business,” he says. “That’s important to the economy.”

In a $1.8 million SBA 504-financed project, the Center for Pediatric Therapy recently bought the two-floor Sons of Norway lodge building at 6710 N. Country Homes Blvd. and converted it into a therapy center, where the practice now occupies 10,000 square feet on the main floor.

Renovations included gutting the interior of the building, installing new mechanical and plumbing systems, and constructing therapy and office stations, says the center’s controller Brad Fryett, who co-owns the practice with his wife, Echo, a physical therapist.

As a result of the increase in space, the practice offers more specialized services.

The practice currently has a staff of 27 therapists, and three social workers employed by Spokane County are based at the center, he says.

Before the move, the practice had occupied less than 6,000 square feet of space and had 14 therapists.

The Center for Pediatric Therapy offers physical, occupational, and speech therapy services. Patients range in age from birth to 18 years old, and often present delays in development or specific therapy needs, including difficulty with mobility, sensory processing, and feeding.

American Ironworks & Erectors Inc., of Spokane Valley, took advantage of the SBA 504 program last year to acquire 4 acres of land occupied by a 4,500-square-foot office building and a 4,800-square-foot service and storage building for $916,000.

Levernier Construction Inc. had owned and occupied the site at 7620 E. Spear, but scaled back operations during the recession and sold the property last year to American Ironworks.

The heavy-construction contractor had been based in the Central Business Park, at 11016 E. Montgomery, where its main office and equipment storage were in separate areas, says James Andrews, president of American Ironworks.

He says the loan payment is lower than the company’s former lease payments.

“It was a no brainer,” Andrews says of the financing and move. “Plus, we’re building up equity.”

Andrews says American Iron Workers has 10 core employees in the office and 30 to 40 employees in the field. Depending on volume of active projects, the union ship has sometimes had more than 90 workers, he says.

The property has room to secure and store the company’s equipment and has room for American Ironworks to grow, he says.

Looking forward, Andrews says, “There seems to be a lot of stuff in the design phases for 2016.”