Pullman workforce to top 3,000 within a few years 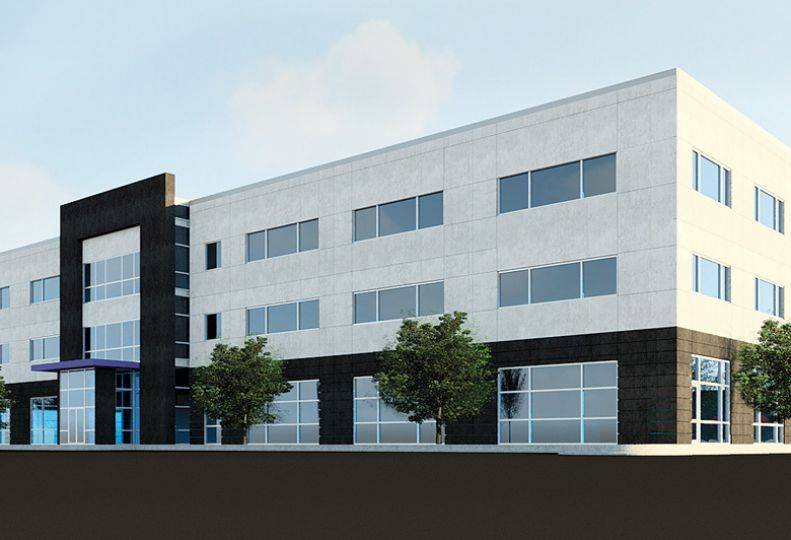 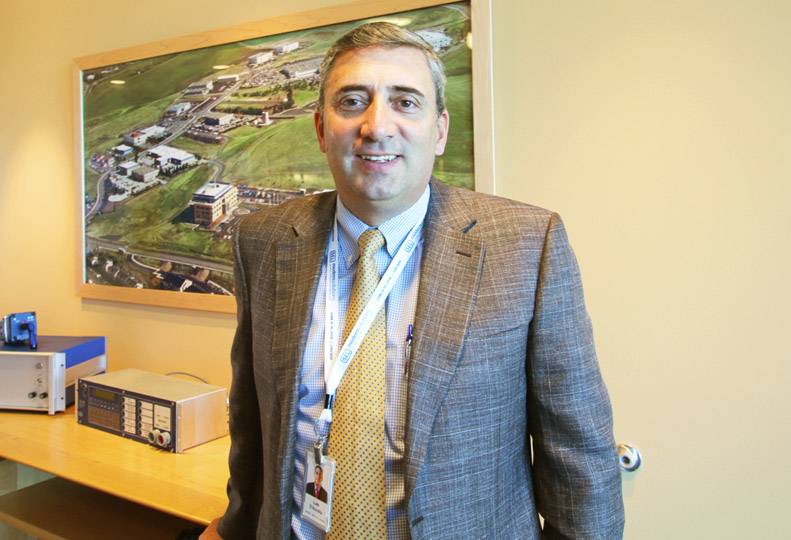 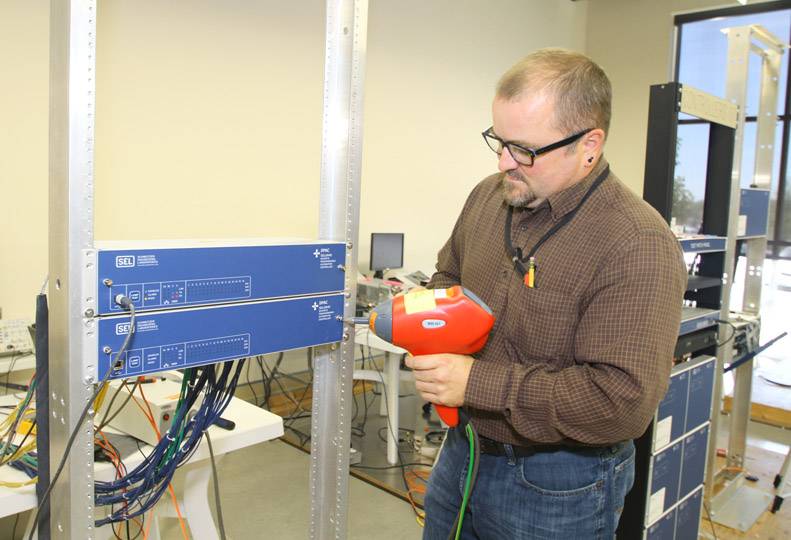 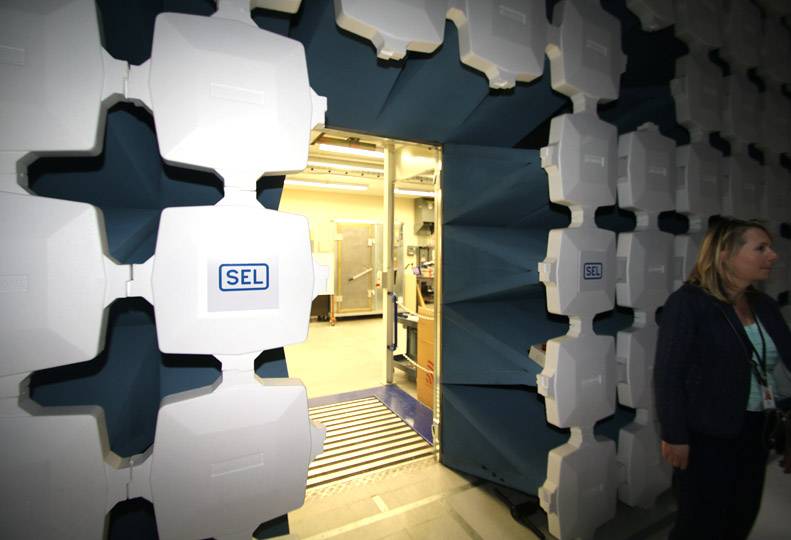 Pullman-based Schweitzer Engineering Laboratories Inc., is growing quickly around the world, although it also remains committed to its home base, says company CEO Luis D’Acosta.

The company recently broke ground on two buildings in which it plans to expand its Pullman workforce of 2,300 by another 850 employees within the next few years.

SEL designs and manufactures digital products that protect power systems for customers around the globe.

Most major utilities and many industrial power consumers, hospitals, and college campuses use SEL products.

“We have opportunities to serve anybody who uses electricity,” D’Acosta says. “There’s no such thing as a small order or a small customer.”

The company doesn’t disclose revenue, but D’Acosta says SEL is on track to top $1 billion in annual sales within the next few years.

SEL currently has 275 job openings, most of which are in the Pullman-Lewiston area.

“We’re committed to growing our own expertise,” D’Acosta says.

Washington State University, which is practically SEL’s next-door neighbor, and University of Idaho, which is about 10 miles east of SEL, both are major sources of engineers for the company.

“Their engineering schools help us tap into talent that comes into this region,” D’Acosta says.

Some SEL employees are visiting professors who attract engineers from all over the country, he adds.

“That gives us an opportunity to test drive talented professionals before we offer them jobs,” he says. “We grow a lot of talent in-house and plan to continue to grow fast here.”

“We’re able to recruit from local communities and attract talent from all over the country,” D’Acosta says.

SEL also has 350 employees in Lewiston and currently employs a total of 4,500 people worldwide.

SEL continually deploys strategic initiatives to engineer and develop technologies so advanced that D’Acosta describes them as “industry disruptive.”

One of SEL’s recently developed technologies can detect and respond to faults within 100 microseconds—which is an order of three magnitudes quicker than its previous industry-leading speed. A microsecond is 1 millionth of a second.

“It’s like the difference between walking and taking a plane,” he says of the technological advancement.

“We talk about the responsibility of every employee owner to be creative and think of new ways of doing things better,” he says.

The company is 100 percent employee owned, which provides added incentive for innovation, he asserts.

“Public companies have to deliver every quarter,” D’Acosta says. “That makes for decisions based on short-term performance.”

“It’s great to have an employee know their retirement will be in the hundreds of thousands of dollars,” D’Acosta says. “Some will retire as millionaires for contributing to the growth of the company.”

“Most of our baby boomers have been with us a long time and enjoy contributing to a company and industry as true experts in the industry,” D’Acosta says. “We have a great generation of baby boomers mentoring and teaching younger generations.”

The company has started site work on two roughly 100,000-square-foot buildings on its 92-acre campus, about 80 miles south of Spokane.

One building, to be named Z-Beta, will be SEL’s second research-and-development building at the Pullman campus.

The “Z” part of the name is in honor of the late Stanley Zocholl, a SEL engineer who held several patents with the company.

The “Beta” part of the name, along with being the second letter of the Greek alphabet, also is an engineering reference having to do with traveling waves, which is related to fault detection and locating technologies SEL is developing.

The Z-Beta building will have lab and office space for 300 engineers.

A similar-sized research-and-development building, named the Zocholl Engineering Building, was constructed on the campus in 2013.

The other building soon to be under construction will be dedicated to manufacturing industrial control panels and enclosures for SEL components. It will provide 550 manufacturing jobs.

The buildings are scheduled to be completed in June.

SEL designed the buildings in-house and is acting as its own contractor. Local subcontractors include Steel Stud Structures Inc. and Cobra BEC Inc., both of Spokane.

Pullman has by far SEL’s largest workforce, although the company is growing at a faster rate internationally and around the U.S. outside of the Palouse, having recently expanded internationally in Brazil, Mexico, and Saudi Arabia.

Twice a month, SEL bring groups of 20 employees from outside of Pullman to the company headquarters to learn about SEL culture.

“They become great ambassadors of SEL culture,” D’Acosta says. “It also helps us to understand what’s going on in field offices around the world.”

Domestically, SEL recently bought a 17,000-square-foot building in Boise where it has 37 employees, most of whom are engineers involved in research and development, he says. SEL also recently expanded in Charlotte, N.C.

SEL also is looking to expand its office space in the Spokane area, where it currently has a 7,000-square-foot satellite office in Spokane Valley, enabling some Spokane-area employees to work closer to home when possible.

“It’s a great satellite office to Pullman,” D’Acosta says. “Pullman is great, but it’s not for everybody.”

D’Acosta, a native of Mexico City, which has a population of 22 million, says, “I’m happier in a quieter town.”

The components are assembled into custom systems at integration centers, such as in Mexico, Brazil, Saudi Arabia, and India to meet needs of regional markets.

SEL has more than 60 sales and support offices throughout the U.S. and 50 international offices in 22 countries. The company boasts customers in 148 countries worldwide.