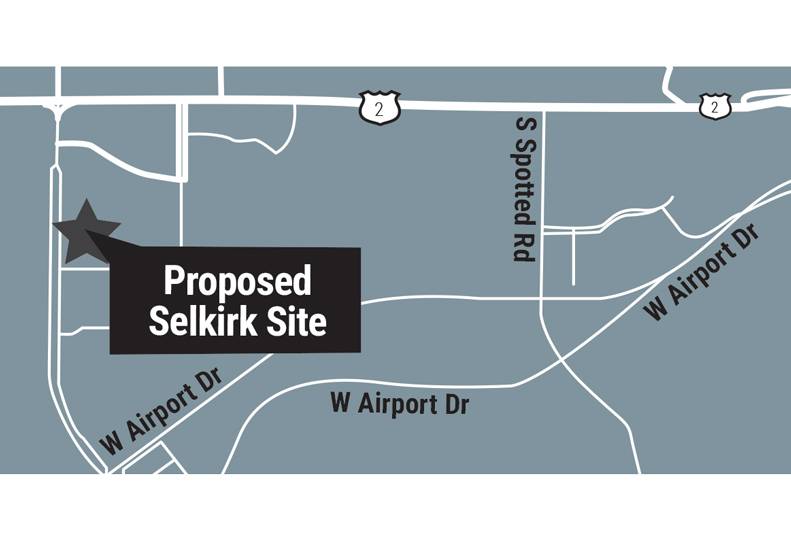 The Spokane-based injectable-drug manufacturing and packaging startup could break ground on the project as soon as next month, though a specific timeline is still unclear.

Planning documents filed with the city of Spokane now show the two-story structure to be located at 9110 W. Granite eventually will accommodate more than 300 employees in 147,600 square feet of office, manufacturing, and warehouse space. An initial building permit application listed a 63,000-square-foot building.

The company has applied for a permit to begin site grading and utility work on the planned facility. Work could begin next month, according to environmental documents filed with the city of Spokane in early March. Other planning documents filed at that time show the company plans to complete the site work and building envelope by December 2021, with some tenant improvements being deferred until a later date.

However, Selkirk Pharma CEO Patrick Haffey told the Journal in late March that the construction timeline for the company’s planned facility was thrown into uncertainty due to disruptions related to COVID-19.

The site work and foundation portion of the project have a construction value of $4.5 million, permit information shows. The project previously was estimated to be valued at $30 million in all. A valuation of the expanded project isn’t included in the updated plans.

Selkirk Pharma purchased the vacant 16.4-acre development site at the northeast corner of Granite Avenue and Flint Road in late September for $1.3 million, according to Spokane County Assessor’s Office records.

The company currently has about 10 employees, according to PitchBook.

Selkirk Pharma was founded in 2018 by a team of physicians and pharmaceutical industry leaders and currently is located at 827 W. First downtown.