Changes at Google, other factors cause Spokane-area consultants to change focus 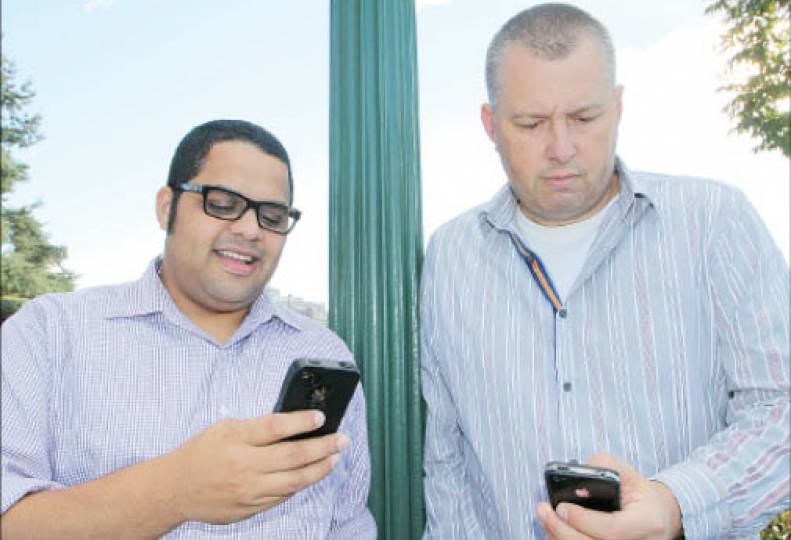 Strategies to drive customers to business websites has shifted away from an emphasis on search engine optimization, or strategies that can rank online sites higher in a search engine's results, to more of a focus on engaging Internet content, industry experts here say.

Principals at two Spokane online marketing firms say trends have changed enough that search engine optimization, or what is often abbreviated as SEO in the industry, has lost its luster. Online marketing is more focused now on steps that encourage website visitors to interact or, ideally, act. The action may be to buy an item, enter contact information, or mention a site on social media websites.

The trend of more people in the U.S. using mobile devices, including smartphones and tablets, also is influencing methods businesses can use to pop up quickly in an Internet search, they say.

"Everyone is asking for SEO, but for me SEO isn't as important," says Ed Reese, an owner of Sixth Man Marketing Inc., a Spokane-based online marketing and consulting firm. "If a website doesn't function well once people get there, it's like a basketball player making 100 shots in a game. If the ball doesn't make the basket, it doesn't matter."

Reese adds, "We help companies' websites be found via search, but more importantly, that people who find the website take action, understand the message, and learn how it suits their needs."

Chris Reilly, owner of Unleashed Online Marketing here, says search engine giant Google Inc. made recent algorithm upgrades for what's called natural or unpaid searches that halted some SEO tactics, such as frequent comments on other blogs linking back to a website.

Because of Google's changes earlier this year, he says businesses see greater success by taking more holistic approaches to their own websites that involve engaging content, social media ties, a newsletter or blog, and a recognizable brand name. Other examples are email marketing and offering discussion forums for users of webpages.

Reilly adds, "Google is watching, seeing the content, seeing that people are sharing it online and sharing it on social media. That drives an amazing amount of traffic and boosts ranking."

Reese says businesses also can do website performance testing, which Sixth Man Marketing offers, that can measure an Internet page's effectiveness for gaining user interaction or action, called conversions. He says one example is split testing, a technique that randomly serves up usually two different company website pages to measure a goal, perhaps to gain sales or customer interfaces.

The method can test variations on a message, photo, or simple text instruction on a button to click for an offer. For a car dealership, the comparison may test the effectiveness of a message that's price-focused compared to one with warranty information, Reese says.

"We have a variety of tools to measure which page is more effective," Reese says. "It's meaningless to have a million visitors a month to a website if they take no action. You want them to have a good user experience so they take action, if it's the right fit between them and the business."

He adds, "Search engine optimization is important to some degree, but at the same time, if it's a bad website experience, then in some cases, that's worse."

The industry shift from an SEO focus is relatively new. Reese says he started placing less emphasis on SEO about two years ago, adding services that went beyond boosting search result ranking.

"It was very frustrating to help companies gain high ranking, but they'd still have a website that wasn't performing well," he says. "Good presence is still important, but we're taking a more holistic perspective."

Unleashed Online Marketing, which opened an office in Seattle in July, is focusing less on search engine optimization and more on online advertising campaigns for clients that draw Web traffic, such as key-word ads and banner ads, Reilly says. It employs five people here including Reilly, who now divides his time between Spokane and Seattle.

A familiar key-word advertising platform is Google AdWords, a pay-per-click ad listing in which companies select key words related to a business that shows up next to search engine results as an option to click on for people searching online for information.

"The tactics that used to be available to small businesses with SEO have really been virtually eliminated as far as being successful," Reilly adds. For example, businesses that previously found success with free traffic from Google because of a good, likely searchable Web domain name, such as petcalendars.com, aren't as effective under Google's upgrades.

"It used to be if you owned a domain such as petcalendars.com, and you did SEO work building links to the website, you'd likely rank well for those key words and get a lot of free traffic," he says. "But now, the No. 1 website for pet calendars is Pet Prints. They developed a brand and lots of content and are now ranking No. 1 because they have a following they've developed outside of Google."

As an example, Reilly also refers to Unleashed's website, which in the past showed up well simply under generic key words "Spokane SEO." Because the company built up its brand name through traditional media, public speaking, and signage, more people began to search using just the name, Unleashed Online Marketing, he says.

"One of the factors that Google has changed is they actually monitor how many times people search for a company's own brand," he says. "Now people search for our name, Unleashed Online Marketing. There are several people searching for this naturally, and we continue to show up when people search Spokane SEO, as well, because Google feels we're a trusted company."

Reilly says it previously was effective for people to comment on other website blogs and link back to a website to increase search ranking. However, some people took the concept too far and hired overseas workers to inundate blogs using this technique, Reilly adds.

"Google analytics have found a way to successfully eliminate those tactics if they see an unnaturally high amount of comments or, in some cases, repeated language," he says. "Essentially, what's happening is Google is trying to eliminate shortcuts so people can't cheat the system to get higher rankings."

Reese says he thinks that Google's series of recent updates has had positive impacts overall.

"This past year, there has been a whirlwind series of updates," he says. "It's made it very difficult for sites that were spam-focused websites, or people trying to manipulate search results. If you are trying to do the right thing, following Google's recommendations, you're doing fine now."

As more people use mobile devices, that trend also is impacting how effectively online searches find businesses, Reilly and Reese say. Both also describe a trend toward more companies having websites built with a responsive design, which means website content adapts to a connecting device, whether it's a smartphone, tablet, or desktop computer.

"It reshapes and resizes to the device you're using," Reese adds. "It tends to simplify for mobile."

Reese says mobile online marketing is much more utility-driven, which involves simple and efficient website paths to find a map or make a quick call.

"If someone wants to find a restaurant, they're unlikely to read a long blog," Reese says. "They want to quickly look at a map, or get to a button to auto call in order to make a reservation."

Reilly adds that many businesses are finding success through mobile advertising. He says that while stand-alone mobile websites are quick and cheap to build, they can be frustrating to users.

Reese says his company also offers online marketing strategies and performance testing, but it recommends a handful of Spokane-area website design firms to build suggested improvements. Reese and his wife, Tine Reese, are the only Sixth Man Marketing employees, but the company also works with six contracted consultants in Spokane and across the U.S.

While technology and methods for bringing a business website toward the top of a search are evolving rapidly, longtime solid business practices still prove effective online, Reilly says.

"Small business owners are feeling overwhelmed, rightfully so," he says. "The pace of change is difficult to keep up with even for professionals. What you need to focus on is to give clients a great experience when they visit your website and when they interact with your business. And from that, relationships, and eventually ranking, come."

Reese says the best-performing websites are ones that have constantly improving content. "It should have this message, then measure it, and then improve it."