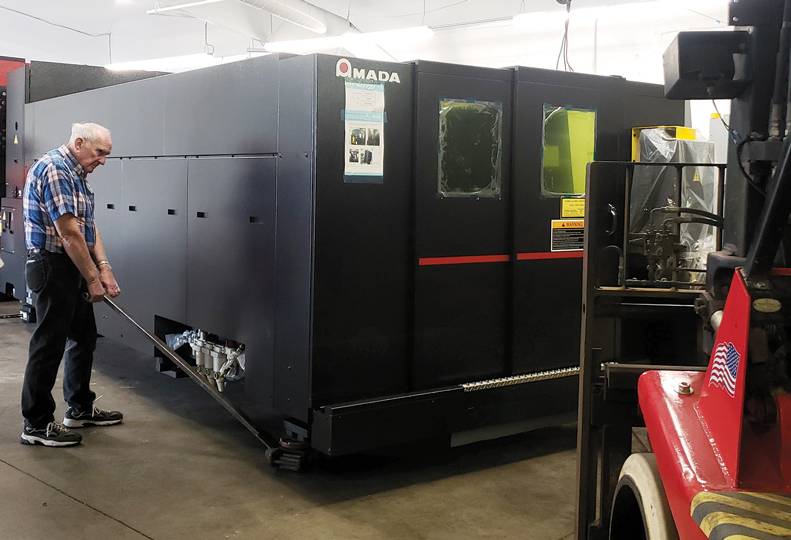 The new laser cutter, made by Seattle-based Amada America Inc., was installed at Shamrock’s 15,000-square-foot facility earlier this month.

The machine is powerful enough to cut through thick metals that other lasers at Shamrock can’t handle, Oliver asserts.

It also will speed up the shop’s throughput by cutting down on the time each project spends under the laser by as much as a third.

“The addition of the equipment is adding some automatic capabilities that we don’t have right now,” Oliver says. “It also increased the weight capacities for the material we’re going to be cutting.”

The laser was ordered before the COVID-19 pandemic struck, Oliver says, and the health crisis delayed deliveries from Amada.

Shamrock Machining was established in 1993. The company employs between 25 and 35 people at any given time, he says.