Shock to the system: Arena football’s return to Spokane 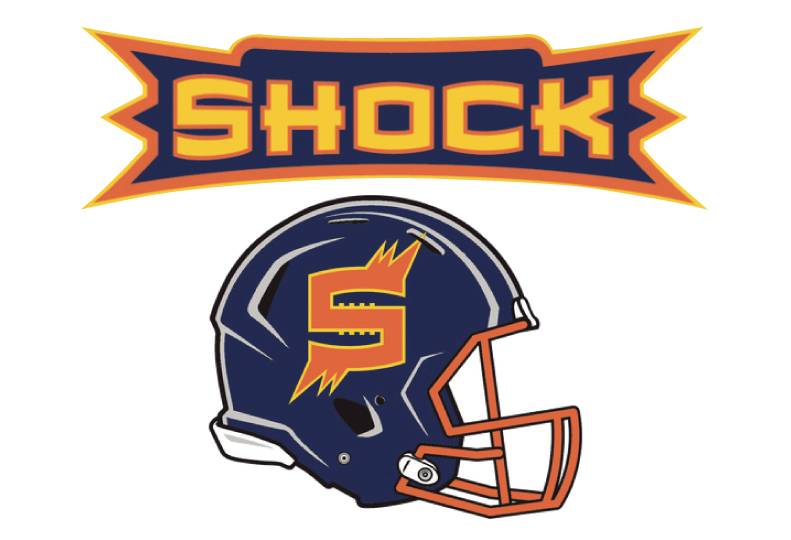 Former Seattle Seahawks defensive lineman Sam Adams says he plans for more than football once the Spokane Shock starts its season in March in the Indoor Football League.

On Thanksgiving Day, the franchise’s majority owner spent most of his day responding to 461 emails, nearly all of which were Shock-related. While he was doing that, Adams says, another 466 Shock-related emails entered his inbox.

“It’s all about the business aspects of what we want to do with the team in Spokane,” says the former 14-year NFL pro.

Adams says the Shock currently has 10 Spokane-based employees on the team’s payroll. By the time the season starts, he expects the Shock will have 60 employees. As the season is just months long, Adams says most of those franchise workers will be seasonal.

Stephanie Curran, CEO of the Spokane Facilities District, admits she doesn’t know much about football. However, she says Adams’ infectious personality, appreciation for Spokane, and love of football will be a good fit for the city.

“We were pleasantly surprised to learn that football was making a return,” Curran says. “He’s working really hard to not only get this working, but is working with potential owners in other Pacific Northwest cities to add more teams.”

The original version of the Shock began playing in 2006 in the arenafootball2 league before the team joined the Arena Football League in 2010. The AFL franchise was folded in 2015 and the ownership group at the time bought a franchise in the Indoor Football League and named it the Spokane Empire. The team played in 2016 and 2017 before ending play due to financial problems.

The AFL filed for bankruptcy protection and dissolved last week.

Curran says the PFD didn’t compile economic impact studies based on the presence of the Shock or Empire. However, there was some information to glean from ticket sales during the last three years of indoor football in Spokane.

Public Facilities District ticket records show that in 2015, the last year of play for the Shock, home games for the season drew 3,000 ticket sales from buyers beyond a 50-mile radius from Spokane.

“It’s not unreasonable to speculate that if you’re coming from more than 50 miles away for a single game that a lot of those fans coming here spent a night in a hotel and had at least a meal,” she says.

She adds, “The economic impact of football during those years is probably more than we think.”

“Quite frankly, there are better ways to drive economic impact than the football effort,” Sawyer says.

However, what the return of the Spokane Shock can bring to the region is another entertainment option, which has the ability to improve the quality of life perception by residents here and those beyond Spokane, Sawyer says.

The Shock are scheduled to play a total of 14 games through the end of July. While half those games will be played here, Adams and his business partners have their sights on more than just a single game-day experience during the week.

More than football, Adams says he wants to establish a franchise that will have deep roots in Spokane and serve as a seasonal economic boost to the local economy. He says he learned this through his mentor, the late Paul Allen, a Microsoft cofounder and former Seahawks owner. Allen died in October 2018 as a result of non-Hodgkin’s lymphoma.

The Seahawks drafted Adams in 1994. By 1996, then-owner Ken Behring attempted to move the team to Southern California. Allen acquired the team from Behring, and not long after, he put some Seahawks staff, Adams, and a few other players in an RV and sent them across the state from one town to the next discussing the positive economic impact the Seattle Seahawks franchise could have on the overall state.

“I never really thought about it as a player,” Adams says. “The boost to hotels, the rental industry, restaurants ... national exposure. And the best way to make that happen is to create partnerships with the communities, Paul would always say.”

At a local level, whether at home or on the road, Adams has plans for a franchise that will have a near-daily presence both in and around Spokane.

“We’re looking at having team meals at restaurants around the city where people can bring their families to meet players and coaches and have dinner themselves,” he says.

“Having the team at fundraising events, at the schools, in hospitals,” he says. “We think we can have a franchise that can have a connection with Spokane.”

As for game day, Adams envisions a series of day-long events around the community involving player and coach involvement to generate fan interest.

“Game day will basically be a party where a football game breaks out,” Adams says.