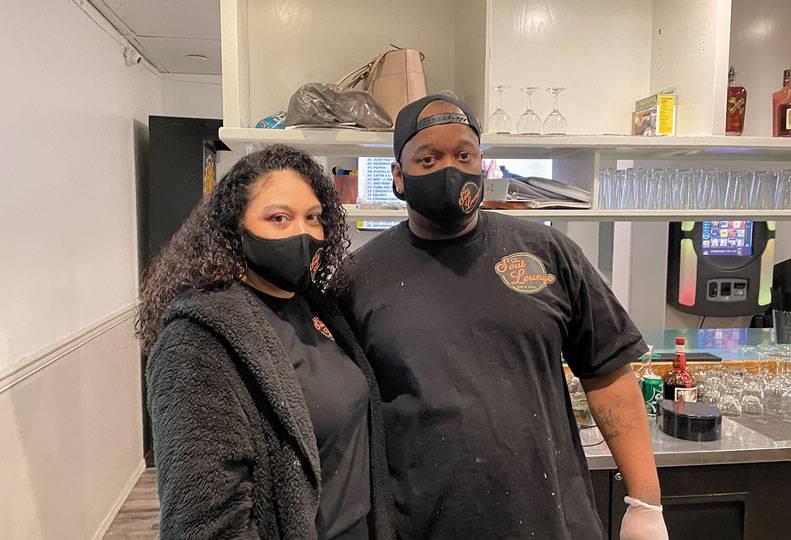 Cassondra Williams, owner and operator of The Soul Lounge Bar & Grill at 2401 E. Sprague, takes great pride in the fact every item on her menu is made from scratch.

“You’re not going to find a can of anything in here except soda,” she says with a laugh.

Williams, 34, unveiled The Soul Lounge on Jan. 29. Considering that a restaurant operator can allow seating to reach only 25% of capacity due to COVID-19 restrictions, business has been strong so far, Williams says.

“We’ve already had a lot of repeat business and we’ve only been open for three weeks,” Williams says.

A Spokane native and graduate of Lewis and Clark High School, Williams went on to earn a bachelor’s in English literature and a master’s in management leadership from Western Governors University.

Her boyfriend, Sean Johnson serves as general manager of The Soul Lounge. Williams also has a full-time job with Spokane Transit Authority where she wears a variety of supervisory hats for a few departments. She first worked as a bus driver for five years at STA before moving on to become a dispatcher for close to the next decade, she says.

“I love my job working at STA. It has been a great company to work for,” Williams says. “But deep down, I’ve always wanted to own and run my own business. If your own business can do well, then the reward can really be great.”

The Soul Lounge is located in a 6,000-square-foot building, owned by an affiliate of Spokane-based Robert Gilles Realty, which brokered the lease agreement with Williams.

“I took over the lease in August, and pretty much since then we worked to get in operating condition,” she says.

Long-time residents of Spokane may remember the building was once home to the somewhat legendary bar and tavern called The Flame.