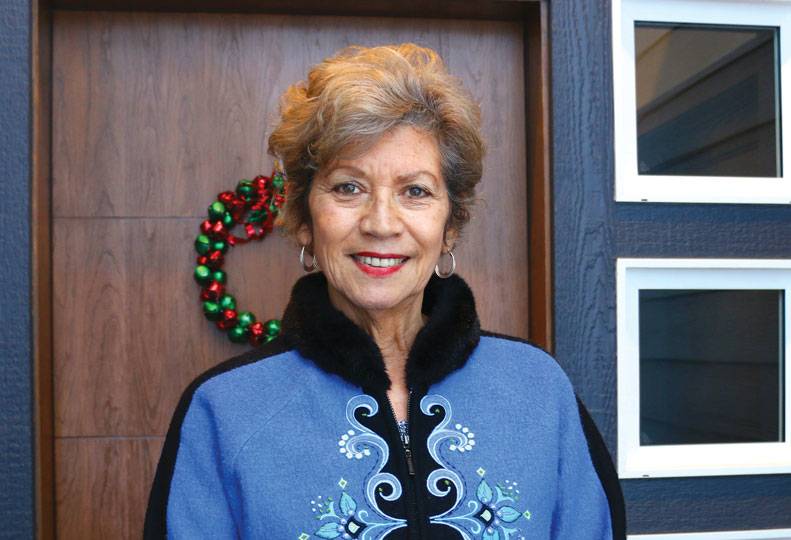 More than $786 million went to 6,755 businesses in Spokane County through the federal Paycheck Protection Program, according to detailed data released earlier this month by the U.S. Small Business Administration.

The largest loan in Spokane County went to Spokane Valley-based general contractor N.A. Degerstrom Inc., which received $8.9 million in April. The average loan to a Spokane County business was about $116,000.

Spokane County businesses sought PPP loans through 148 lenders, many of which are local to the Inland Northwest.

Among those lenders was Spokane Valley-based Numerica Credit Union, which issued more than $83 million in PPP loans. Mike Shortell, assistant vice president and Numerica’s SBA team lead, says the credit union made PPP loans to about 1,000 borrowers in Spokane County, North Idaho, and the Eastern Washington areas of Tri-Cities, and Wenatchee.

“It had a very rocky roll out, but once Numerica and other lenders sort of got their feet underneath them, it became a very successful program,” Shortell says.

The Paycheck Protection Program was created in spring under the federal Coronavirus Aid, Relief, and Economic Security Act as a response to the economic crisis businesses faced as a result of the COVID-19 pandemic. The program, which was created with the intent to prevent some layoffs, provides loans to eligible businesses for the purpose of making payroll, mortgage, rent, or utility payments.

A PPP borrower’s loan can be fully or partially forgiven if a borrower retained all employees or rehired them within 24 weeks or before Dec. 31, whichever is first. Payroll costs must be at least 60% of the amount to be forgiven. If the borrower isn’t eligible to receive forgiveness, the loan is paid back at an annual interest rate of 1%.

The program has been marred by miscommunications from its hurried inception, Shortell contends.

The biggest challenge was in keeping up with all the changes and amendments, he says.

Those challenges have continued as Numerica is in the process of processing applications for PPP loan forgiveness. About 15% of Numerica’s PPP borrowers have applied for forgiveness so far, Shortell says.

“What I was told is that we just have to wait until the SBA has decided what the final process is,” Reyes says. “What I’ve heard is that you can fill out stuff, and then next week, it changes. So, I’m just waiting.”

Reyes says she would welcome the chance to apply for more money through PPP.

Much of Spokane International Translations’ work takes place in hospitals. As hospitals face another surge of COVID-19 patients, translating work at medical centers is likely to slow or stop due to restrictions on who can enter a hospital, she says.

“Right now, the hospitals are (restricting nonpatient access) again, so our business might slow down again,” Reyes says. “Then we’re probably going to need that assistance again -- as is everyone else.”

Demand is apparent for another round of PPP loans. A National Federation of Independent Business Research Center study in October found that 75% of eligible small businesses say they would apply or consider applying for a second PPP loan, and 52% of small business owners expect to need additional financial support over the next 12 months.

However, as of mid-December, it was unclear whether federal business-relief legislation would be approved before the end of this year. On Dec. 14, a bipartisan, bicameral group introduced a $908 billion package split into two bills. That’s compared to the first round of PPP loans, which consisted of two allocations of $310 billion and $350 billion.

Shortell says that while applications for forgiveness are steadily being submitted through Numerica, many business owners are putting off applying for forgiveness.

“There’s a good segment of borrowers that have not even submitted yet, and I think that they’re probably waiting for future changes or tax implications that may benefit them,” Shortell says.

“The time frame for forgiveness was initially to begin in July, but due to delays with the program, the SBA wasn’t ready until the end of August,” Brill says. “Initially, we didn’t hear anything from the SBA, but about month after our first submission, the SBA started processing applications on its end. Technically, the SBA has 90 days to review an application, but on average, I’d say it’s taking less than two weeks.”

Kelly McPhee, Spokane-based vice president of communications and public relations at Banner Bank, says it’s still early in the forgiveness process, as the first loan payments for most borrowers aren’t due until 24 weeks after the loan disbursement date. The earliest PPP borrowers still have a few months before they have to begin the forgiveness application process, McPhee says.

The PPP loan forgiveness process has been complicated by the fact that prior to the Paycheck Protection Program, the only recourse many companies had was a federal Economic Injury Disaster Loan, which is administered and funded by the SBA.

Shortell says SBA encouraged lenders to push the EIDL program in the early days of the pandemic, but the volume of loans quickly overwhelmed the system. The solution was to issue an EIDL advance of up to $10,000 in order to provide immediate assistance.

However, as SBA clarified interim rules, EIDL borrowers who also took out PPP loans learned that the advance would be deducted from the forgivable amount of a borrower’s PPP loan.

“They basically said you can’t do both because the PPP is also a grant, if it’s used properly,” Shortell says. “The logic was that if you did both, then the $10,000 or less advance from EIDL would get deducted from the PPP loan … which caught some of the lenders by surprise.”

Shortell says he’s heard some in the industry say that Congress will correct this.

“I would assume they would go back and retroactively pay back the EIDL advances that banks have had to keep on their books,” Shortell says. “We don’t want the borrower to have any extra debt from this crisis. We want them to use the funds, get through it, and (not) have a balance sheet burdened with additional debt from it.”

Shortell estimates about 40% of Numerica’s PPP borrowers also received an EIDL advance, although he can’t be sure yet.

“We have no way of knowing until they apply (for forgiveness) if they got an advance,” Shortell says.

Brill says that if another round of PPP is granted, he would want to see some changes as to who would receive funds first.

“I’d like to see a more robust qualification system put into place so we can target the dollars toward small business owners and their employees who need it the most,” Brill says. “Certainly, anyone in hospitality and food service should qualify, but there are so many other businesses that have been impacted over the past nine months that need help.”

“I have nightmares from when the first round happened. It was so chaotic,” Shortell says. “The challenge would be processing both at the same time and keeping track.”

If there’s a new set of rules for the next round of PPP, it could compete with rules from the earlier rounds.

However, McPhee points out that having gone through one round of the Paycheck Protection Program, banks are equipped better to address another round.

“We already have a process in place,” McPhee says. “The hard part was establishing the process, testing the process, and making sure it was efficient and didn’t have any issues. We’d be much better prepared this time.”