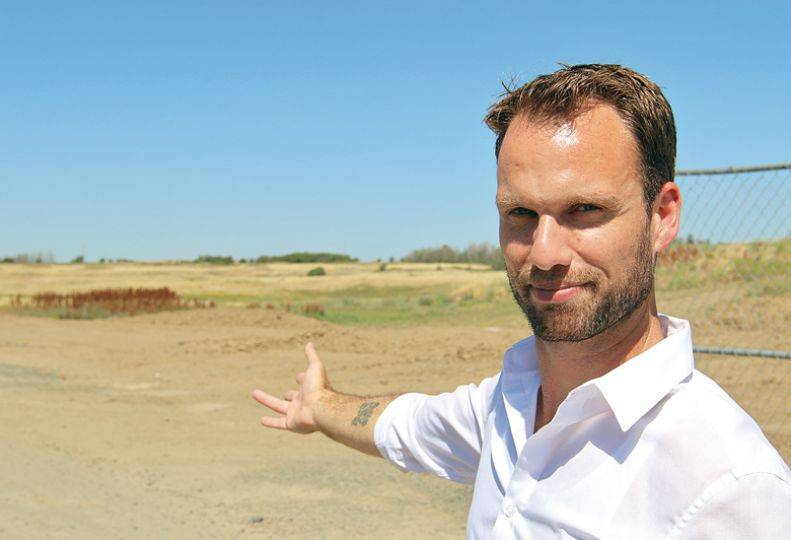 -—Kevin Blocker
Mike Tedesco, economic development director for the Spokane Tribe of Indians, says the tribe has had conversations with companies about locating in the proposed park. 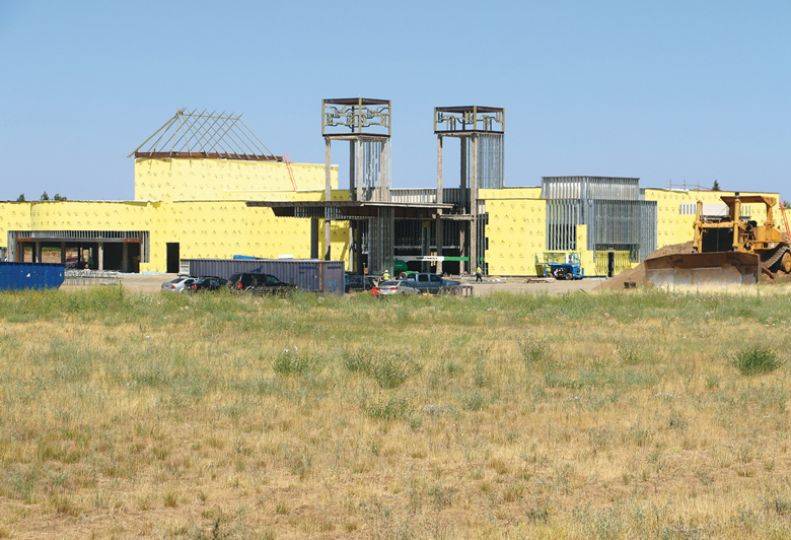 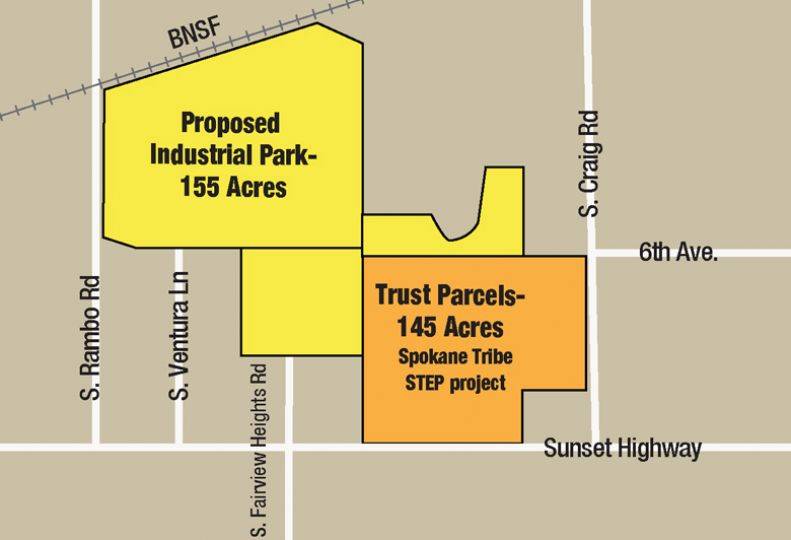 The Spokane Tribe of Indians is laying the ground for its next ambitious step on the West Plains—developing a 155-acre “green” industrial park to support its goal of creating its own utility company that would generate and distribute solar energy.

The tribe would like to supply that power initially to its reservation and to tribal-related enterprises, but ultimately also to commercial customers.

The proposed park would be located on adjoining land northwest of the 145-acre Spokane Tribe Economic Project (STEP) that’s to include a casino-resort complex, retail space, tribal cultural space, and a fire and police station. The overall cost of that project has been estimated at $400 million.

Construction on the $40 million first phase of the casino project began in November 2016 on tribe land located on the west edge of Airway Heights. The casino is expected to open at the end of this year. The tribe has said it expects the casino to generate more than 5,000 construction-related and full-time jobs.

As for the proposed industrial park, a timetable and specific cost estimate for developing it has yet to be determined, says Mike Tedesco, the tribe’s economic development director.

However, Tedesco says, “It will cost upwards of $1 million to extend all utilities and another couple million for roads including Highway 2 improvements.”

Tedesco says the Spokane Tribe wants to work with the city of Airway Heights to plan effectively for the envisioned park. He says the tribe currently is preparing the required federal application necessary to move the 155 acres into tribal trust to begin construction.

The tribe hopes to lure businesses to its property there with incentives provided through the Promise Zone designation the U.S. Department of Interior bestowed upon it in June last year, he says.

“There are already substantial breaks, and tax relief, for nontribal businesses doing business with a tribe on tribal land,” Tedesco says.

“They would end up losing the tax break because they’re not a tribal entity. A lease for a nontribal entity would be their preferred route,” he says.

Tedesco says one established selling point for an industrial park at the site is a Burlington Northern Santa Fe Railway Co. line that runs along the northernmost border of the site. Building a rail spur off the BN line would ease the flow of products in and out of the industrial park.

Spokane Tribe member Jason Campbell is the CEO of Sovereign Power Inc., a “power marketing company” the tribe created in 1998 to buy power from utility companies to sell to other buyers for a marginal profit.

Now, Campbell says, the tribe is positioning Sovereign Power to become its own utility concern to enter the business of generating and distributing solar energy. He says he sees economic opportunities for the Spokane Tribe and the cities of Airway Heights and Spokane.

Campbell and Tedesco say the tribe has envisioned possibly developing a solar array farm at the industrial park.

“The Spokane Tribe is in this space where economically we need to shift how we’re engaging with the region,” he says.

Campbell earned an MBA from Gonzaga University, and he says his area of emphasis focused on “entrepreneurship in Indian country.”

With about 2,900 members, the Spokane Tribe has an unemployment rate that exceeds 40 percent, and many of its members who have jobs are underemployed, he says. The 160,000-acre Spokane Indian Reservation is 40 miles northwest of Spokane.

“If we can start recruiting, training, and retaining tribal citizens as employees for those skilled labor positions that are high-paying, living-wage positions, now we start engaging that economic multiplier effect,” Campbell says of the rationale behind developing an industrial park.

“If the model gets built out like we’re conceiving, then the labor force is going to have to be much bigger than what the Spokane Tribe can supply,” he says.

Campbell says both the cities of Airway Heights and Spokane have the expertise and labor force to help fuel the growth of an industrial park.

The tribe’s federally awarded Promise Zone status is a designation that provides federal support for tribal leaders to address revitalization goals, including creating jobs through investments in renewable energy, housing construction, and technology centers, says the U.S. Department of Interior.

There are only 22 such zones in the U.S. Tedesco and members of the tribe spent more than two months last year crafting their pitch in writing for the tribe to be awarded its Promise Zone designation. The award was granted in June last year.

“Back in August, Jason and I made a trip to D.C., and we made the rounds,” Tedesco says. “We were there for a week, and one of our meetings was in the (U.S.) Department of Commerce to meet with the brass at the Economic Development Administration.”

“We were informed during that meeting that because we were just designated as a Promise Zone, there was funding available for economic initiatives pretty much of your choosing,” he says.

The tribe was awarded a $100,000 grant then, and has since started using that award to begin completing environmental, traffic, and public safety impact studies for the envisioned industrial park, says Tedesco.

“It’s a due-diligence exercise that takes us a step closer to being permit ready and constructible on site,” he says.

Campbell declines to disclose Sovereign Power’s revenues, except to say that earnings have been “modest and steady” through the years.

“We believe we have the ability to develop our own utility authority through Sovereign Power,” he says. “We’re teeing it up to serve tribal residential and tribal governmental operations, as well as any commercial and market-driven businesses that want to participate.”

The Spokane Tribe eventually wants to expand its customer base beyond the reservation to nontribal customers, Campbell says.