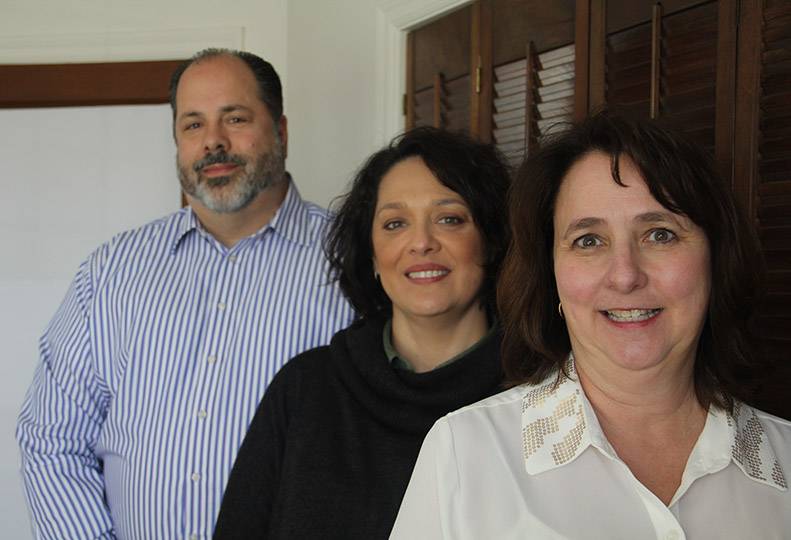 On the heels of a change in leadership, energy technology company FlyBack Energy Inc. soon will start marketing its initial product, marking a transition out of a research-and-development phase it's been in since it was founded in 2006, says new CEO Harlan Lyons.

Meanwhile, Lyons says within a year, he hopes to sell several thousand switches both in the U.S. and globally, and anticipates seeing seven-figure revenues within a year for the company located at 7721 E. Trent in the Spokane Valley.

"We're taking it from being an R&D company to a business-development company," Lyons says.

The company plans on selling energy-conserving dimmer switches for commercial use that it plans to market to companies this year.

Lyons stepped into the top executive role at the beginning of February, succeeding former CEO John Overby, who had held that position for about two years. Lyons previously was CEO and managing partner for Phoenix-based SolarWing, a solar energy concern, and has more than 25 years of experience working in the technology, telecommunications, and energy industries.

Overby currently is president and sole owner of Overby Tech Group, a consulting service here that aims to help startup companies. He says he stepped down from the position with FlyBack to go back to consulting.

FlyBack's sole product for now, called L8030 and being marketed as Pulse, is a light dimming controller that will be made available commercially this fall, with its first customer installation scheduled for next month. The product enables a user to dim lighting that otherwise would be on constantly or for extended periods of time, such as parking garage lights, saving on the amount of electricity used, says chief marketing officer Elsa Guerrero.

"You're dimming it so you're maximizing your energy consumption," she says.

The roughly $4,000 switch, similar in concept to those that can be purchased by people for their homes, is meant for commercial use and is sold in a box-style design, says Mark Stambaugh vice president of engineering. The wall-mounted box is typically installed by a third party electrician or installer, and measures 16 inches wide, 10 inches deep, and is more than two feet tall, he says.

The switch also has energy storage capabilities, meaning energy that would otherwise be lost, is instead captured by the switch and reused, Stambaugh says. The more the lights are dimmed, the more energy is saved.

HID lights produce more light than a halogen lamp, and contain a capsule of gas instead of filament. The HID lights also produce a light close to that of natural daylight.

Currently, the Pulse switch is used only for HID lights, but Guerrero says the company is working on making it compatible with other lighting fixtures, such as fluorescent lights.

Lyons says FlyBack Energy currently is developing other products and uses for its switch, but those likely won't be released for another year. The company has seven patents and eight pending on its technology, he says.

In early 2011, the company planned to begin marketing its product by the end of that year, Chief Financial Officer Marla Telin says. It was unable to do so, however, because of changes made to the switch and because it took nine months longer than expected to receive Electrical Testing Laboratory certification.

"It's a third-party validation that means it's safe to bring to market," Guerrero says, adding that all electronic devices, such as hair dryers and air-conditioning units, need to be certified by an independent company before being sold.

"Of the energy bill of the market we're going after, approximately 20 percent is lighting," Lyons says, asserting that FlyBack's dimmer potentially could save a company about 40 percent in energy costs as it relates to lighting.

The company has 15 full-time employees currently, with plans to grow employment in the coming months. Lyons says within six months, it would like to hire between six and 10 employees in business development, sales, customer service, and marketing.

It currently operates out of a 6,200-square-foot, three-story office building on Trent and has about 2,000 square feet of space for product development at Ecolite Manufacturing Co., at 9919 E. Montgomery Drive.

"We're pretty confident we're going to outgrow this building," Lyons says, adding the long-term goal is to have a large enough space that the company can consolidate its operations into one location.

FlyBack Energy has plans for its first product installation later this month. Lyons declined to disclose the details of that installation but says it will be at a commercial building in Spokane with "a lot of outside parking."

The installation comes before the official product launch scheduled for September, when the company plans to also release its new brand and logo, Guerrero says.

"We're going through a huge transition," she says.

Along with its first commercial installation planned next month, the company is in talks with about 25 customers that represent several hundred potential installation locations throughout the U.S., Lyons says.

Guerrero says the company plans to use a database of prospective customers to draw from once it launches its product and will start a direct marketing campaign.

The company has been testing its products in a research-and-development phase since becoming incorporated. Phillip Smith founded FlyBack Energy with brothers Paul and David Babcock, and all three remain with the company. They worked by themselves until 2010, when they brought on additional employees.

Telin says the company hasn't generated revenue until this point; instead it has been funded entirely through private investments.

In 2010, the company received $2 million in private investment, including $1.2 million from Spokane-based Genesis Financial Inc., Guerrero says. Telin declined to identify other investors.