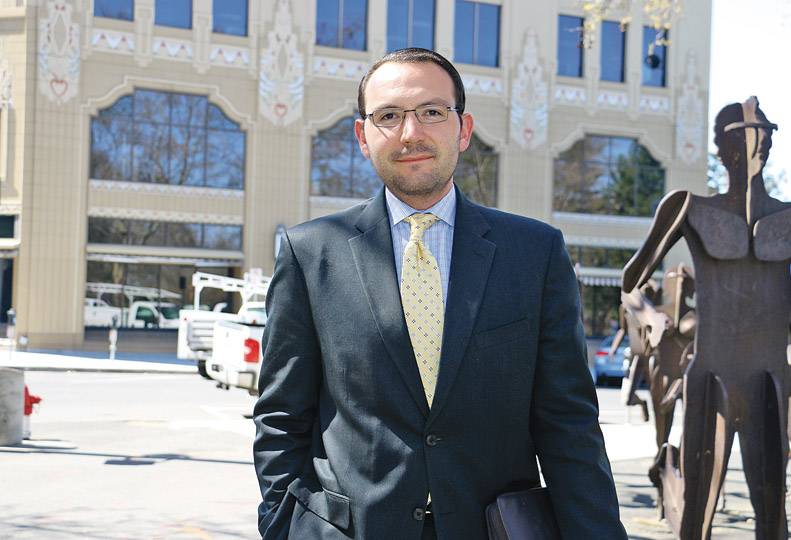 -—Judith Spitzer
Michael Cathcart, government affairs director with the Spokane Home Builders Association, says he and a majority of the SHBA membership are opposed to the sick leave policy.

Spokane City Council members on Monday evening voted to assign a work group to study the possible implementation of a mandatory sick and safe leave policy that would require businesses in the city to give their workers the opportunity to earn sick leave hours and time to deal with domestic violence issues.

Proponents of the proposed policy contend it would protect public health by encouraging sick workers to stay at home and not spread disease. Those who oppose it counter that it would put an unfair burden on small business owners.

The paid sick leave would accrue at one hour of earned leave for every 30 hours worked, available after the first 90 days of employment. As the proposal is currently written, sick leave could be used for an employee’s personal illness, injury, or preventive care, as well as care for a family member’s illness or preventive care, including a child, grandparent, parent, parent-in-law, spouse, or registered domestic partner.

Safe time, as described in the ordinance, could be used for survivors of domestic violence, sexual assault or stalking, as well as closure of a workplace or child’s school or place of care by public officials to limit exposure to infectious agents, biological toxins or hazardous materials.

City Councilman Jon Snyder says he has been working on the proposed ordinance with Carol Krawczyk, the lead organizer of Spokane Alliance, a group of 30 “faith-based, union, and community” organizations here that provided the proposed wording for the policy.

“Families need this family leave to stay home and take care of (themselves) or family members,” Krawczyk asserts.

Snyder says he’s been working with the Alliance for over a year on the policy.

“Only since the beginning of the year has it been a public discussion,” Snyder says. “I’ve heard a lot of desire for policy changes like this.”

“All the businesses in Spokane would have to provide mandatory sick leave,” Stuckart says, adding that 18 other municipalities nationwide have adopted similar laws over recent years.

The Washington D.C.-based Institute for Women’s Policy Research estimates that upward of 40 percent of private sector workers in the U.S. don’t receive any paid sick leave.

A growing number of cities, including Seattle and Portland, are starting to require employers to provide paid sick leave. Both of those Northwest cities implemented policies in 2012.

Proponents of the policy say the adoption of sick leave policies helps to prevent the spread of disease in schools, restaurants and businesses, protecting community health. Without access to paid leave, workers in restaurants, grocery stores, day care centers, and health facilities who don’t have paid sick leave make a decision of whether to go to work and send their child to school sick—or lose a day’s pay, according to the Washington Family Leave Coalition.

Snyder says the group will be looking to make the policy here what is best for Spokane, not necessarily copying what other cities have done.

Several business owners and representatives of nonprofit organizations spoke in favor of the proposal at the Alliance group’s launch in early April, including Scott Cooper, from Catholic Charities of Spokane, and Kate Hansen, who owns Santé Restaurant in downtown Spokane.

Other organizations have come out against the proposed policy.

Michael Cathcart, government affairs director for the Spokane Home Builders Association, says a majority of SHBA’s members oppose the sick leave policy. Cathcart says an informal survey of members indicates about 95 percent would have to reduce the number of employees, or cut benefits, to pay for the cost of such a policy.

“Our members say they would have to mitigate in some way to account for the cost of this, either by looking at wage scales or changing their benefit packages,” Cathcart says. “It doesn’t make sense to make this a public mandate. We are not Seattle. Workers can go to employers who offer sick leave, which many of them do.”

Cathcart contends the burden on small business owners would be especially onerous. He adds that anything like the sick leave proposal would mean business owners in the city would have to compete with businesses in Spokane County, Spokane Valley, and Cheney that don’t have the same policy.

Karen DeMello, owner and general manager of Ace’s Casino Bar & Grill, located at the northwest corner of Division Street and Francis Avenue, says as a small business owner, she is strongly against the proposed sick leave policy. DeMello says she bought into the business just a year ago and today employs 50 full-time and 10 part-time workers.

“A majority of my employees are card dealers who earn minimum wage plus tips, which average out to earning $25 to $40 per hour. These dealers are scheduled to work an average of 32-35 hours per week. However, they never work all the hours they are scheduled to work,” DeMello says, adding that her employees work until they believe they’ve earned enough tips and then request to go home, and she is forced to call in another employee.

“If the city elects paid sick leave, I guarantee these dealers will abuse this process,” she says. “When they feel they’ve earned enough money on a particular day, they will pull the sick card. I will be forced to pay them sick pay, but I still have to pay another employee to cover their shift.”

DeMello says she provides paid time off to management employees because she chooses to provide the benefit. “These (management) employees deserve it, and I know (they) will not abuse the process,” she adds.

DeMello says she doesn’t believe it’s the government’s job to dictate whether or not she provides benefits to all employees.

“I am tired of people believing they are entitled to receive special treatment, such as sick leave, vacation pay, employee discounts, and $15 for minimum wage,” she adds.

Dave Moore, who chairs the Spokane County Republican Party, says the sick leave policy is another layer of unnecessary regulation that would be a burden to small businesses.

Moore, a forensic accountant who worked with large accounting firms before retiring, says he has owned several small businesses and believes guaranteed sick leave will create an environment where fraud can become rampant.

“It’s just human nature for people to take sick days whether they need them or not, and then businesses will have to pay people to come in and cover for them,” Moore says.

Kate McCaslin, president and CEO of the Inland Pacific Chapter of Associated Builders & Contractors Inc., says the paid sick leave is one more thing the City Council is (considering) that ultimately will hurt employers and small businesses here.

“If they do this, it will hurt workers and it will cost jobs,” predicts McCaslin. “I think it’s interesting how they say jobs and the economy here are important, and then they pass these very onerous ordinances that drive business out.”

Snyder says there has been a lot of discussion about communicable disease and looking at ways to reduce the resulting damage to the economy.

“Sick leave is one of the first policies that comes up. There’s lots of discussion on the threshold and variations going about sick leave that needs to be earned … what those look like is what the working group will be studying,” he says.

“That’s why we’re being deliberate about engaging folks and it’s why we decided to do a resolution first and study it.”

Krawczyk says the Alliance has talked with more than 50 groups and individuals in Spokane.

“We’ve heard a lot of stories from mothers and school counselors about kids getting sent to school sick. And, we’ve talked to a lot of families where even one day’s pay matters,” she says. “We don’t want to negatively affect business.”

She says studies have shown this would help with job retention because people would stay with a job if they have adequate sick leave benefits.

The resolution passed by the City Council calls for the work group to be comprised of representatives from the Spokane Regional Health District, local nonprofits, professional associations representing the hospitality and food industry, and owners of small and mid-size businesses.

The deadline for the group to make recommendations to the Council is June.