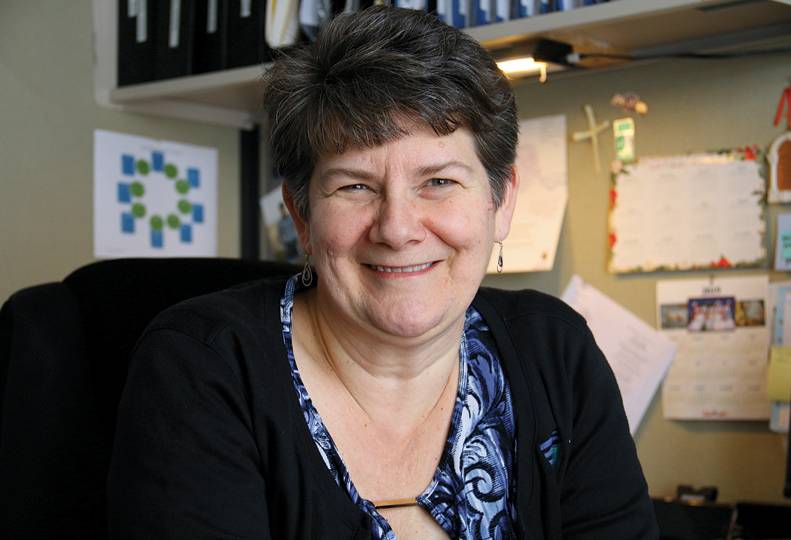 Beth Fifield Hodgson says she didn’t plan to start an environmental consulting firm in which most of the staff would be made up of women. It just worked out that way.

Spring has nine employees, three of whom occupy administrative positions while the rest are technical staff. Among tech staff, consisting of engineers and scientists, four are women, she says.

Fifield Hodgson says her employees have flexibility in their work schedule. She believes that carries a lot of appeal for her employees.

An air-quality client is one that has a facility that creates a byproduct and discharges it into the air, she says.

In the hazardous-waste sector, Spring helps companies manage their waste, trains their workforces, and identifies vendors who can dispose of waste effectively, she says.

The company also helps clients manage stormwater and runoff and monitor for toxic air pollutants and noise. It also offers emergency response training for companies that have hazardous materials on site.

The typical time Spring works with its clients ranges from four months to a year. Spring previously has worked with Spokane-based Avista Corp., Liberty Lake-based Huntwood Custom Cabinets, and CRH, an international building materials company with facilities in Spokane Valley.

“They don’t tend to be very short-term projects. Though right now we’re doing a lot of compliance reports and those tend to be about 30 days,” she says. “On average we’re working between 20 and 30 clients per month.”

“That is one of the advantages of us being a small business, because larger companies sometimes just can’t afford to take a $2,000 project,” Fifield Hodgson says.

Spring has 29 annually recurring clients in its current portfolio. The majority of those businesses are in Eastern Washington, North Idaho, and Western Montana.

Fifield Hodgson says she doesn’t consider herself to be an environmentalist, despite the company’s name.

“My business is to make sure that companies comply with the regulations,” she says. “I do consider myself to be a conservationist. My goal is not out there to save every bug and bunny. My intention is to use the skills I have in engineering to help companies get through the morass of regulations.”

After college, she was hired into a management training program offered by General Electric Co.

“One of my projects was to capture all the ammonia from their tanks to make their work environment better for their employees,” she says. It was at that time that the implementation of new federal air quality regulations was becoming more commonplace.

“I graduated in 1990, so I had an opportunity to become an expert in the field,” she says.

She went on to earn her master’s degree in environmental engineering from Rensselaer Polytechnic Institute, in Troy, New York.

After that, “a guy and a job” at OMNI Environmental Services Inc., in Portland, Oregon, brought her to the West Coast. She arrived in Spokane in 1996 on a one-year assignment with Omni but chose to stay here at its conclusion.

“After being here, I decided I liked Spokane,” she says.

Fifield Hodgson says she’s always had a vision to run her own company in the field of environmental consulting.

“My passion has always been small businesses,” she says.