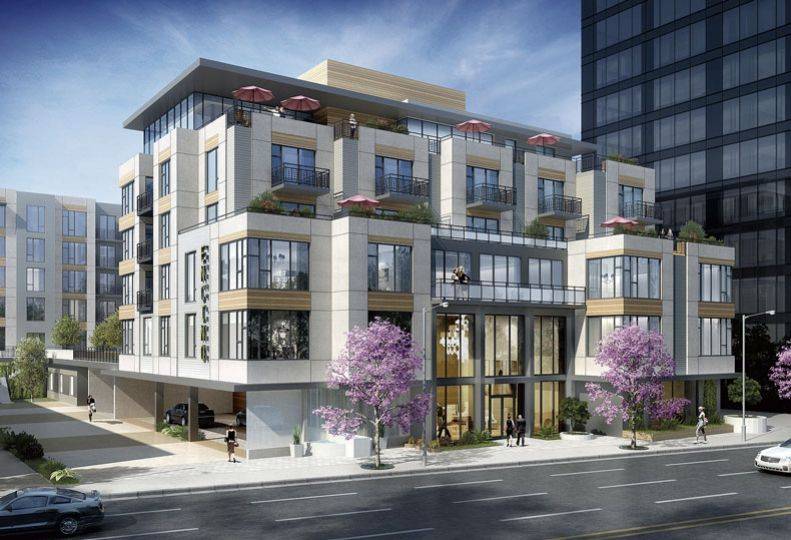 SRM Development LLC, a Spokane-based development and construction company that typically takes on projects far from home, has been steadily growing over the past few years.

The 24-year-old company added SRM Interiors LLC in 2017, and an affordable housing division in 2021 to its portfolio of services.

Ryan Leong, managing principal at SRM, says the company has grown from 50 employees to 80 employees in the last two years

Currently, SRM has five senior housing projects under construction in California valued at a total of about $250 million and ranging from 125 to 200 living units in size, says Leong.

Although the company is based in Spokane, its sights have always been on markets where it could build mid-rise and mixed-use buildings and parking structures.

“We have looked at opportunities here (Spokane) and will continue to do so,” says Leong. “If the right opportunity came along, we certainly would consider being involved.”

“By entering into the affordable housing space, we feel we are doing a better job of offering options to a wide range of people, which includes our multifamily housing and senior housing,” says Leong.

The low-income dwellings will serve residents with incomes up to 80% of the area median income, including some earning below 50% of the median area income, he says.

“We are branching out, first in the Seattle market … to provide housing for that demographic, which historically has not been targeted,” says Leong.

Senior housing historically has been at the core of SRM’s portfolio of work since such facilities were commonly known as nursing homes, says Leong.

“The senior housing that people know of today didn’t exist,” says Leong. “It was, you live in your home and if you needed care you went into a nursing home. Nobody wanted to go into senior housing back then because of the stigma that was where you went to die.”

He says perception of the potential for senior housing shifted in the 1990s and early 2000s.

“Now we are in a phase that is really service-enriched housing,” Leong adds. “It’s something now that a lot of seniors not only consider but want at the right time in their life.”

One current SRM senior housing project is Westmont of Carmel Valley, in San Diego, which consists of 101 assisted-living units and 17 memory care units. The development also will have five single-story duplexes with two-bedroom living units. Other amenities include a salon, a theater, a chapel, a fitness center, a dining room, and an activity room. Outside amenities include a dining patio, scenic overlooks, internal walking trails, and connection to offsite walking trails.

Leong notes that the U.S. population has been going through a major demographic change veering towards a future population that has more senior-aged people than younger people.

“That is going to create different drivers for housing and services,” he says.

In 2017, the company launched SRM Interiors primarily to focus on senior living projects. Led by principal Abbi Hepworth, Leong says bringing the interior design component in-house has helped the company retain historical knowledge from previous projects and continue to build and improve others.

“Abbi has elevated that company to expand beyond senior housing, expanding into multifamily and other projects and developments,” says Leong.

In addition to its primary focus, SRM also selectively pursues office development opportunities, Leong says. Most recently, SRM completed nearly 135,000-square-feet of office building along with two levels of underground parking valued at about $110 million on the Google Campus, near downtown Kirkland. The project is the third phase of the existing Google Campus, which SRM has helped to build over the past 15 years, he says. The recent construction included a sky bridge connecting the new structure to the existing building, as well as a large rooftop deck with a garden and views of Lake Washington and the Olympic Mountains.

While the overall demand for office space has shrunk since the pandemic, most companies within the technology sector believe they will continue to need it, says Leong.

“How often people will go in (to the office) is unknown,” he says. “But (Google) expects to maintain its core office assets.”

Currently, Google is in the midst of completing tenant improvements before moving its workers in.