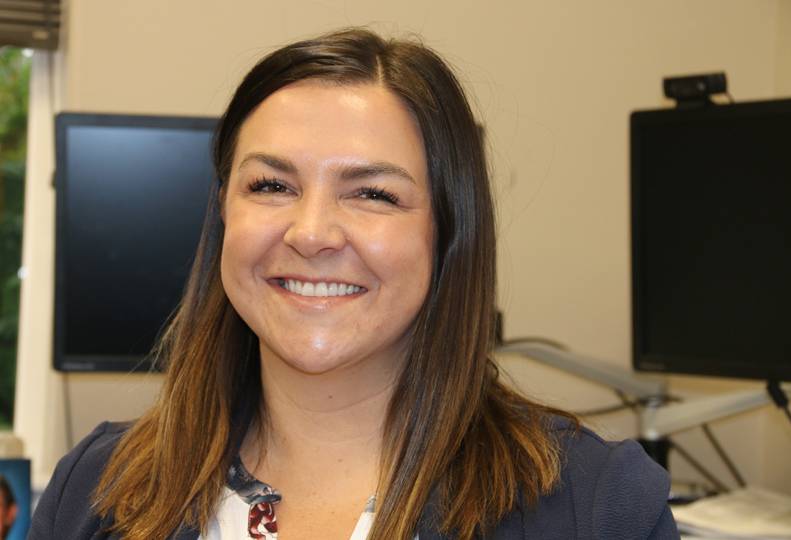 What does a 24-year-old woman of Cherokee descent with a two-year-old going through a divorce decide to do at the beginning of the Great Recession?

Start a construction business of course.

Today, a Regina Lettau has turned that business into an operation with 50 employees generating $30 million in annual revenues currently working on projects in seven states.

“Every day I feel so blessed to be doing what I do,” says Regina Lettau, owner and president of National Native American Construction Inc., based in Coeur d’Alene. “It’s been a humbling adventure.”

NNAC is an American Indian, woman-owned general contracting company that historically has specialized in completing military and government construction projects. Certified as an 8(a) business as classified by the U.S. Small Business Administration, NNAC is eligible for such designation in part because of Lettau’s ancestry.

The federal government’s goal is to award at least 5% of all federal contracting dollars to small, and or disadvantaged businesses each year.

NNAC is headquartered at 3901 N. Schreiber Way roughly a mile-and-a-half southwest of the intersection of Highway 95 and West Kathleen Avenue.

“We’ve been able to successfully secure contracts through our contacts,” Lettau says.

Lettau says she had the benefit of being raised in a construction family. Her father, Randy Smith, owns and operates Hayden-based Northcon Inc., also a general contracting firm.

“I knew I wanted to one day run a business; I just didn’t know that it would be in construction,” she says.

After having her first child, however, she says she needed a more flexible job than what she had at the junior college. That’s when she went to work for her father.

“I started doing the bookkeeping, took on compliance, then began helping in the area of securing multi-state contracts,” she says.

As a soon-to-be single mother, Lettau discovered she met the federal qualifications of an “economically disadvantaged, woman-owned business,” she says. But she had to be self-employed in order to secure federal work.

“I knew the business side but not necessarily the construction side. I had to find the talented people who were smarter than me in the field,” she says.

Despite the fact the national economy was in a free-fall, Lettau sold her home, liquidated her 401(k) and didn’t pay herself a salary until 2012.

Lettau says the decision to start the business at the beginning of the country’s economic collapse wasn’t nearly as daunting as it might initially sound.

“I was about to be a single mother and had a family to support,” she says. “I started with nothing so I knew nothing else. It wasn’t like I had a bunch of stocks and 30 years of legacy experience behind me.”

She moved into a small office in Coeur d’Alene, set up a desk, computer, printer and “went to town,” she says.

Lettau initially helped NNAC carve its niche in federal government projects. But in the last few years the company opened a civil division, a decision that has helped spur unprecedented growth.

Much of the work involves municipal and private concrete and excavation projects, she says.

Currently the company is the lead contractor building a roundabout on Five Mile Prairie at Strong Road in North Spokane, and building another for the Glenrose and Carnahan roads safety improvement project on the South Hill.

Lettau says over the last two to three years, the company has averaged 20 to 30 active projects running simultaneously on a year-round basis.

“We’ve been effective at securing multi-year contracts for work on projects that range from $15,000 to $2 million,” she says. “In doing that, we’ve been able to keep our crews busy locally.”

Kim Benson, a senior project manager for the company, says Lettau has built a firm unlike any other she’s ever worked for.

“There’s a culture of a work-family here,” Benson says. “She makes sure that she’s always taking the time to say how appreciative she is of what we’re doing, and that’s just very rare.”

Nearly every year she raffles off an all-expenses paid family vacation for employees at the company’s annual Christmas party, Benson says.

Benson also cites a recent example of how Lettau secured a different medical plan for employees; one that cost the company more money but made for a greater savings to employees.

“The original plan she was going to use was one of the better ones on the market,” Benson says. “But she kept shopping and came up with something even better for all of us. She could’ve put that money in her pocket. She is amazing.”

Lettau’s husband, Luke Lettau, as well as her sister and brother-in-law work for at NNAC. And it’s not just her family members employed there.

“We have a lot of employees with family members working here,” she says. “When you find good people they often have a village around them.”