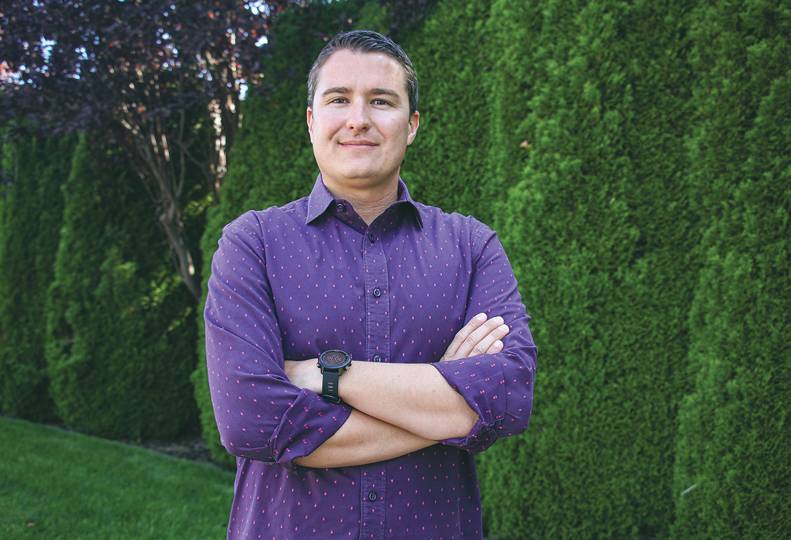 Sam Mansour, owner, partner, and a certified public accountant at Stauffer & Associates, says the company has designs on becoming the largest locally owned accounting firm in the Spokane area. The acquisition, Stauffer & Associates’ first, is a big step toward that goal, he says.

Stauffer completed its acquisition of Butler Robinson on Aug. 16, buying out firm co-founder and owner Tom Robinson. The firm’s other co-founder, Bruce Butler, retired in 2003.

Mansour and Robinson decline to disclose the terms of the transaction.

Stauffer & Associates is located at 2501 N. Fairway, in Liberty Lake, and Butler Robinson is located at 420 N. Evergreen, in Spokane Valley. For now, both offices will keep their current names and locations.

“We’ve gone through a lot of hoops to make sure we keep the (Butler Robinson) name,” Mansour says. “In the next year or two, we might look into something where both of us come under a new name.”

Robinson says the Butler Robinson will remain at its current location for the foreseeable future.

“They’re going to continue to lease that space for at least three years, but I think it’ll go beyond that,” he says.

Robinson notes that the space is owned by a limited liability corporation in which he has part ownership.

While he’s planning to retire in a few months, Robinson says he intends to stay on board for a while to ease the transition.

“I’ll act in a consulting position on some of the larger, more complex clients,” Robinson says.

Mansour says he plans to continue hiring at both companies.

“Our projection is to hopefully have about 60 employees by the end of the year,” he says. “My goal is to become one of the largest locally owned CPA firms in the area and keep it that way.”

In terms of total employment, Stauffer already might be the largest locally owned firm following the Butler Robinson acquisition.

The acquisition brings the total number of employees under Stauffer & Associates to 54. According to employment levels reported to the Journal of Business for its Largest Accounting Firms list, published March 11, only the Spokane offices of Seattle-based Moss Adams LLC and Fargo, North Dakota-based Eide Bailly LLP have more employees.

Stauffer & Associates was founded by Ken Stauffer in 1999, Mansour says. In 2011, Mansour and Shane Cox were partners when they negotiated to buy the firm from Stauffer.

Mansour says both firms consider the transaction to be more like a merger than an acquisition.

“We have a lot of younger, ambitious, highly educated, and highly trained people, and they have a lot of great experience and knowledge,” Mansour says. “We’re not saying, ‘we’re pulling you in and you’re going to do it our way.’ That’s why we’re thinking of it as a merger.”

Mansour says Stauffer & Associates hadn’t been searching for a company to acquire, but when he saw online that Butler Robinson was for sale, he couldn’t resist inquiring, and the two owners met subsequently.

“We thought we were unique in how we want to treat our people and the philosophies we have, but as I interacted more with Tom, I found that he has almost the exact same ideas,” Mansour says. “Probably the No. 1 factor that brought us together as firms is that we have this very deep interest in making sure that the people who work in our business are successful and happy, and that’ll naturally translate into our clients being successful and happy.”

Robinson says he quickly recognized that the two firms would complement one another well.

“We were in alignment with one another in most areas that we talked about,” Robinson says. “It became more evident that this was a very good fit and that the culture that we had created at Butler Robinson was not going to change much.”

It was a deal too good to pass up, Mansour claims.

“This is a natural progression for us,” he says. “They have staff with a lot of experience. We have some mid-level experience and some younger staff. They have clients who have been asking for additional services … but they need additional capacity. For us on the Stauffer & Associate’s side, we have that capacity for them.”