Stay Alfred ramps up its staff in Spokane as sales increase 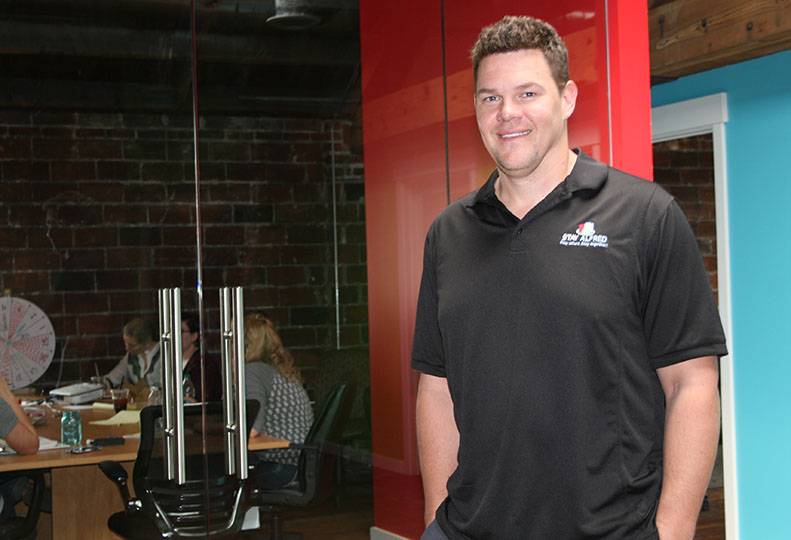 -—Judith Spitzer
Stay Alfred owner Jordan Allen started the company here in 2011 and now rents vacation and corporate housing in more than 10 large cities with more on tap in the near future.

Stay Alfred, a three-year old company based here that rents out downtown vacation properties in large cities, may be one of the fastest growing Spokane companies that nobody has heard of, asserts Skyler Reep, company spokesman.

Jordan Allen, the company’s owner and president, says he has gone from nine employees a year ago to 45 employees in downtown Spokane who work in customer service and reservation positions. The company employs another 100 to 150 sales and support staff, with that number fluctuating seasonally, in cities where the company’s rental properties are located. He estimates the company will have close to 80 employees in Spokane by the end of next year.

“We’re hiring all the time,” Allen says. “We need customer service and reservation staff as well as marketing employees.”

Although Allen declines to disclose specific revenue numbers, he says Stay Alfred has doubled its revenue every year since the company was established in 2011.

Stay Alfred manages vacation rental properties for owners in exchange for a commission fee, which Allen declines to disclose. The company uses several websites to advertise the rentals, including its own web-site at stayalfred.com Airbnb, a website used by owners of vacation rentals.

Allen, who served in the U.S. Army from 2005 to 2012, says that several years ago while on two weeks’ leave from serving in Afghanistan, he was looking for lodging in downtown Denver to watch the Colorado Rockies play baseball. He found a condominium to accommodate friends and family just blocks from Coors Field.

His group loved having access to a full kitchen, washer and dryer, and other accoutrements not available in a hotel room, he says.

“Wouldn’t you rather stay in a 1,100-square-foot, fully furnished downtown condo, than a 300-square-foot room where you have to eat pizza in bed?,” he asks rhetorically.

“What we promise people is location,” he adds. “Our whole focus is putting people in the heart of the city like Pike Place Market in Seattle, the Pearl District in Portland, and the French Quarter in New Orleans.”

Reep says the company’s two- and three-bedroom properties are the most popular, and rates are comparable to three- or four-star downtown hotels.

“We offer much more value when one considers the space and amenities, like full kitchens and laundry facilities,” he contends.

Reep says the company manages properties in 30 buildings, and each building has two to 12 vacation rentals.

Reep says most of Stay Alfred’s guests are families traveling with children who typically stay four or five nights.

“Rates change with the seasons and demand, but as an example our water-view, 2-bedroom condos in Seattle are available for around $289 per night this week,” Reep says. “Our Back Bay Boston properties are closer to $429, and we have brand new condos in Philadelphia for $149 right now.”

Allen says the company name is a combination of the first two letters of his last name and the name of a former partner.

“It’s confusing to some people, we get calls all the time from people wanting to talk to Alfred,” Allen says.

So far, the bulk of his business is about 93 percent families, he says.

“Our market is people in their 40s, 50s, and 60s, who are demanding this type of accommodation,” he adds.

Allen says he’s currently traveling two to three weeks every month bringing on new rentals in different cities, and will be adding properties in downtown areas of Washington, D.C., Dallas, Atlanta, and Chicago in coming months.

Although the company used to offer vacation rentals in Spokane, it became too difficult to find rental properties downtown, he says. However, as construction and building continue to flourish here, he says he hopes to add rentals in Spokane at some point.