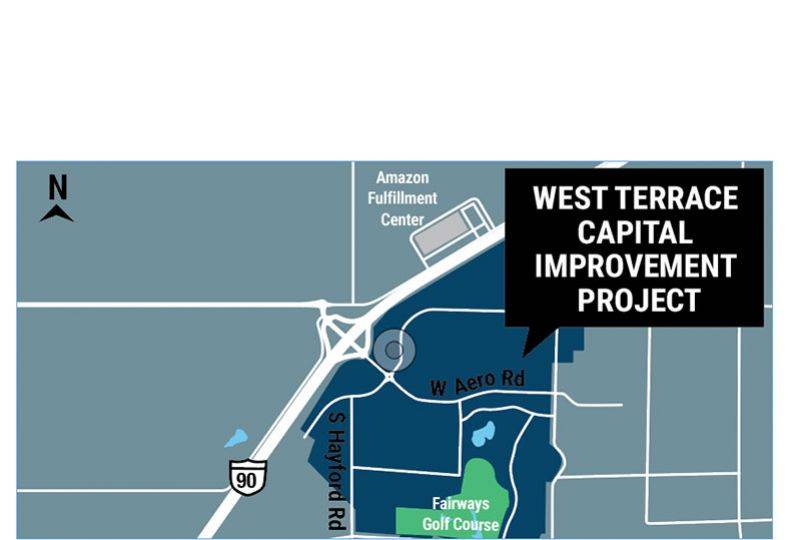 Airway Heights-based Corridor Contractors LLC has been selected as the contractor for the first phase of construction in the West Terrace Capital Improvement Project, which will address the chronic stormwater management issues on the West Plains.

Construction is valued at $5.5 million.

Representatives of Spokane County and Corridor Contractors couldn’t be reached immediately for comment.

A capital improvement project update notice states that the projects have been combined into one large project to be completed in two phases.

A new storm drain is planned to connect those areas and will carry stormwater away from the neighborhood, project information states.

The stormwater project, which is anticipated to be completed in spring 2023, is considered critical for regional growth to support future investment in the West Terrace neighborhood, according to Spokane County’s project summary information.

The company specializes in work on public sector projects, such as Liberty High School, in Spangle; the Eastern Washington University science building, in Cheney; and the Argonne Road-Montgomery Avenue Intersection, in Spokane Valley.