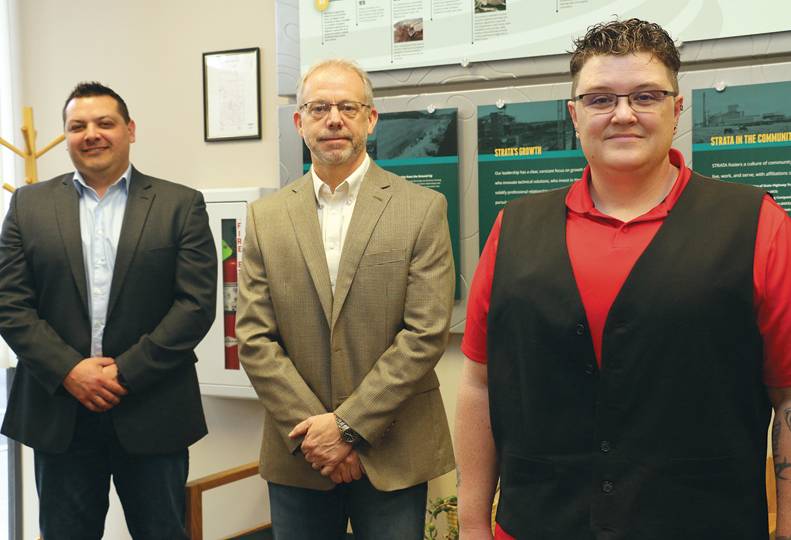 Geotechnical and construction engineering firm Strata Inc. has been overhauling its leadership and culture for the past three years, and recently-promoted chief operating officer Paxton Anderson says the company is starting to see an improvement in employee retention and financial performance as a result.

Strata is based in Boise, with six satellite offices in Idaho and Washington, including the Spokane Valley office at 10020 E. Knox, where Anderson is based.

In March, Anderson was promoted from north region manager to chief operating officer. He says the promotion was part of a larger effort to move away from the more siloed regional structure the company had been operating under.

“We felt it was necessary to have somebody oversee operations for the whole company to promote operational soundness and discipline, build cohesion among our seven offices, and consistency across our entire company in terms of operations,” Anderson says.

It’s the latest in a series of moves aimed at making Strata a stronger company, Anderson says, and Strata has seen proof that the company’s efforts have been working — companywide revenue is up 14% over the past three years, and the Spokane Valley office has seen a 9% increase in profits in that time.

The changes started in 2017 when the former CEO left Strata to operate his own company in Pullman. Then-COO Jim Murphy became CEO, and Anderson became north region manager.

Shortly after the leadership shake-up, Strata hired an independent consultant to help the company create some long-term and short-term goals for itself.

“We wanted to make some improvements to our culture for our employees,” Anderson says. “We interviewed every single employee in the company.”

From that endeavor came a list of projects, ranging from hiring a director of IT to launching a project manager training program.

Each project was assigned an employee to act as a project manager and one to act as project champion.

“It was great to see our employees take ownership and buy into changing the company culture and accomplishing those projects that improve the company for them,” Anderson says. “If your employees like where they work and they like who they’re working for, then they seem to like coming to work. That really will improve the longevity of their employment, and that’s what we’re after.”

Three years later, Anderson says Strata has crossed off nine of the 13 projects the company had developed. The remaining projects are either associated with company finances or are “living” projects such as Strata’s workforce training efforts.

One of the projects involved creating a path for employees to become project managers.

“We felt like we needed to try to improve the way we deliver projects through our project managers, so we developed a seven-week project manager training program,” Anderson says. “We just completed it for the third year a few weeks ago.”

“Ultimately, our goal is to be the premier service provider and professional organization in our markets,” Anderson says.

“We’re trying to reinforce the team that we have and continue to flourish,” Anderson says.

Companywide, Strata employs 96 people, with about 25 working at the Spokane Valley office.

About 10% of Strata’s workforce is seasonal, Anderson says, so an additional 22 interns will join Strata for seasonal work this summer.

Strata’s financial performance has also improved over the past three years, Anderson says — Strata’s Spokane Valley office had been poised to hit $2.7 million in billings this year, but the effects of COVID-19 have thrown that figure into uncertainty.

“We’ll work through the financial impacts as the year unfolds and we’re better able to navigate these murky waters with improved vision and clarity,” Anderson says.