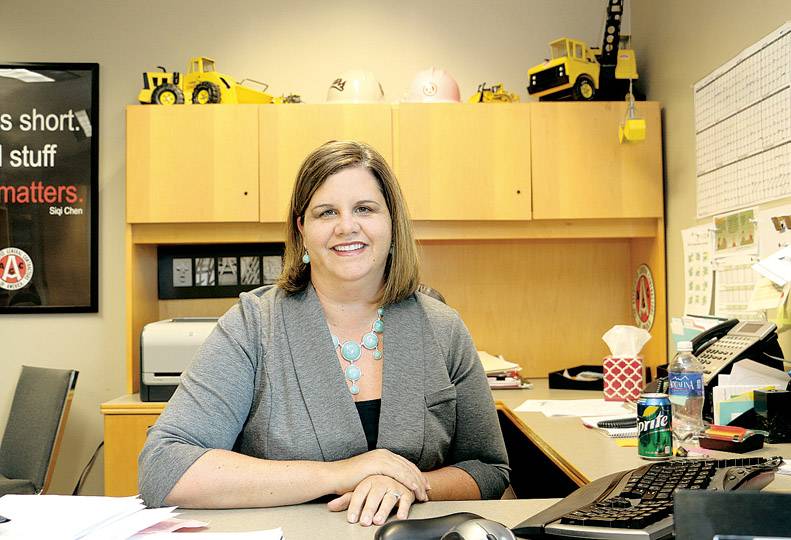 As newly appointed executive director of the Spokane-based Inland Northwest chapter of Associated General Contractors of America, Cheryl Stewart wants to continue the work of predecessor Wayne Brokaw, and make sure the association is out there in the community as the voice of the construction industry here.

Stewart has been with AGC since 2002, the same year Brokaw joined the organization. Stewart says during Brokaw’s 13-year run as director, he has been a critical proponent of the Spokane North Corridor and has made it a priority to help get funding for the project, working diligently with legislators in Olympia.

“Wayne Brokaw also worked with the Greater Spokane Incorporated and the city of Spokane to put AGC in the forefront in the community,” Stewart says. “He has been a great facilitator.”

Stewart, who served most recently as managing director at the association, says she’s been second-in-command there since 2008 and took on the executive director position in January. She plans to continue to oversee day-to-day operations of the organization here, and also will work with AGC membership to lobby for the construction industry at the state level, as well as guide the group’s strategic plan and manage staff.

Arlington, VA-based AGC of America was formed in 1919 and the local chapter was started here in 1921.

Workforce development is currently Stewart’s top priority, she says, and she is working to find a solution to the problem of worker shortages.

“We need to recruit more people into skilled-trade positions,” she says, adding that an aging workforce has created a need across the U.S. for more construction workers, especially carpenters, laborers, and equipment operators.

Stewart says the organization supports the use of apprentices; the association sponsors two apprenticeship programs of its own and is developing a third.

“We need a way to pull younger people into the industry. We have an aging workforce. We need to train new people and work on getting them into industry apprenticeship programs,” she says.

Still, she says she doesn’t support an ordinance passed last November by the Spokane City Council that mandates an apprenticeship program for contractors and subcontractors working on public works projects costing more than $350,000.

“We were opposed to the ordinance. The new law puts the burden on the contractor instead of the apprentice program … and it’s a requirement with a penalty attached to it,” she says.

Stewart says she is working with Mayor David Condon’s office on sorting out the administrative details of the new regulations.

“We want to help track the potential pitfalls as far as the ordinance goes. We have issues with it, especially if there are no apprentices available (for hire) and contractors will be fined for it.”

Currently, Stewart says she and the organization’s members are trying to get several transportation funding bills passed—legislation that would put $1.3 billion into the state’s infrastructure, paid for with a gas-tax increase.

“Over the next three years, it will bring about $800 million into our region. We want to be sure Eastern Washington get its fair share of the funding,” she says.

She says 11 bills that comprise the transportation package have passed the Washington State Senate and now are in various House committees. “There is a funding bill, two spending bills that outline the projects. and eight reform bills,” she adds.

Another of Stewart’s main priorities is growing membership in the organization, she says.

“The more members we have, the more resources we have today for a better industry tomorrow,” she says. “Everything we do for workforce development helps to benefit everyone in the industry.”

AGC is one of two large commercial contractor associations with chapters in the Spokane area. The other is Associated Builders & Contractors Inc.