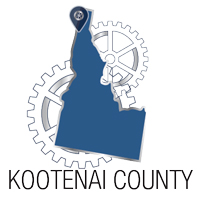 North Idaho wasn’t exempted from the pandemic-induced economic crisis of 2020, but the entire state may be recovering slightly faster than most of the country, contends Sam Wolkenhauer, Post Falls-based labor economist for the Idaho Department of Labor.

“Idaho is setting the pace of recovery and making good progress,” Wolkenhauer asserts.

The department estimated in October that employment in North Idaho had exceeded 98% of the October 2019 level.

“This compares very favorably to the national economy, which has only reached 94% of last year’s employment levels,” Wolkenhauer says.

Even under pandemic conditions, Kootenai County’s high levels of in-migration throughout the summer helped construction, real estate, and financial services sectors stay busy, and the growing base of consumers has helped cushion the blow from COVID-19, he claims.

Development hasn’t slowed in west Kootenai County, where a number of commercial and residential developments will carry into or start in the new year, says Shelly Enderud, Post Falls city administrator.

“As for 2021, we are continuing to plan for a busy development year with residential continuing to be strong and continued business relocation planned,” Enderud says.

With the $48 million road-widening project underway on state Route 41 from Mullan Avenue north to Rathdrum, businesses and commercial developers are expected to begin pulling permits in spring 2021, so their sites will be ready when the highway project is completed in 2022, Enderud says.

The much-anticipated Hardwick & Sons hardware retail store is selling goods online and expects to open its new 22,000-square-foot Post Falls store at 3820 E. Mullan, in 2021, following the recent closure of its original Seattle store, she says. Near there, a Maverik gas station and convenience store currently under construction at the Northwest corner of state Route 41 and Mullan Avenue also will open in 2021.

In Coeur d’Alene, the city’s urban renewal agency, ignite cda, will see a busy year in one of its newer districts, says Tony Berns, the agency’s executive director.

The agency’s Atlas District encompasses 68 acres of land including the former Atlas Mill site, between the north bank of the Spokane River and West Seltice Way, starting at the east boundary of the Riverstone urban village development.

A waterfront park there is nearly complete and about 70% open, Berns says. The rest of the park will open in the spring. Next up will be construction of infrastructure to serve development behind the park.

The development will have single-family homes, including some townhome construction, and apartment construction that likely will include some retail elements.

“It will probably start coming out of the ground late in the first quarter,” Berns says.