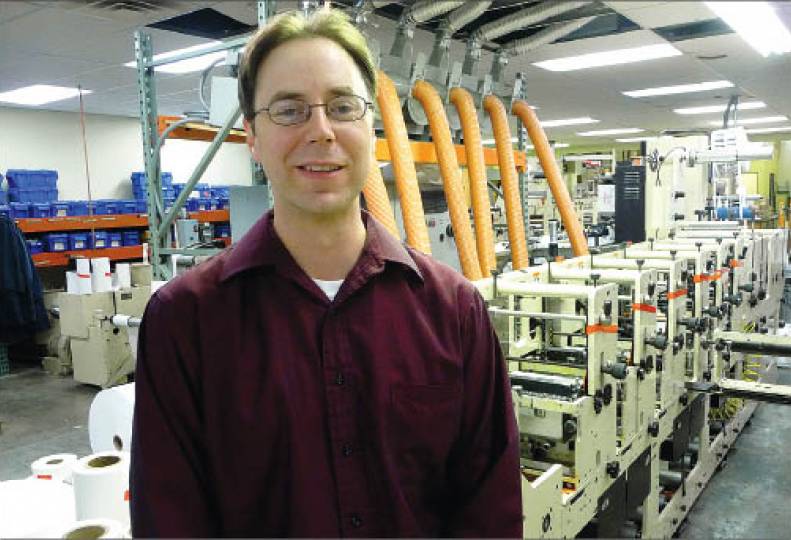 While it's become common for businesses to seek energy efficiency by upgrading lighting, windows, and air systems, what's less known are the other, often innovative, efforts they're making to "go green." And they say those things aren't just the right thing to do, but rather make good business sense.

A sporting goods retailer is saving 240,000 gallons of water a year after installing low-flow fixtures in its office and warehouse facility. A number of businesses have reduced or eliminated the use of solvents that can harm the environment. A new salon made the point of buying furniture made of sustainable woods and recycled waste. A home-health company acquired a fleet of fuel-efficient vehicles for its employees.

"When you do the right thing and you do it long enough, people notice," says Benjamin Ross, sales manager of Ross Printing Co., of Spokane, which has installed solvent-free printing plate equipment. The effort, Ross says, "is fueled by the fact that we want to be around for a long time, and we want to be economically and environmentally sustainable."

Mountain Gear Inc., a sporting goods retailer here with a longtime store and a growing e-commerce operation, wanted to make its office and distribution center facility in Spokane Valley not just energy efficient, but also a better working environment for its employees, says President Paul Fish.

Mountain Gear installed high-performance glass and an Energy Star-rated roofing system to reduce energy loss, as well as motion and daylight sensors to reduce use of artificial lighting, in the 112,000-square-foot building, at 6021 E. Mansfield. It also installed low-flow toilets, waterless urinals, and low-flow faucets in the restrooms to save water.

The moves help the environment, but also the company's bottom line, Fish says. The facility, which was constructed in various stages from the 1950s to the 1970s and Mountain Gear finished remodeling in late 2007, uses nearly 40 percent less energy than conventionally-designed office or warehouse facilities, which translates into $22,000 electrical and natural gas savings each year, he says.

"Our water use is virtually zero," says Fish. "We use a little bit for dishwashing, and hand washing."

To get employees "off the bottle-water habit" and reduce demand for plastic water bottles, Fish has provided chilled, filtered water at the office.

The company also focuses on cutting down waste.

"You've got to think about what you buy, and only throw out what you can't do anything else with," Fish says. "It's easier here to recycle than it is to throw something out."

Fish had a full kitchen installed at the office, with plenty of refrigeration space, so employees can cook their own meals. A garden that was planted outside the building gives employees more opportunities to eat healthy, he says. Fish says that if employees eat lunch at work, they're more relaxed during their breaks and likely more productive during the second half of the day.

The company also does composting at the office. "It's one big stew, and mix it all in," says Fish.

There are things a business can do, and then there is the company's philosophy, Fish says.

In January, American Way Collision Center, located at 1320 W. Francis, became what it believes to be the first auto body shop in Spokane County to switch from solvent-based to water-based paint products.

"We wanted to be environmentally friendly, and wanted to be the first one to go green," says company Vice President Bob Wallace. He says it's an advantage to get acclimated to what will be mandatory eventually. "It's the way of the future."

As a result of the change, American Way's volatile organic compound (VOC) emissions will go from an estimated 4.3 tons per year to an estimated 1.1 tons per year, a reduction of 75 percent, Wallace says. The reductions also make it a safer and healthier workplace, he says.

Wallace says the changes required an investment in new equipment, as well as training, but the move has been seen positively by the shop's customers. "It's a good sales tool," he says.

Ross says the company, located at 1611 E. Sprague, made the change because the technology was available, it is environmentally sensitive, and state and federal regulators want printing companies to be proactive and take such steps. He says printing companies today have the opportunity to be nearly 100 percent sustainable, and Ross Printing is working toward that goal.

Beacon Cleaners, with eight locations in the Spokane area, is one of the first dry-cleaning businesses in Washington state to use a new environmentally-friendly dry cleaning solvent called Exxon Chemical Drycleaning Fluid-2000, says Lisa Woodard, a spokeswoman for Spokane Regional Clean Air Agency.

The solvent can be used as an alternative to conventional dry cleaning solvents, such as perchloroethylene and petroleum solvent, which now must be used under stringent air quality and hazardous waste regulations because of the environmental and health concerns associated with the chemicals, she says.

Owner Michael Nowling says the vehicles were chosen for their fuel efficiency rating, and will be used by nurses, therapists, and nursing aides who make the most patient visits in the four counties Family Home Care serves.

"Those racking up the miles fastest were offered the cars first," Nowling says. Employees pay $250 per month and can take the vehicle home and use it for personal driving. Family Home Care pays for the gas, maintenance, insurance, and other expenses, he says.

The cars provide a consistent presentation to clients and also ensure employees have fuel-efficient vehicles that can reach even the most remote, hard to reach clients during any of the four seasons, Nowling says.

The first 20 cars are on trial, and the company will make a decision about possibly leasing more in the next six months. The company has about 250 employees who make home visits.

"We're not going to change the world with those 20 cars, but it seems like the responsible thing to do," Nowling says.

Sprout Salonspa, an Aveda Corp. salon that expects to open later this month at 1628 W. Francis, says it has purchased about 75 percent of its furniture from a manufacturer that uses environmentally-conscious and sustainable wood and other materials from industry waste in China.

Co-owner Jeremy Yedinak says the manufacturer is Etopa, of Hammond, La., which primarily uses recycled Chinese rubberwood, a tree that is replanted and grows rapidly for future use.

At Spokane International Airport, TechnoAviation Inc., a Connecticut company, plans to build 13 hangars that will be fitted with solar panels on their roofs, and electricity generated by the panels will be fed back to the power grid.

"T-hangars only use electricity to open airplane access doors and to power lighting for nighttime use," Greg Weed, vice president of TechnoAviation, says in a news release. "The savings will be used to pay for the solar panels."

The company, which builds hangars and leases them to airplane owners, says it plans to construct hangars with geothermal heating, and hangars with rain water reclamation for airplane washing are being considered at other airports.

The company had been storing the wood waste in a hopper and then hauling it to Moscow, Idaho, where the University of Idaho burned it in wood-fired boilers, and was heating its own facility with natural-gas fired boilers.

Doma Coffee Roasting Co. installed a new roasting machine, at a cost of more than $100,000, to save energy. The machine reduced by 80 percent the amount of natural gas the company uses and reduced the company's carbon-dioxide emissions by 250,000 pounds, says Avista Corp.

At Quarry Tile Co., of Spokane Valley, two new kilns boosted its tile production and also saved the tile maker about $48,000 a year on its natural gas bill. Avista worked with the company to analyze its gas usage to fire the kilns, and chipped in $225,000 toward the second kiln's $449,000 price tag. The increased production, meanwhile, helped Quarry Tile compete against foreign competitors.