Smaller nonprofits expected to be hit harder, though trends aren’t as clear in Spokane area 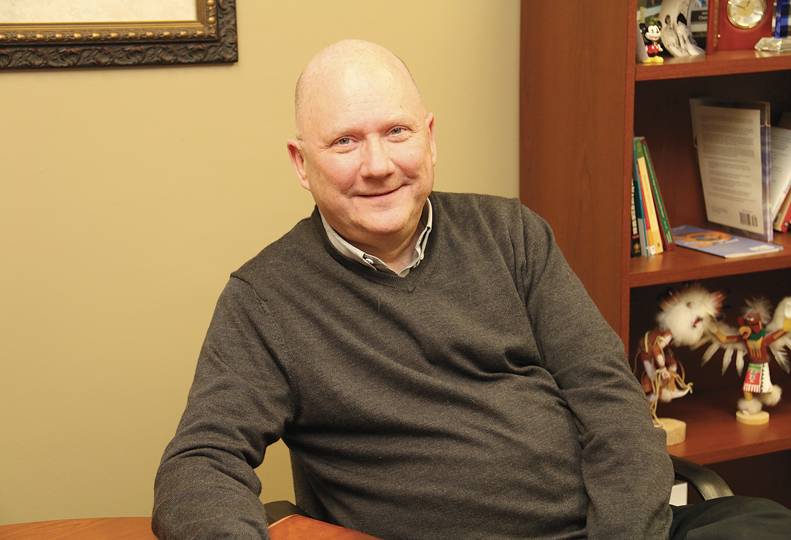 A panic spread through nonprofits in the Inland Northwest and elsewhere last year after federal tax changes were enacted. The concern: charitable giving would decrease and hamper the organizations’ budgets.

Last year’s implementation of the Tax Cuts and Jobs Act of 2017 limited the number of itemized deductions and increased the standard deduction to $12,000 for singles and $24,000 for couples, almost double what it was in 2017. Consequently, it doesn’t make sense for as many people to itemize their deductions now as it did previously, and those taxpayers wouldn’t be able to write off expenses they would have in the past, including charitable donations.

The Tax Policy Center and the American Enterprise Institute estimated in November 2017 that the changes to the income tax provisions of the Tax Cuts and Jobs Act would reduce charitable giving by $12 billion to $20 billion nationwide in 2018, which would roughly equivalate half of all donations through the year.

Data compiled by the Blackbaud Institute for Philanthropic Impact show that nationwide, small nonprofits saw a 2.3 decrease in overall giving for 2018, while medium and large nonprofits saw an increase of 2 percent and 2.3 percent, respectively. Data for Spokane County is unavailable at this time.

Based on the data compiled by the Blackbaud Institute, small charities, those with budgets under $1 million, will likely be hit the hardest as they often rely on smaller donations. The institute is the philanthropic arm of Blackbaud Inc. a Charleston, S.C.-based cloud software company dedicated to connecting nonprofits to technology to increase their impact.

Larger nonprofits, which often have higher-level donors and corporate donors, saw an upswing in donations because of higher tax breaks for corporations, she says.

Kevin Mead, vice president of resource development for Spokane United Way, concurs. Mead says Spokane United Way has seen a significant upswing in the level of corporate donations and that several of the organization’s individual donors weren’t itemizing to begin with, so the organization hasn’t seen a significant impact in that method of funding.

As a result of corporate tax changes, Mead says there is now a combination of corporations having a lot of money and a desire, whether driven by altruism or external pressure for corporate responsibility, to give back to the community, leading to a higher number of corporate donations.

Roxanne Gossard, the Lynnwood, Wash.-based director of development for the Washington state chapter of the Alzheimer’s Association, says the Spokane office of the organization had a record-breaking year with a 57 percent increase in charitable giving.

Gossard says the organization has remained on-trend with the uptick in charitable giving, but says she wonders if the tax change will be on people’s minds more frequently after the current tax season.

However, Gossard notes that the tax deduction incentive isn’t the primary motivator for most donors, as most tend to donate because they support the work the organization is doing rather than to receive a deduction on their taxes.

Ann Marie Byrd, director of development and communications for Catholic Charities of Spokane, says the nonprofit saw an estimated 7 percent to 10 percent decrease in overall giving in 2018. However, she attributes the decline to the fact it was an election year rather than a result of tax changes, adding the organization often sees a decline in giving as people shifted those funds to political campaigns.

Mead predicts nonprofits that rely on the “everyday philanthropist” will see more hardship ahead, which could have a more profound effect than the tax law changes.

“In terms of our internal analysis, we’ve identified things that are more pressing on those individual everyday philanthropists … than changes in the tax code,” he says.

Those challenges include the median household income, the housing market, and the rise in student debt.

Mead contends that because of consumer price inflation the average household is operating with $1,000 less annual income than it should to have the same buying power as in previous years.

With that deficiency, fewer people can donate, he asserts.

He also notes that the cost of a house has increased year-over-year in the Spokane area, and that rent has increased as well, further tightening the average donor’s budget.

Mead also says the percentage of student loans in default nationwide has roughly doubled in a decade.

With this crunch on the average donor’s budget, Byrd says she’s noticed a trend of the younger generation shifting toward volunteerism versus philanthropy, noting that Catholic Charities had about 1,000 more active program participants in 2018 versus 2017.

She says one of Catholic Charities current strategies is to get volunteers in at the ground level and gradually shift them to philanthropic donors over time as they become financially sound.

“Organizations that bring in $10 million and above saw more giving, and the smaller organizations hurt more, and we hear that from our nonprofits a lot because a lot of the nonprofits in our area are small and struggling,” says PJ Watters, director of gift planning for the Innovia Foundation.

Watters says Innovia’s budget hasn’t been impacted by the tax law changes because foundation works mostly with estate and gift plans. The Innovia Foundation actually marked its biggest fiscal year to date in 2018, she says.

The Innovia Foundation is a Spokane-based nonprofit that oversees targeted scholarships, endowments, and local grants.

“(Mobile-enabled giving is) one of the important ways that if you can capture the ease of making a gift for a smaller donor, that might help offset some of the negative impact of the tax code,” he says.

Another common trend noted by multiple organizations was the shift to “bunched” or donor-advised funds.

A donor-advised fund is an established philanthropic vehicle that allows donors to make charitable contributions, receive immediate tax benefits, and then recommend grants from the fund over time.

Mead claims, however, there could be drawbacks to this method.

“Somebody called this ‘where charity goes to sleep,’” he says, “There are no distribution requirements … (I can) continue to fund and build up a pot without having to actually spend down that pot.”

Watters says she expects to see more donor-advised funds in the future as more attention is brought to it as a good way to give back and still receive the tax deductions.

“The overall answer is that the goal posts are moving for philanthropy,” Mead says. “The taxation is a part of why it’s moving, but it’s only one facet of it.”