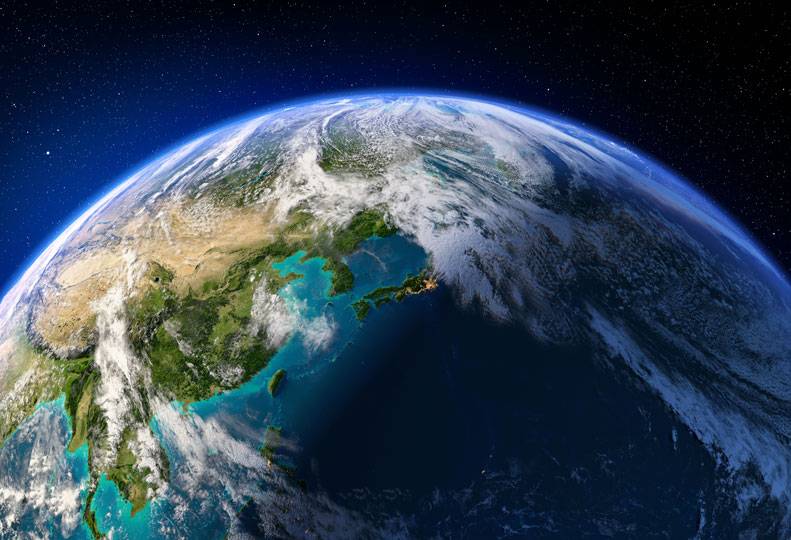 Altek Inc., a longtime aerospace manufacturer based in the burgeoning bedroom community, produced a series of steel rods for Space Exploration Technologies Corp., better known as SpaceX, to assist in deployment of satellites into orbit following the Feb. 15 launch of a SpaceX rocket.

After Altek representatives spent a couple of years cultivating a relationship with the privately owned, Hawthorne, California-based aerospace company, it was all systems go, says Altek President Mike Marzetta. SpaceX submitted a work order to Altek last year for parts in anticipation of the Feb. 15 launch.

Marzetta says the company has future orders with SpaceX but declines to give specifics.

He and other heads of major aerospace manufacturers in the Inland Northwest say the privatization of space exploration and travel is beginning—slowly—to create economic opportunities for supply-chain manufacturers suffering financial losses in the face of dwindling orders from Boeing Co. and others in the commercial airline industry.

Even before the pandemic, the 20-month ground of the Boeing’s 737 Max aircraft following a pair of crashes caused a drop in orders for several area manufacturers.

The U.S. Federal Aviation Administration in November signed an order allowing the 737 Max to return to service. On Feb. 20, however, Boeing grounded 69 of its 777-model aircraft following engine failure on one of those jets on a United Airlines flight from Denver, Colorado to Honolulu, Hawaii.

And just last month, airplane composite flight deck and floor panel assembly maker Triumph Composite Systems Inc. announced it will close its Airway Heights manufacturing plant in the summer of 2022 due to financial losses suffered during the pandemic.

Now more than ever, Inland Northwest manufacturers with long histories in Boeing’s supply chain are looking to develop new relationships within the aerospace sector.

Altek, located at 22819 E. Appleway in Liberty Lake, isn’t the first manufacturer here to have a relationship with SpaceX.

Less than a mile east of Altek, representatives at AccraFab began cultivating relationships with space exploration and travel companies a few years ago, says Mark Norton, a senior business development manager with that company.

In addition to its work for SpaceX, AccraFab fulfilled orders for Blue Origin, LLC, which is headquartered in Kent, Washington. Blue Origin was founded by Amazon.com Inc. founder Jeff Bezos in 2000 while SpaceX was founded by billionaire automaker Elon Musk two years later.

Norton declines to disclose more specifics about the nature of work AccraFab did for the companies. With eyes affixed to the future, and the stars, Norton says AccraFab continues to pursue more opportunities to do business with Blue Origin, SpaceX, and other companies like them.

“It’s been a couple of years since we completed those orders,” Norton says. “We continue to have conversations but haven’t landed anything as of yet.”

Both Marzetta and Norton say cultivating relationships with such companies can be more challenging due to the confidentiality of the nature of the work.

“It was a hard nut to crack,” Marzetta says of making contact with SpaceX.

Historically, 50% of Altek’s business has been dedicated to manufacturing parts for commercial airliners. But that part of its business division dropped in revenue by 70% in 2020 from 2019, he says.

“We’re hanging in there right now,” Marzetta says of Altek. “We were able to offset some of that revenue loss with PPE orders, but they generated a super-low margin for us. We’re still pretty fortunate, but it’s not fun.”

Though he declines to cite exact figures, Marzetta says the amount of revenue the company earned from SpaceX wasn’t nearly enough to offset large losses felt by the overall decline of aerospace work.

The Inland Northwest Aerospace Consortium estimates there are as many as three-dozen manufacturers in Eastern Washington, Central Washington, and North Idaho that play a role in the production of a Boeing airliner.

Prior to the arrival of COVID-19, traveling to industry events and trade shows was the most effective way to meet representatives of space exploration and travel companies, Norton says. The pandemic now has rendered all activity online, making it even more challenging to find networking opportunities.

“It’s a pretty organic process,” he says. “As with all things, it’s a matter of timing I guess.”

Norton says a significant number of aerospace industry representatives have migrated to the business-oriented social media platform LinkedIn during the pandemic era.

In the commercial airline industry, also considered a part of the aerospace industry, major manufacturers with substantial work orders and annual revenue, such as Boeing and European corporation Airbus SE, are classified as tier-one companies.

Meanwhile, Spokane Valley-based Eclipse Printing Inc. is an example of a tier-three company. Eclipse manufactures nameplates, labels, and decals for a wide variety of products, including aircraft interiors.

Tier-two and tier-three companies supply the tier-one manufacturers with certain parts and assemblies.

Kelly Espe, vice president of Eclipse, says it could be just a matter of time before work for a private space company is forthcoming.

Eclipse, located at 3302 N. Flora in Spokane Valley, is the sister company to Color Craft Inc., which is located in Tukwila, Washington. Espe says Color Craft has secured several work orders from private space companies in the last couple of years.

“We each have different work sets,” Espe says of Eclipse and Color Craft. “I think it won’t be long before its our turn. We definitely keep in tune with each other about what the other is doing.”

Even though the aerospace sector makes up just 3% of Eclipse’s total orders, Espe says he is awaiting the release of approved funds for three pending orders scheduled to head the company’s way from commercial airline companies.

Norton also serves as the chairman of the Inland Northwest Aerospace Consortium, which assists in developing and promoting collaboration between aerospace manufacturers and service providers, ranging geographically from Ellensburg, Washington, to Bozeman, Montana.

Those were among some of the sentiments shared by aerospace industry professionals during the Pacific Northwest Aerospace Alliance’s 20th annual conference held two weeks ago as a virtual event. Pacific Northwest Aerospace Alliance is a nonprofit organization based in Seattle that promotes the growth and global competitiveness of the aerospace industry across the country.

While federal subsidies through the form of pandemic-related assistance allowed supply-chain companies to stay afloat, Norton says the sentiment among industry leaders was that it merely delayed the inevitable. Companies that struggled to transform their operations mostly went out of business.

In the meantime, Marzetta says he hopes last year’s order fulfillment for SpaceX is just the “tip of the iceberg” for future work from private space companies.

“We’re pursuing those opportunities very much with SpaceX and the greater space industry,” he says. “We’re really just getting our foot in the door.”